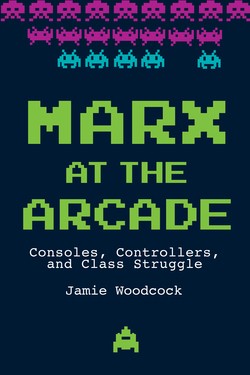 This is a fascinating book, which delves into the video games industry in all its forms. It takes us from the original games developed in the 1950s by the US military, through the popular personal computer (PC) and console games of the 1990s, to the massive modern games such as Assassins Creed and Fortnite. Along the way we meet Marx, in a special scene in Assassins Creed Syndicate, learn about the money it takes to make modern games and the rise in unionism amongst games developers. Finally, in a section on online play, we are introduced to the Gamergate movement, almost exclusively male and sexist which has close links to the alt-right and Steve Bannon, who is claimed to be creating a new right political force.

In 2017, the videogames industry generated revenues estimated as $108bn. The top grossing company is Chinese firm, Tencent, with turnover of $18bn, equalling the turnover of the second and third companies combined. Another Chinese company, Netease, is the sixth largest. China is gradually taking over from the US and Japanese console makers. Games themselves have shifted from upfront costs to making money from extra purchases to distinguish or reward players. In 2017, there were 7,672 games released on Steam, which has cornered the market for downloadable games and mods. The links between some games and the military are all too real, with a recruitment advert for the British Army featuring an unbranded Xbox flying a drone. This form of ‘militainment’, involves state violence being translated to an object of pleasurable consumption. Other games feature weapons actively placed by arms manufacturers in return for paying royalties, but only so they know the ‘good guys’ will use them.

For those who work in games development, such as in Scotland, the use of Non-Disclosure Agreements is increasingly common. Much work is now outsourced, to ‘below the line’ workers across the world each of who carries out repetitive work. Of the above the line workers, largely male, 54% receive over $50K and 15% over $75K in salary per year. Bonuses are also common. As games have grown, work is carried out in up to 10 development studios across the world. This leads to alienation, and is against the anarchistic tendency of early games developers around 80% of whom are under 35. Union organisation is at an early stage with major steps being taken forward in 2018, with the establishment of Games Workers Unite. There is much more in the book, read it to find out.