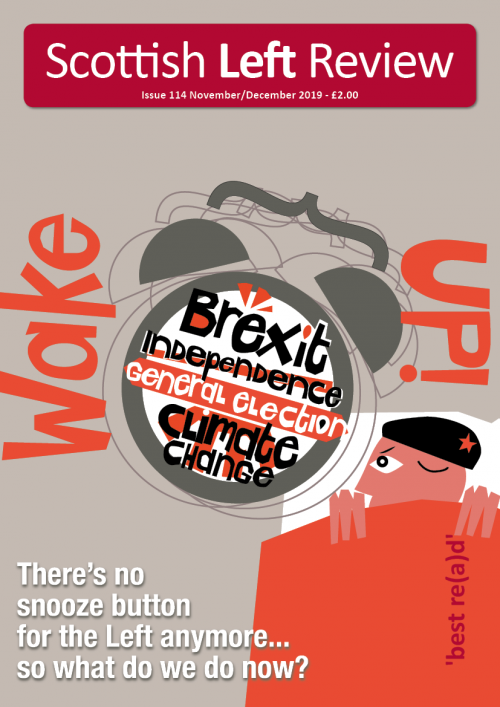 All articles in this issue bar the editorial and the Brexit election tracker were written before the decision of parliament to dissolve itself in preparation for a 12 December general election.

Hoping and dreaming of a red Xmas

Britain has had a tradition of khaki elections – like those in 1900, 1918, 1945 and 1983. Khaki elections are those where the influence of wars to come, ongoing wars or wars just finished is the determining factor in deciding the outcome. Sometimes it can represent a shift to the right like 1983 or a shift to the left like 1945. It would not be out of place to suggest that the 2019 general election could be seen as something similar because Brexit has been like a multi-faceted civil war without guns, whether this be within Britain as a whole, within political parties or amongst the left and the unions.

The outcome of this general election could be critical and catastrophic for many years to come if the Tories are returned with a working majority (which could be as high as 50). Under this scenario, Johnson’s Brexit deal will be passed and Britain’s exit from the EU will take place on 31 January 2020 or shortly before. Polling for since the summer has suggested this is a probable or more than likely outcome – and where the votes of the DUP would no longer give it leverage it had before and especially now that it is angered by Johnson’s proposed Brexit.

Polls involve asking hypothetical questions about voting intentions at particular points in time. On this basis, they are not the best indicators of how voters will vote come an actual election, especially where the campaign itself may have a bearing on how people decide to cast their vote. Polling for the 2015 and 2017 general elections was badly wrong, first suggesting Labour would win a working majority and then suggesting the Tories would win a working majority. Many believe that the combination of Corbyn, the groundswell for Corbyinism and the obligation within election guidelines for radio and television to give Labour more of a fair airing explained why Labour did so well in 2017 when this was not expected. In that sense, no polling can predict what will happen in an election period based upon data collected in a non-election period.

So, the left must not just hope for but also work for either a Labour government in its own right or one where the SNP supports Labour on a confidence and supply basis. This is the reason for the dream of a red Christmas. The reasons are fairly self-evident in terms of what further wreckage the Tories would wreak on working people and the working poor by increasing economic and social inequality and by contrast what amelioration of existing economic and social inequality Labour could bring about. Though Johnson promises more spending on the NHS, it is clear this investment it is not substantial enough in the NHS to meet the scale of its underfunding and nor is it available to other parts of the public services. Amongst other things, Labour is promising to end austerity, invest in public services and infrastructure and provide workers with the means to reduce the imbalance of power in workplace.

But sober analysis of the situation in 2019 does not make it look likely that it will be a re-run of 2017 or anything similar for some obvious reasons. First, the frustration about not ‘getting Brexit done’ is palpable – this was not the case in 2017. Second, Johnson is a far better political operator and campaigner than May. And third, Corbyn is no longer the’ new kid on the block’ as he was and who talked about doing a new and gentler form of politics. Labour will find it hard to get traction for its non-Brexit agenda on austerity and inequality. Although it now has a pitch of ‘improve the terms of any Brexit deal and then put this to the people in a referendum’, this position has taken such a long time to get to – as it tried to straddle the divide of its ‘remain’ and ‘leave’ supporters – that it has left many of its disillusioned ‘remain’ and ‘leaver’ supporters considering voting SNP or LibDem or Conservative respectively.

Yet, we should also not totally discount the possibility though that the political paralysis could continue, whereby the division over Brexit is an equally balanced one and which leads to another hung parliament. This would severely test the standing of parliamentary democracy in Britain.

Returning to Brexit proper for the moment, whatever type of Brexit we’ll get under the Tories, it will be one for further deregulation and more neo-liberalism, especially if the basis of Brexit is World Trade Organisation (WTO) rules. It is a terrible indictment of the overall current state of politics that anybody remotely on the left could succumb to Brexit frustration so that they support the ‘get Brexit done’ mantra of Johnson and the Tories. This is because it is clear that Johnson’s renegotiated deal opens the way to a much looser relationship with the EU than envisaged by May, and allows for more ‘divergence’ with EU regulations. As the Financial Times (26 October 2019) reported, you only have to see that with the issue of the protection of workers’ rights and the environment having been moved from the legal text of the withdrawal agreement and being put instead into the political declaration (which has no legal force). Thus, there is no longer any assurance on these ‘level playing field’ commitments. In practice, it will be up to the government that negotiates the free trade deal to decide how strong a commitment to EU rules it is prepared to make.

Brexit is, of course, not the only issue for the left. The death of 39 migrants in a cold storage truck is a barbaric condemnation of the neo-liberal type of world we now live in – desperate people took desperate measures to pursue a better life, thousands of miles away from their families and friends. A better world would not see people compelled to do such things nor allow others – the traffickers – to profit from their desperation and misery. The free flow of labour – better put as people’s right and ability to move freely as they wish – is something that neither the proposed Tory Brexit nor the EU look favourably upon. It heartbreakingly remains the safe preserve of the rich.

The jailing of the Catalan independence leaders is another barbaric act. But we cannot just condemn this. Unless and until independence movements take the struggle directly to the source of the respective problem – the power structures and vested interests based in the capitals of London and Madrid for our purposes here – it will remain the case that demonstrating (and striking) in Edinburgh or Scotland or Barcelona or Catalonia is necessary but at the same time wholly insufficient. Better to do so in London or Madrid. Without suggesting that such mass mobilisations can easily constitute the magic panacea, putting millions on the streets in those capitals would send a far stronger message. Demonstrating in Edinburgh or Barcelona can more easily be ignored by the powers that be. That should be a lesson for the new radical group in Catalonia called ‘Tsunami Democràtic’ or ‘All Under One Banner’ in Scotland. Indeed, this tactic would seem to be needed no matter what happens in the forthcoming general election. If the Tories win, gaining a Section 30 order to hold a lawful independence referendum will not be forthcoming. If Labour was to win (albeit as a minority government reliant upon SNP support), the speed at which a Section 30 order would be granted and for when would be granted for will be the main issues. The SNP as the primary political party of independence has a problem here. It has never organised such extra-parliamentary action and barely supports those that do. Yet if, as predicated, it has a replay of its 2015 success, the SNP leadership strategy of pleading for a Section 30 order will be shown to be ineffectual. It will then have its own version of the ‘feeble fifty’ like Labour had the in the 1980s.

Extinction Rebellion (XR) scored something of a rather spectacular own goal at Canning Town tube station in London on 17 October. Stopping commuters getting to work on public transport seemed to be very badly misjudged. But what was intriguing about this was that this type of action has happened before in the April 2019 XR mobilisations but without the same reaction from commuters. It was that angry reaction that facilitated the media’s attack on XR following the smear from Johnson that they were ‘crusties’. XR’s leadership – called its political circle – will need to be a lot more streetwise in future if it is to not only keep the momentum on the issue pushing forwards but also stop it from falling backwards.

In this issue of Scottish Left Review, we have articles on Brexit, independence and climate change plus a host of other issues. As we did not know whether a general election would be agreed to be held to when we decided upon the theme for this issue, we choose not to make our theme for that issue and instead around these other aforementioned issues. When we have our first issue published in 2020, we will be able to reflect upon the outcome of the first winter election since 1923 and what this means for the left – as well as what the left should then do now. 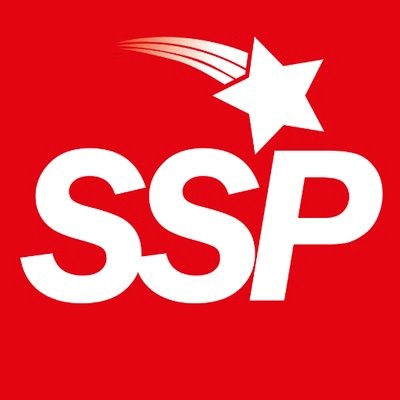 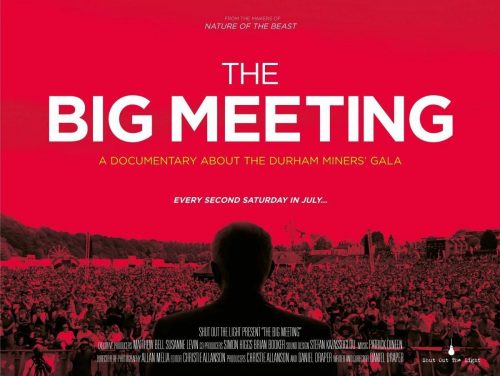 The theme of this issue of Scottish Left Review is an examination of the intentions, processes and outcomes of the

Municipal socialism – the time is now