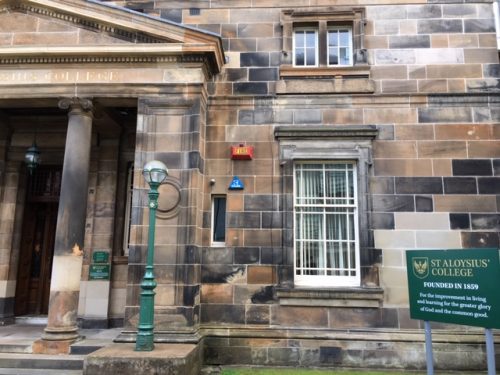 This piece is stimulated by my experience holidaying in Elie this summer. Elie has a failed economy. Most of the properties are third or fourth homes. They are lived in for some of the summer period of the British public schools. Otherwise, it is a ghost town. These great properties are empty shells most of the year. Elie is typified by private school distinction and profound differences from the other end of the class spectrum along the coast (excluding St. Andrews during university term time). The periods of time these children spend over the vacation in Elie are thoroughly structured by sporting and reading activities. They continue to follow their parents’ diligent pursuit of the cultural distinction formally initiated by their private education. It is fitting that Elie is represented by the figure of Lord Keen of Elie QC, Conservative Party politician and Advocate General for Scotland. Like many associated with Elie he lives in Edinburgh. He was educated at one of the oldest independent schools in the world.

In a sense, Elie is an adjunct to elite schooling. It is safe to drop it into carefully crafted conversation, unlike other coastal areas of Fife, the mention of which would be a faux pas unless clearly ironic. As I strolled about getting the odd ‘Good Morning’ or reluctant ‘Hello’, I realised I was moving within a very particular type of micro-sociology, one that has managed to become hegemonic despite its meagre quantitative size demographically. I began once again to think about class in Britain and myths around social mobility through educational attainment signalled by merely passing school exams.

Rarely was a recent Labour Party’s prime minister’s school background mentioned throughout his political career. Tony Blair received his ‘new’ Labour cultivation at Scotland’s Eton, Fettes College. It mattered to the wider appeal of his party that his elite and highly privileged educational credentials were a matter of some secrecy, before he took office, during his premiership and, indeed, afterwards. It is as if his credibility would be undermined in the eyes of the traditional working-class voter if it was to be known that his schooling was identical to Tory political elites. A Fettes heritage would have been one enabling factor of his access into Oxbridge and its circles of authority and old boy’s network. The iconography of the Independent Schools Council (ISC), the association of private schools, presents a vision of a type of quintessentially English class security, success and entitlement through its summer-time images of the game of cricket set in an idyllic rural landscape. Separation from the urban mass is important in recruiting affluent customers.

The hidden social worlds that private education nurture and promote do untold damage to the growth of meritocracy which even gaining a university education may never undo despite it seeming to symbolise class mobility. Even the renowned University of Durham claims to have discovered that in England students achieve more in independent than in state schools. And yet statistical demonstrations of difference rarely capture the deeper machinations that lie beneath these apparent sectoral differences.

George Simmel (1858-1918), the German sociologist of secrecy, drew our attention to the ways power requires secrecy to succeed and secrecy is also required for retaining power. Secrecy and disingenuous parental utterances are associated with their assiduous pursuit of private education. Secrecy is connected with maintaining the ‘right’ distance from others. Boundaries are impossible without secrets. Taboo exists in relation to some subjects, such as discrimination and negative views of groups or persons. Typically, stigma is connected with issues of colour and sexuality. For our purposes, parents exercise disingenuity so as not to present themselves as prejudiced against others – in this case those whose class status falls below them in the British class hierarchy. It would not be acceptable to say in public that you do not want your middle-class child to mix with their ‘inferior’, the working-class child. This subject is important at a time when social mobility in Britain is, at best, static and, at worse, reverted to a quasi-Victorian class hierarchy of entrenched life-chances and the narrowing of ambition this indicates. Hegemonic positions also require and necessitate losers.

The Sutton Trust education charity aspires to support a meritocratic order and advocates, like other well-meaning organisations, attaining the goal of a fairer Britain. Yet it is entrenched within the values of a received hierarchical class structure. The discourse of the ‘best universities’ – a euphemism found in this policy architecture by marginalising the post-1992 sector as tacitly inferior to the Russell Group (the so-called ‘best universities’) – by definition reinforces the likelihood that students in that sector, the majority are already from working-class origins, will be stigmatised and their employment prospects reduced, not to mention their class mobility.

Such is the pervasive nature of class that its institutionalisation helps it go unnoticed even within a higher education sector that we are all told opens up opportunities for all irrespective of their social origins. Gaining access to the ‘best universities’ is associated with the school a child attends – those entering the Russell Group are disproportionately privately educated. Privilege seeps through the highly porous boundaries of our systems of cultivation. Parents are strategists when it comes to educational choices as Professors Stephen Ball and Diane Rey, sociologists of education have discovered in their urban case studies of class choices. Operating as family CEOs, these parents are to be forgiven for spending large sums of money on their children who could easily be educated free at the point of charge by going to the local state school and in that way damage to the social fabric is avoided. Many parents opting into the private system are not rich. Instead, they perceive it as likely to guarantee a more positive future than their child would experience if educated through the state sector.

The City of Edinburgh is highly class stratified by area of residence and schooling and presents an ideal case study for practices of prestige seeking and social distinction. Its financial industries provide employment for a high skills workforce, many of whom are recruited from the south of England where class structure and elite privilege are more apparent than in other parts of Britain. Many of the offspring of this constituency are likely to opt into the private sector which is accessible to their high salary base, and aspirations. Many are likely to have been schooled through selective education and desire that their children retain their position within that elite intergenerational mobility strata. Edinburgh has been identified by University of Edinburgh educational sociologists as a driver of social class mobility. As French sociologist, Pierre Bourdieu, argued learning the ‘rules of the game’ is like most learning – best assimilated as early as possible. That ‘game’ entails knowledge of ‘distinction’, how to recognise it, and why it must be networked into – otherwise downward class mobility may occur.

Social divisions and their causes consume time and energy to perceive and understand. A friend of mine described a major fall out of two golfing friends who clashed on the subject of whether or not sending your children to a private school was a bad thing. Choices of that depth reverberate down the life span. They impact how you present yourself and how others regard you. Parents I’ve spoken to emphasise the benefits of the smaller class sizes in selective education and good standards of behaviour in classes. Rarely have they raised the issue of social network building and projecting their children into advantageous networks which they expect will aid them socially and in employment opportunities. Through financial investment in a private education, many different cards are being played. It represents a desire to acquire ‘distinction’ through prestigious symbolic capital which can be readily ‘cashed’ in in due course. Staying outside the state sector is by implication the attempt to engineer who one’s children make friends with and through them class attitudes, values and ambitions. The parents of the middle-class child do not hold the ambition for their child to ‘learn a trade’ or to become ‘an apprentice’. There is more at stake than small class sizes in the decision of parents not to use their local state primary or secondary school. Bourdieu spent his academic life analysing these fundamental questions about social stratification and their maintenance through strategic behaviours, acquisitions of cultural markers of taste and the networks they are embedded within.

The ISC lists nine private schools in Edinburgh, some by repute are rated as more prestigious and in fact are more expensive. Its website uncritically references the controversial University of Durham’s research study setting out that independent education advances by two years (‘value added’) a student’s education compared with those attending a state school. For girls St. George’s situated at Ravelston Dykes prides itself on success at ‘sending’ girls to Oxbridge. Per term its boarding fees are a little below £10,000. Its current intake is 779 pupils. It has networked with the profit-making private university called the New College of the Humanities (NCH), in London, through an essay competition for which a St Georges school pupil was shortlisted in 2019. It costs a reputed £54,000 to take a degree there. The NCH, based in a prestigious leafy Bloomsbury Grade 1 listed five story Georgian townhouse worth millions of pounds, was founded by academic A.C. Grayling, the brother of the Tory MP Chris Grayling. Its critics (including the literary critic, Terry Eagleton) see it as an assault on public universities. The Tatler magazine, which claims in a recent issue to know about the ‘Royals’ is cited on its website. The Tatler targets the upper-middle to upper classes.

Along the road by several hundred yards and remaining in an area where house prices are exceptionally high there is Mary Erskine’s catering for 763 pupils. Catering traditionally for boys, Edinburgh Academy, founded in 1824, accepts 1115 pupils. Fees for the academic session 2019-20 were £14,823 for the senior school. Its nursery is £9,228 per academic year. Aiding its ‘distinction’ is the fact that its school motto is in Greek, ‘Excel Always’ is the translation, despite the fact that studying Greek has to be done by special arrangement and is extra-curricular, or as an after-school activity at the Academy. Private schools give special attention to badges of social distinction. That elitism is represented by an inclination to associations with ‘highbrow’ cultural markers such as the Tatler, and the NCH, as well as an iconography of classical buildings, classical languages and sense of entitlement. The passing of Highers – whatever the quality of these grades by state school pupils – will not make a strong dent into this exclusive social world. Edinburgh parents and those from outside who invest in its private school sector are simultaneously accepting a conservative right-wing vision of the political and cultural status quo.

It is the establishment of that confined and confining nature that they endeavour to emulate and to accommodate their children into – many parents will be its beneficiaries. It is foolish to believe that this culture will ever be challenged with a meritocracy despite it being a huge impediment to a meritocratic society. Our sportspersons, judges, dentists, doctors and vets, to name some leading groups that ‘benefitted’ from private education, will continue to dominate these positions however bright and hard working the student is from working-class origins. In Edinburgh, the visitor can see easily different social worlds by peering into passing 4x4s navigating Morningside Road on the ‘school run’ or by standing by bus stops as pupils from different schools crowd onto busses at the end of the school day. Such exclusively private and more public journeys mimic wider pathways sketched in this piece.