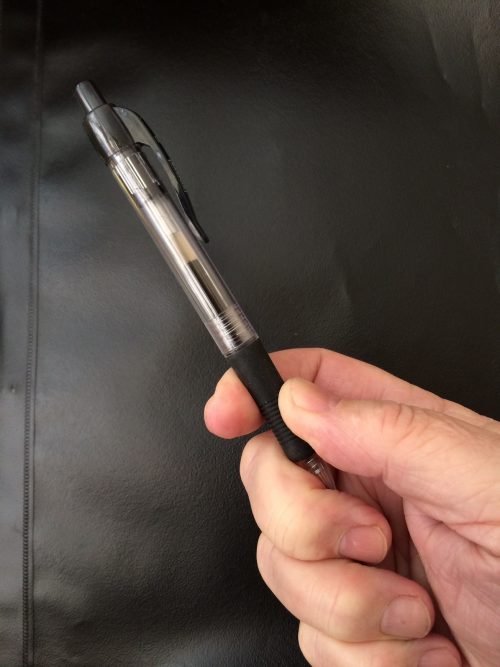 Scottish Left Review encourages our readers to respond to published articles. Here we print correspondence on an article in the last issue.

Joseph McAleer (Scottish Left Review, January/February 2019) positions himself alongside right-wing figures such as US Senators, Marco Rubio and Ted Cruz, in his apparent support for punitive US sanctions against the people of Nicaragua, despite the history of repeated US destabilisation in Latin America. He also attacks the Nicaragua Solidarity Campaign for ‘shamelessly supporting [President Daniel] Ortega’. However, NSC has no political affiliation, but works in solidarity towards reducing poverty and supporting the poor in Nicaragua, lending support where appropriate to any government programmes that contribute towards this aim.

But in this regard, completely contrary to Mr McAleer’s assertions, the current Sandinista government has been stunningly successful. Since returning to power in 2007, poverty has been halved and extreme poverty cut by 60%, according to World Bank figures. Education fees have been abolished, and pupils provided with free school meals. According to UNESCO, illiteracy has been eliminated. Healthcare is free and the health budget has tripled, with maternal mortality dropping by 58%, 350 new hospitals or clinics built, and millions of children vaccinated.

Nicaragua is now fifth in World Economic Forum’s gender equality index, with equal gender representation at all levels of government and a specific programme of interest free loans to women. The proportion of energy from renewables has more than doubled to 56%, causing the International Development Bank to praise Nicaragua as ‘a model for the world on the shift to green energy’, with 87% of the country connected to the national grid, compared to 56% in 2006. A resurgence of unions, repressed under previous right-wing governments, means Nicaragua now has the highest density of union membership in Central America.

Does this really sound like a neo-liberal government? Mr McAleer is also grossly misinformed about the coup attempt. Violence has come predominantly from opposition supporters or opportunistic thugs, with victims primarily being Sandinista supporters. McAleer also exaggerates the number of people who have been killed. Protests have not been made illegal, and there are no arbitrary detentions or torture taking place.

All those arrested have been detained for terrorism or criminal violence in connection with the coup. Detention is in prisons which are sanitary and the least violent in Central America, and provisions include medical care and fortnightly family and conjugal visits. Families can also provide food and other items to prisoners, and all detainees are dealt with by the courts according to due process of the law. And, claims that the FSLN’s electoral successes have been a result of fraud are in contradiction of the Organisation of American States, amongst others, who broadly categorised the last national elections as free and fair. That such a fundamentally inaccurate picture should appear in the Scottish Left Review is deeply concerning. The real neo-liberal forces are at work in their on-going attempts to divide and weaken the left, and it is up to us to ensure that we are resilient against the propagandists for right wing ideas and anti-democratic regime change.
James Poke, Acting Chair, Nicaragua Solidarity Campaign (http://www.nicaraguasc.org.uk/)

Readers should not be misled by Joseph McAleer’s account of what he calls the ‘betrayal’ of the Sandinista revolution. As a Labour Party member living in Nicaragua, I can report that the Sandinista government, which returned to power ten years ago, has made enormous progress in combating poverty, extending health care and education, and developing the small and medium business sector of the economy. One symbol of its success is that the latest ‘gender gap index’ published by the World Economic Forum places Nicaragua fifth among 149 countries, well ahead of Britain (at 15th).

This progress was severely jeopardised by the coup attempt in April-June last year, which was far from the ‘non-violent insurrection’ that McAleer describes. This is made clear by the fact that the first deaths from the violence were not among the protesters, and included the first
of 23 police officers to have been killed (with over 400 wounded). It was an insurrection, and it was violent from the start, even though the total deaths are about half what McAleer claims.

McAleer seems to welcome the US sanctions that have been imposed, presumably agreeing with Trump’s adviser, John Bolton, that Nicaragua is now part of a ‘troika of tyranny’ with Venezuela and Cuba. But all socialists should reject US intervention of any kind, not least given its violent history in Central America. Yet instead of rejecting US help, the leaders of the insurrection received US funding for years for their so-called ‘democracy’ programmes, which enabled the coup-mongers to be trained to use whatever opportunity presented itself (in this case, objections to social security reforms). Even while the coup was in progress and Nicaraguan people were suffering from the violence, the leaders travelled to the US to plead for more funds and for the sanctions which Trump has now given them.

At no stage did the coup-mongers put forward any alternative proposals for government, only their demand that President Ortega should resign. The country was paralysed for three months by hundreds of far-from-peaceful barricades, used to stop transport, intimidate people and in many cases to rob or kill them. Fortunately, the government gained the upper hand in July and peace has been restored. I’m convinced that the vast majority of Nicaraguans want it to continue. Despite the campaign in the international media to assert that Nicaragua is suffering repression, life has largely returned to normal. It would be excellent if Scottish Left Review was to make it clear that while Joseph McAleer has a different view, I’m sure that most Nicaraguans do not share it.
John Perry, Masaya, Nicaragua