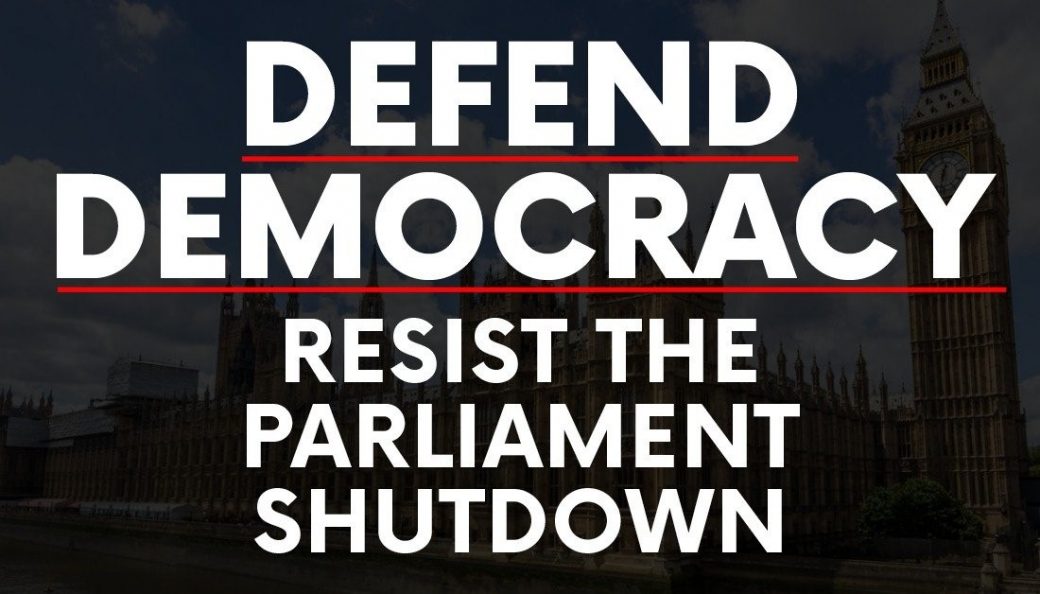 Making predictions on what is going to happen in our politics is always difficult. However, once again Scottish Left Review has asked me to pick up the mantle and peer into the immediate future and what the prospects are for Boris Johnson and a ‘no deal’ and what they mean for independence for Scotland.
It is perfectly possible by the time this issue goes to print that we will be in the beginning or the middle of an election campaign, one that will be fought on the twin basis of Brexit and Scottish independence.

Sitting in the House of Commons can have its surreal moments, none more so than Boris Johnson’s first statement as Prime Minister. This was a crash course in Trump-esque politics. A ‘what if Trump had been educated at Eton’ moment. Boris truly is the Etonian Trump. Yet only twenty-four hours before, he embarked on a cabinet reshuffle that would not have looked out of place in an episode of the Game of Thrones such was the carnage. It was a calculated and planned lurch to the right.

In order to take him on, we should dispense with the theory that he is some sort of buffoon or clown. Boris Johnson is devious but he is no clown. Every step taken so far is a calculated move by him and his advisers. For months even when he was written off by the political pundits, he has been preparing for his premiership.

Playing chicken with the European Union in order to get some sort of deal is a deliberate tactic as is the threat of ‘no deal’. For many in the Tory ranks, leaving without a deal and trading on WTO terms is the preferred outcome. For them ‘disaster capitalism’ in which they and their financial backers pick up the pieces at knock down prices is the vision going forward.

Perhaps, the most astonishing sight so far has been so-called former spin doctors, including those from the Blair era, presenting Boris as a social liberal. Really? Under him, we have a Home Secretary who supports capital punishment, and is presiding over the abuses of human rights of asylum seekers, as we are witnessing in Glasgow right now with Serco using surveillance tactics to evict them. And, the recent case of a man heart and breathing issues having his locks changed while attending a hospital appointment further dispels the notion of a socially liberal PM.

Until questioned by me in the House, there was not one mention of workers’ or employment rights in his opening statement. Nor has there been since. Whatever did become of Theresa May’s Workers Rights’ Bill to go alongside the Withdrawal Agreement? Fair to say it’s been consigned to the dustbin of history.

Aside from Boris, other developments are worth noting. The election of a new Liberal Democrat leader suggests a move to the right. Jo Swinson’s record as a Minister has rightly come under some scrutiny. This was the Minister who cut the notice period for redundancy from 90 days to 45 days, voted for cuts to disability benefit, and continued austerity.

The insult to Govan in a memorable episode of Question Time using differing statistics to try and back her arguments, arguments which are now being scrutinised by the Statistics Authority, was a clear example of right-wing middle-class snobbery.

Add to this the clear miscalculation that she and her party should pick the next Prime Minister, or indeed leader of the Labour Party – a privilege that currently is offered, correctly, to card carrying members of the Labour Party. Ruling out deals with Labour and the SNP demonstrates that the Liberals are considering lending the Tories a route to power in a post-Brexit Britain.

Meanwhile, Labour is still trying to piece together a policy that can satisfy both its ‘leave’ and ‘remain’ voting areas but has yet to find a coherent policy which satisfies all strands of party opinion. However, it is the utterly bizarre reaction to a fairly non-controversial remark from John McDonnell that is worth noting. To suggest, as he did, that whilst not supporting either independence or a referendum on it, that if people vote for that proposition of a referendum then the proposition should happen is common sense. The reaction from some Labour in Scotland politicians – that Westminster should block such a proposition – is foolish and leaves them open to charges of being undemocratic.

There are, of course, still political opportunities in the midst of all this. The current Department for Business, Energy and Industrial Strategy (BEIS) consultation on zero-hour contracts and insecure work presents an opportunity to offer a different vision where fairness in the workplace and dignity at work are achievable targets. The key challenge for us all on the left is to take on the arguments that deregulation is best.

The last curious observation has been attempts by Tory leadership contenders to set the terms of when and by what means there should be an independence referendum. This makes another referendum inevitable. Setting the SNP electoral targets in Westminster or Holyrood elections will serve to motivate the membership to reach those targets.

An electoral contest featuring a positive, progressive vision of independence versus the threat of ‘disaster capitalism’ with an insular view of the outside world, will motivate each and every SNP member to persuade and encourage our fellow Scots that the former is the best way forward.