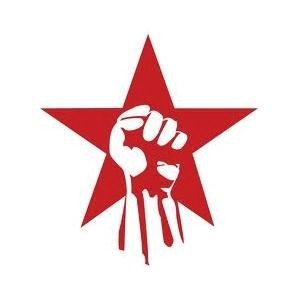 ‘Late Night Girl’ tells of the bullying behaviour at work she suffered and how she is fighting back.

My story with Pret-A-Manger is very complex and long. Only in hindsight, do I think I understand the extent of what I’ve been through and how systemic the problem of workplace bullying in profit driven companies can be.

I have always worked in the food industry in three different countries. I have worked in a hotel, wine bar, canteen and various restaurants and cafe chains but I have never experienced the stress and discrimination I went through in Pret. Only now, when I have contact with unions (like the BFAWU) and activists, do I realise that this is a growing problem as a result of capitalist globalisation and the accompanying intensification of competition.

Before I worked in Pret, I was an assistant manager (AM) in Caffe Nero. Nero was a lot of stress, but nothing like Pret, and the atmosphere with colleagues and managers was relaxed. I left Nero as Pret paid better. Even as a new team member, I got paid more than as an AM in Nero. I would not have left Nero if the wage was not so poor. Little did I realise that the reason Pret pays a little more than its competitors is because the work is so intense, incredibly stressful and with a bullying environment under poorly trained management.

But I’m used to hard work and don’t shy away from it. I started in Pret in 2008 just when Bridgepoint, the private equity investor, purchased Pret and put forward the target to open on every street corner (in London specifically). That meant a lot of managers were needed, but there was not the effort to really train them, and most have neither people nor leadership skills.

But again, I gave Pret the benefit of the doubt, thinking in time when I moved on or rose upwards in position that it would become easier. I never expected this bullying environment – which at first I denied was happening as it happened in every shop I worked but it continued and even intensified when I was bereaved.

I was a team leader of the shop floor – there is a separate leadership in the kitchen – from around 2011 onwards. Team leaders do the real work, whereas managers tend to sit in the office, come in late, leave early, look important, go to meetings etc. Team leaders are blamed a lot while not being supported.

My story really starts to become horrendous when my brother died. This in itself was the most traumatic event in my life and I never expected to be treated so badly with the seeming intention to have me leave my employment as bereaved employees seem quickly to become something of an inconvenience in Pret, and often in many other companies.

My brother died in December 2014 in his flat and was not found for approximately six days when neighbours smelt the strong odour of his corpse. My brother was self-employed – after having gone back to studies, he started his own business as an environmental advisor on green energy to companies. He travelled throughout Germany where I’m from, so it was not unusual that neighbours didn’t see him much.

We didn’t know for five weeks that my brother died, and to make it even worse, the police did not investigate properly, not finding us and after a few weeks just cremated him. I have written extensively about this on my blog (https://expret.org/). Here, I summarise what I went through in Pret.

I travelled back and forth between London and Germany for the funeral, running errands, investigating what happened, brought my mum with me to London as I had to continue to work. I spent all my savings with all the costs and was forced to return to work.

I had basic support from Pret as staff receive a few days ‘compassionate leave’. But that was all. I was never sat down and told what support I may need, and was also put on late shifts which kept me from vital support from friends as I worked when they were off and they worked when I was off. Initially, I didn’t mind and didn’t even notice, as I couldn’t sleep until the morning anyway as I was tormented with shock and grief. I kept going to work to keep me occupied and distracted as best as possible.

I approached human resources (HR) informally to make a suggestion on how to support bereaved employees. But unbeknown to me at the time, I believe this inadvertently put a ‘target on my back’ and my superiors, I think with the guidance of HR, started pursuing me with little issues where I made mistakes (but my mistakes were even less than those of my colleagues).

One of several Mystery Shopper (MS) requirements is that staff have to smile, be friendly and show happiness all the time. Only recently have I learnt that this is called ‘emotional labour’ that is forced upon low-wage workers and I have since written about it. Also, in Pret, staff have one minute to serve customers, one minute to serve the hot drink from the time of payment, are tested to see if they give eye-contact, make some polite remarks etc. The MS even times the service to the second. I give a few examples with excerpts of MS comments on my website.

If teams fail in any or several points, the whole team loses its bonus. The bonus system is the biggest chunk towards managers’ remuneration. So, managers are extra strict when staff fail. I was traumatically bereaved: I even begged sometimes to be sent into the kitchen, away from the shop floor as I was tearing up at times and didn’t want to be seen by customers. I couldn’t afford to go home as I had had to spend all my savings. But I was denied this with the reason that I’m not used to the kitchen and would be slow. Everything in Pret has to be done fast. ‘Time is money’, customer circulation in and out of shops has to flow fast, meaning the money flows fast.

After I approached HR informally, I also requested a transfer to a shop where I would have rotating shift patterns, as my then general manager refused to give me rotating shifts as the evenings weren’t as busy and the MS visited very rarely in the evenings. I was warned when I didn’t smile by an area manager, and was summoned into the office on my day off because I made some minor mistakes. I was sent to another area and shop that had lots of problems, and in hindsight, I believe, I was sent there to set me up for failure.

I quickly became paranoid and felt I was targeted. And, I think I was right because months later I applied for my employee file which included emails between HR and managers who were brainstorming all the time what to do with me. I was constantly put under pressure in the hope I would resign. But I didn’t. I even declined four settlement offers if I’d resign and never speak about my ordeal or go to court. Three offers were made internally and the fourth was via the Advisory, Conciliation and Arbitration Service (ACAS) when I withdrew my Tribunal claim as my dad just died in the middle of preparing for the case. I could not afford a lawyer and was unable to fight this on my own.

I have collected other staff reviews from employment review websites, YouTube, Twitter etc and I have learnt the hard way that, without a union, there is no hope of raising issues of systemic workplace bullying. Many people were shocked and disbelieving when I mentioned how Pret really is behind its well-polished PR facade. Only the unions, activists and some from the press have believed me.

The targeting I went through was everything apart from sexual and physical violence – the typical bullying, both open and subtle. I was shouted at and, when this didn’t work, I was excluded from leaders’ meetings, was not given important information I needed to do my job, and was sent to difficult shops to receive a disciplinary for failing even in little things. Pret, it seems to me, works mainly with fear management.

The more perverse thing Pret did was with emails after I became ill. I believe I was targeted in group emails from my boss, in the emails I read between HR and managers etc. I spiralled into ‘ill emailing’. I received a disciplinary for the emailing but Pret used a Development Manager who told me she had also lost her brother in similar circumstances to my brother. She went into personal text messages and emailing with me because of our common grief. But this confused me further and, only in hindsight, does it now seem that I was being set up to get fired. I believe I was ‘gaslighted’ and then fired while my dad was in intensive care, just out of a coma. CEO Clive Schlee labelled me his ‘late night girl’ due to my late night emails to everyone which then lead to my firing. I adopted that label to be a sore in his and Pret’s eyes. I confront Pret openly on Twitter and Facebook about this.

Because I have never experienced anything like this in any workplace, I was so traumatized with my brother’s death and the circumstances surrounding it, I became so out-of-sync giving Pret the benefit of the doubt again and again and putting blame on myself and what psychologists call ‘Sibling Survivor Guilt’. I even apologised for a nervous breakdown after a line manager rebuked me repeatedly in front of my team. For an overview of my trauma with Pret, I have created a ‘Mind Map’ linking each title to a blog entry as my blog has grown: https://www.mindmeister.com/1194255218/my-pret-a-manger-ordeal

‘Late Night Girl’ also tweets at https://twitter.com/LateNightGirlMe and she was recently interviewed on a podcast based in California where she tells her story in more detail (see front page of her website: expret.org).

• The editor adds:
There is a facebook group, started in 2011, called ‘I Hate Pret A Manger’. And, a now former employee, Andrej Stopa, helped start the Pret A Manger Staff Union (PAMSU). He was reportedly fired in 2012 under the pretence of him allegedly having made homophobic remarks. See also the case of Rodrigo (in boxed graphic), another fired union activist. Unfortunately, both groups are not very active now. Unions like the BFAWU and UNITE are continuing to try to unionise Pret. For more on the employment practices of Pret, see https://www.theguardian.com/commentisfree/2018/may/30/pret-people-power-sandwich-payout-employees and https://www.independent.co.uk/news/uk/home-news/pret-workers-want-more-for-their-smile-enough-pay-and-hours-to-live-on-8439133.html