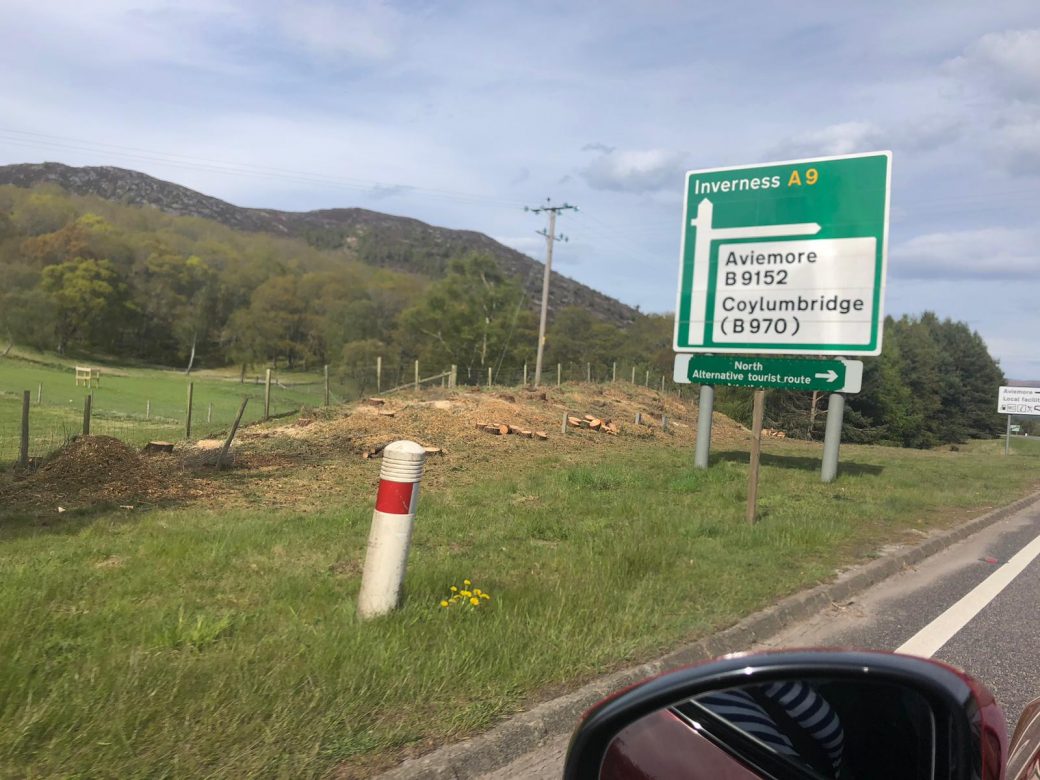 Local government has had the largest cut in Scottish government funding allocations in recent years, bearing the brunt of austerity. UNISON, along with others, has been highlighting the overall cuts and in their ‘damage’ report series have set out their members’ views of the impact on individual services. Our various previous reports to UNISON (see, for example, Scottish Left Review Nov/Dec 2017) have argued for a more interventionist role for local government in areas like procurement, the environment and municipal energy in order to contribute to reversing cuts to local government activities, to allow local government to play a fuller role in promoting local economies and communities, and to protect public services; all these initiatives and strategies mean securing greater revenues.

However, there have been progressive cuts to the core budgets for local authorities for over a decade with detrimental effects for the provision of public services. Facing more years of uncertainty and austerity, the demand for local government services and employment will become ever more pressing but with continuing severe pressures on budgets and priorities. Within the constraints of the powers available to the Scottish Parliament, there is a need to identify possible new sources of funding and finance to meet these needs. Our research for UNISON on these issues was launched in April 2019 and this summary offers the opportunity to carry forward the debate.

Analyses by the Improvement Service, the Accounts Commission, Audit Scotland and others have recognised how local government delivers efficient and effective public services and could make greater contributions to inclusive growth and quality public services. These analyses highlight the important contribution local government makes to our communities and to the local economy in particular. Although health and education have been largely insulated from the damaging effects of overall austerity cuts, key areas of creativity, culture and leisure, planning and environmental services have seen disproportionately high reductions in spending. After decades of efficiency strategies of ‘best value’, ‘public sector management’, followed by PPP/PFI schemes, housing stock transfer and moves of employment and activities out to ALEOs (arms-length external organisations), austerity cuts have left few areas for further reductions without damaging the economic and social life of local communities. Further rounds of restructuring, reductions of back office ‘support’ functions, management ‘de-layering’, reduction in estate costs and changes to commissioning and procurement, therefore, are unlikely to offer any significant savings for redeployment in local government budgets. With critical further expenditure falls in the pipeline, it is vital to the health and wellbeing of citizens, the workforce and local communities and economies that new funding streams for local services are identified.

This puts the focus onto identifying opportunities to increase local authority revenues. Looking at recent Scottish Budgets, there has been some divergence at Holyrood from the Westminster approach to tax and spend policies, but there is little further room for making the tax system more progressive. Varying the Scottish Rate of Income Tax (SRIT) and income tax thresholds have made some contribution to making the system less regressive, but SRIT is limited to ‘non-dividend, non-savings’ incomes. Meanwhile, local authorities are heavily dependent on the Scottish Government and the Council Tax for funding; the first does not underpin democratic accountability at the local level and Council Tax is regressive. New and different forms of local government funding are, therefore, required.

In that context, and given the time and planning needed to make any radical changes to fiscal measures and instruments, it is wise to learn from the series of inquiries, commissions and other rigorous proposals on alternatives for local finance. These offer a consensus around moving to progressive local property taxes, with several arguing that land value taxation should also be introduced in due course developing these initial moves away from Council Tax. As Professor Richard Kerley of Queen Margaret University has argued, a key challenge is to restore accountability in local democracy. An important element in this is the need to link taxation with services; this is a recurrent theme in the literature and public discourse, with a widespread desire for local government to regain greater controls over its funding.

Despite the spurious claims by Tory politicians that taxes overall are higher in Scotland than elsewhere, this is neither true for those on average or lower incomes, while Council taxpayers in the Scottish Borders, for instance, pay £508 less than their close neighbour counterparts in Northumbria. This suggests there is an argument for raising more from local taxpayers to recognise that they receive better services at lower costs than those in the rest of Britain. Resurrecting the Burt and other tax commissions, there will be cross-party talks about ways of replacing the Council Tax in the next Scottish Parliament (2021-2026). Despite this further delay in significant change, there is the manifesto promise of a progressive property tax being introduced within the next five years. Such a radical change should be aiming to usher in higher revenues than the current Council Tax and in a progressive and inclusive approach. As the cross party 2015 Commission on Local Tax Reform argued:

Our analysis therefore indicates that a more proportionate property tax, implemented alongside a more progressive system of income and need based reliefs, would be much fairer than the present council tax and connect better to both the income and the wealth interpretations of ‘ability to pay’. This is consistent with the conclusions of the Burt Review that: a new progressive Local Property Tax (LPT) be introduced, based on the capital value of individual properties and payable by households occupying properties (whether as owner-occupiers or as tenants) and by owners of second homes and unoccupied properties.

Complementing the normal property tax, we argue for a ‘wealth or heritable property tax’ to capture those who avoid paying income tax in Scotland but own substantial assets. Such a fiscal innovation could generate significant revenues and presage and subsequently work alongside a land value tax. As Scotland is one of the most unequal countries in the world as it suffers from gross inequities embedded in the political economic structures and processes of Britain, radical means to reverse the growth of inequality is essential.

Our analysis supported a number of recommendations which we have been discussing with trade unionists, academics and others over recent months. These recommendations can be summarised in four key points: first and in the short term, the Scottish Government, COSLA, local government and professional bodies working together to identify where loopholes, avoidance and coverage have allowed some to escape making their fair contribution to the collection of tax revenues. This would suggest recruitment of additional staff to ensure that registration, regulation and collection of revenues is undertaken, and this could be achieved cost effectively so adding to total funds in net terms.

Second, with adoption of the recommendations from the Budget Process Review Group for the Committees of the Scottish Parliament to adopt longer horizons in the scrutiny and planning of Scottish Government and Parliament strategies and policies, there should be an expectation that all involved will seek to identify where current practices and priorities are not fit for purpose. The critiques of such instruments as the Small Business Bonus Scheme and other Non-Domestic Rate reliefs suggest there are areas of public subsidy that may not be the optimal approach to supporting new and small enterprises and so an inclusive and competitive economy. Some of these policies cost local government many hundreds of millions of pounds every year and so deliberations should lead to proposals for better targeting in the following budget.

Such initiatives for local government funding as the Work Place Levy, Tourism taxes, Charges for Disposable Cups and other packaging require legislation to be passed by the Scottish Parliament and so their introduction will be in the medium term. More significantly, moves to replace the Council Tax with a progressive Property Tax will require a more extensive period of design and planning, valuations of properties, establishment of processes and appeals mechanisms before implementation.

Improving the degree of subsidiarity and local accountability which lies at the heart of successful economies and societies has ongoing and long-term implications. Promoting the empowerment of local communities and workforces, building a foundational economy and reducing the historical and globally high levels of inequality and poverty cannot be separated from the need for alternative sources for funding local public services and government; they will be addressed more effectively and efficiently in an integrated manner, again as recommended by the Budget Process Review Group.

Third, some of the changes required to make the tax system progressive and inclusive require further constitutional changes. To capture all those who have the opportunities to gain from their income, wealth and spending in Scotland will mean devolution of new fiscal and other powers to the Scottish Parliament. Ability to tax fairly should be facilitated equitably across all groups so that the wealthy cannot escape contributing to public services by uneven treatment of earned and unearned incomes, and wealth in different forms. Having the means to levy taxes on all equally will require transfer of powers and this may take further time. Some resource-based taxes require such devolution while others, for example on land values, should start to be explored now but will need time for subsequent implementation.

A final recommendation concerned a radical proposal for a new move to re-municipalisation, following many successful examples in Europe in recent times. In an early change in this direction, amendments to the Transport Bill from Scottish Labour and the Scottish Government will allow councils to run bus services and set up arm’s-length bus companies. With the success of Lothian Buses, this would present opportunities to generate revenues that have been lost from cuts and enforced deregulation of buses, housing stock transfers etc. Also, it could both support local authorities to maintain the levels of services needed by their citizens and to meet societal challenges in the future, for example in terms of the climate emergency, social care and recycling.

Mike Danson is Professor of Enterprise Policy at Heriot-Watt University and Geoff Whittam is a Reader in Entrepreneurship at Glasgow Caledonian University. The report was launched at the STUC congress and was the main media story of that congress. It is available at http://reidfoundation.org/2019/04/unison-scotland-commissioned-report-on-alternative-sources-of-funding-for-local-government/ See also the STUC’s 2018 Briefing: 2018/19 Scottish Budget, http://www.stuc.org.uk/files/budget%20final.pdf