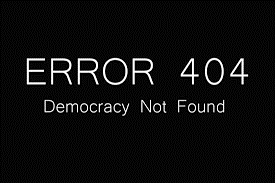 A well-functioning and effective parliamentary system underpins a well-functioning democratic system. However, there is no point in pretending that a single body can foster every kind of democracy. Instead, we make choices about the type of democracy we would like to see. More realistically still, we need to reflect on the type of system that already exists, why it endures, and if there is a realistic chance of reforming it. To my mind, Scottish devolution reinforced representative and pluralist forms of democracy, with minimal scope for more participatory or deliberative innovations. Further, the Scottish Parliament represents a profoundly important legitimising role even though, in practice, its members cannot pay attention to more than a tiny proportion of government decisions made ostensibly with its blessing. Here, I use this framework to provide context for future debates on parliamentary and democratic reforms.

From the establishment of Scottish devolution, a key problem with the idea of a Scottish Parliament has been that it represents all things to all people without a clear sense of the trade-offs or tensions between different aims. New Scottish Parliament elections foster representative democracy and the hope for a more representative body of MSPs. A petitions process, and experimentation with a civic forum and mini-publics, fosters participatory and deliberative democracy. New styles of consultation and cooperation with policy participants, such as interest or third sector groups, foster pluralist democracy. Yet, these activities do not simply come together to produce a marvellous harmony of voices. Rather, democracy is frequently – if not primarily – about people competing to be heard at the others’ expense. Or, one forum competes with another to represent the main hub for democratic expression.

For me, the main tension is between two very different models. The first was summed up by the vague phrase, ‘new politics’. The Scottish Parliament would foster participation by coordinating a petitions process, sponsoring the Scottish Civic Forum (SCF) and, perhaps, experimenting with initiatives – such as mini-publics and citizen juries – to explore the extent to which the deliberations of a small group of people could inform wider public and parliamentary debate.

Neil McGarvey and I devoted a whole chapter to such topics in the first edition of our Scottish Politics: An Introduction (Palgrave Macmillan, 2008). We wrote largely about the gaps between some people’s expectations and actual practices. The SCF closed after receiving minimal Scottish Parliament and Scottish Government support (and interest groups preferred to approach those bodies directly). The petitions process encouraged self-selecting participation – and the chance for small groups of people to set the agenda of a committee for a brief period – but offered little hope for influencing government policy. Further, almost no other initiatives got off the ground. In the second edition of our Scottish Politics: An Introduction in 2013, we removed this chapter altogether, simply because there was nothing new to say. The idea of democratic innovations had a new lease of life when the Commission on Parliamentary Reform (https://parliamentaryreform.scot/) recommended their greater use, but we should manage our expectations based on the Scottish experience to date. 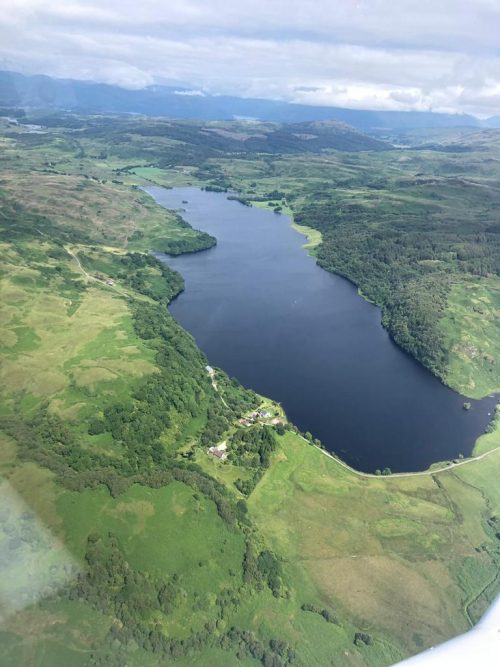 The second model was a much more traditional and enduring form of representative democracy coupled with the assumption that the government would govern. In this model, the Scottish Parliament plays two profoundly important roles. First, it provides a forum for representation. In particular, there were explicitly high – and partly fulfilled – hopes that the Scottish Parliament would be more representative of women, coupled with far vaguer and unfulfilled hopes for representation according to race or ethnicity, class, age, and disability. Second, it legitimises Scottish Government policy. To all intents and purposes, it delegates policymaking responsibility to the Scottish Government then holds minsters to account for the ways in which they carry that responsibility. In many cases, the policy is humdrum and routine, with little partisan competition or committee interest. In some, the policy is high salience, with party competition infusing committee attention.

Focusing on the second model allows us to highlight the ways, and extent, to which the Scottish Parliament matters. Consider two descriptions that appear to highlight minimal versus maximal importance. The first is the classic ‘policy communities’ description of pluralist democracy, inspired by Grant Jordan and Jeremy Richardson’s highly provocative description of a policy process in a post-parliamentary democracy in their 1979 book, Governing under pressure. In many ways, this description highlights the limited role of Parliament by describing the limited role of ministers:

• The size and scope of the state is so large that it is always in danger of becoming unmanageable. There is a highly crowded policy-making environment, in which huge numbers of actors seek policy influence. Consequently, ministers manage complexity by breaking the state’s component parts into policy sectors and sub-sectors, with power spread across many parts of government.

• Elected policymakers can only pay attention to a tiny proportion of issues for which they are responsible. So, they pay attention to a small number and ignore the rest. In effect, they delegate policymaking responsibility to other actors such as civil servants, often at low levels of government.

• Most public policy is conducted primarily through small and specialist policy communities that process issues at a level of government not particularly visible to the public, and with minimal senior policymaker involvement.

This description of ‘policy communities’ suggests that senior elected politicians are less important than people think, their impact on policy is questionable, and elections and changes of government may not provide the changes in policy that many expect.

Further, it calls into question the importance of MSPs questioning ministers in plenary and committee: they will receive often-minimal information about a small proportion of government business. This description reinforces practical concerns about the feasibility of parliamentary scrutiny. Scottish Parliament committees have limited resources to scrutinise policy and question ministers effectively; they rarely engage in meaningful or direct contact with civil servants; they struggle to gather information on the work of public bodies; and, local authorities generally argue that they are accountable to their electorates, not Parliament. Periods of coalition majority (1999-2007), minority (2007-11; 2016-) and single party majority (2011-6) government have reinforced this image of a peripheral-looking body. The Scottish Parliament is a powerful body at the heart of accountability on paper, but not in practice.

The second description comes from another classic study, namely, David Judge’s The Parliamentary State from 1993. In it, he argues that the importance of Parliament is not found in the observance of its ‘powers’ as such, but rather in the examination of, ‘the very process of representation and the legitimation of governmental outputs flowing from that process’. Any exercise of power by a government is dependent upon Parliament granting its consent and legitimacy. Otherwise, policy communities would suffer from a legitimation gap and would be unable to operate to describe their outputs as ‘authoritative’ or ‘binding’. Thus, for example, government bill teams take great care to anticipate parliamentary reaction, and produce draft legislation accordingly. If so, parliamentary influence exists in the minds and practices of ministers and civil servants, and is not as visible as, say, First Minister’s Questions.

For me, these arguments essentially represent two sides of the same coin. On one side is intense parliamentary activity that matters. In some cases, MSPs become engaged intensely in plenary and committee discussions, and ministers and civil servants build their expectation of this response into their policy design. Meantime, on the other side is the logical consequence to this activity: if MSPs are paying attention to those issues, they have to ignore the rest. The scope of state intervention in our lives, and size of the public sector, is immense, and the Scottish Parliament only has the ability to pay attention to a tiny proportion of that activity. The anticipated reactions argument can only take us so far when there is so much policy activity that is legitimised by the Scottish Parliament without their awareness.

These insights should inform debates on how we might reform the Scottish Parliament. In this context, other recommendations by the Commission on Parliamentary Reform seem more relevant to Scottish democracy. Discussions of participatory and deliberative democracy are interesting, but they describe a tiny proportion of government business. Rather, representative and pluralist democracy is where the action is. So, some of its recommendations describe the prospect of a more organised process for scrutiny of ministers. However, other recommendations recognise the need to enhance meaningful relationships with other parts of the policy process, including local government and government agencies. This latter suggestion is crucial to the ways in which Scottish Government has changed over the last decade, in terms of setting out a broad strategy and inviting a large number of public bodies to carry it out, often aided by long-term outcomes measures rather than the kinds of short-term targets more conducive to straightforward parliamentary scrutiny. The Scottish Government makes these reforms partly via the choice to share power across the public sector, and partly because it lacks the capacity to control, coordinate, or even understand most of the decisions made in its name. The ‘policy communities’ argument now extends to the public sector as a whole, rather than central government departments.

If so, the most important democratic reform would be to shift parliamentary attention (somewhat) from high salience set piece debates towards the more routine and humdrum monitoring of the public sector as a whole. This would be in keeping with the acknowledgement that most decisions made in the name of Scottish ministers, and legitimised by the Scottish Parliament, take place despite minimal ministerial and parliamentary attention.

Paul Cairney is Professor of Politics and Public Policy at the University of Stirling. His work can be found at https://paulcairney.wordpress.com/ He also tweets regularly @Cairneypaul