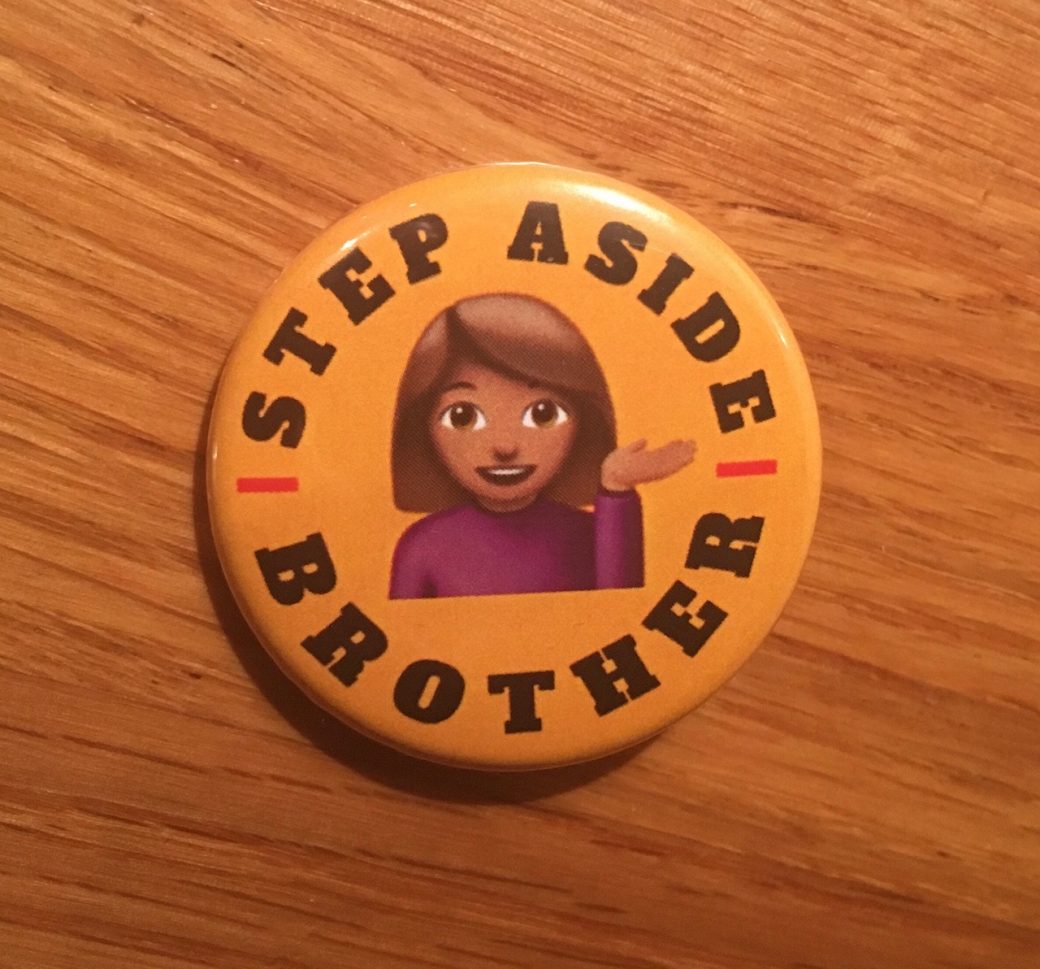 My comrade and sister, Lynn Henderson of the PCS union, is leading a crucial initiative to advance women’s representation within unions – from the shopfloor to the leadership. Given the continued under-representation of half of citizens within the upper echelons of unions, this is a vital initiative. So, with the 92nd STUC Women’s Conference having taken place in late October 2019, it’s a good time to promote the ‘step aside brother – step forward sister’ campaign.

It’s just over 20 years since I was a fresh-faced union officer in a general union. I’d got through the first 25 years of my life without facing any real barriers, or discrimination. Then I began working in our movement. One of my earlier encounters was being greeted by a male visitor to the union’s Scottish HQ with ‘… and whose secretary are you?’ Of course, a young female employee couldn’t be a full-time union official!

Fortunately, the movement has made progress. My current union – the University and College Union – was ably led by the indomitable Sally Hunt, and this year elected industrial relations academic, Jo Grady, with a massive landslide on one of the highest turn outs – an election where two of the three candidates were women. UCU’s officer elections have led to strong young women – Vicky Blake and Lena Wånggren – taking on the vice president positions at UK and Scottish levels, and next year Nita Sanghera becomes our first Black president. With some tremendous roles models in past presidents including Vicky Knight and Ann Gow, all should be looking bright shouldn’t it? Well, a UCU Scotland Executive meeting in May, where female reps were thin on the ground, underlined that we cannot be complacent, and Lynn’s initiative is needed just as much in UCU as in the wider movement.

Years of Tory austerity haves hammered our public services, economy and environment. Inequality is increasing. Unions are leading the fight back, and must draw on the experiences of the breadth of our movement to be effective. Workers, whether, women, BME, young, disabled workers or LGBT all strengthen our resistance, and empower us to tackle inequality and oppression.

Women put the issues on our agenda that matter to workers and families. We all benefit from greater equality at work – tackling gender and race pay gaps, delivering better work-life balance, or addressing mental health at work. The STUC Women’s Conference agenda underlined this, with its focus on child poverty, menopause, and mental health. It’s in all of our interests to have diversity amongst our union negotiators. However, as one comrade said exasperatedly to me recently of her union: ‘why is our executive full of straight white men?’

Too many hurdles still remain, in the form of traditional male dominated cultures, and the lack of time and support for women and other under-represented groups to come forward. Facility time is fundamental. The Tory Trade Union Act, with its facility time reporting requirements, aims to attack workers regardless of their gender, ethnicity or other attributes.

For women to step forward into union positions, we need facility time to be effective in the role. Unions and employers should be creative where part-timers step up to take on union duties. Facility time has to fit with variable working patterns, and, crucially, flexibility is needed so workplace meetings can be scheduled on the days when reps are around. My union has a number of part-time women in leading branch officer roles, but we face constant frustration with one employer who – in full knowledge of our rep’s working pattern – insists on holding negotiation meetings on her non-working day.

Unions need to explore new models for reps, including job-shares. UCU’s Queen Margaret University branch has female joint branch presidents who, with branch colleagues, successfully opposed compulsory redundancies this year. It’s not easy job-sharing a union rep role; there’s always a need to keep in touch, report back, and ensure consistency in the union approach, particularly in difficult disputes. But it’s not impossible, and sharing union roles enables part-time workers – predominantly women – to have an important voice in the workplace, sharing the responsibilities, so a position is less daunting or unmanageable.

It goes without saying that we need to ensure our activities and training sessions are inclusive. Union meetings over a pint are off-putting to people uncomfortable doing business this way. Embracing new technology opens up our movement to more people. Video conferencing, online surveys and webinars can bring union learning and activities to people who’ve felt excluded in the past. With more people working remotely and precariously, often the best way to organise is with new technology.

Finally, we need to shift the tenor of the debate: in workplaces, on social media and in society at large – and the voices of women are key. You don’t have to shout the loudest to get your point across, or to be effective. Kinder debate isn’t about backing down, or failing to tackle challenges. It’s about approaching issues in an inclusive, reasoned way, targeting the oppressors rather than the oppressed.

Given the divisive times we live in, the prevailing narrative has become too aggressive and bitter. You only need to see the abuse politicians and others receive online. All too often women are at the sharp end, potentially putting them off from taking on representative positions. Our role is to unite working people, to show our common humanity and equality. Women’s voices are central to doing so.

Mary Senior is the Scotland Official of the University and College Union (UCU) and Vice President of the STUC.