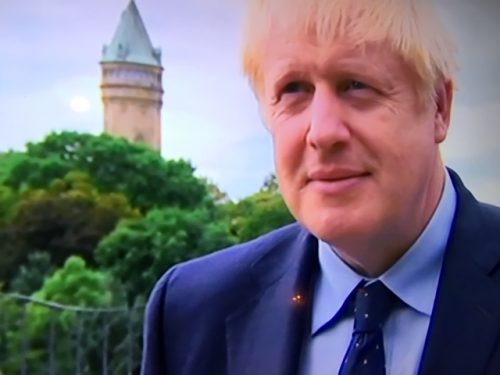 Though a little late in the day, Gregor Gall suggests a way out of the ‘leave’/’remain’ stasis for the left.

For anyone on the left to have urged a vote for ‘leave’ in 2016 was a strategic mistake. For anyone on the left to support ’leave’ now is another strategic mistake. Why? Simply because with the retreat of the radical left – despite the rise of Corbynism – and the ascendency of the populist hard right, it was always going to be the case that the latter was going to determine the nature of any Brexit – whether ‘hard’, ‘soft’ or ‘no deal’. And, whatever type of Brexit we’ll get under the Tories – this being the most likely political scenario, it will be one for further deregulation and even more neo-liberalism. You only have to see that with the issue of the protection of workers’ rights and the environment having been moved from the legal text of the withdrawal agreement and being put instead into the political declaration (which has no legal force).

So, the point here is that the timing for leaving the EU is all wrong given the balance of political forces. Does that mean that leaving the EU is wrong per se? Does all that mean that the EU is progressive and something the left should defend? The simple answer to these questions is ‘no’. The EU has in most cases been a powerful engine for neo-liberalism and turbo-charged capitalism more generally. Does that mean that ‘remain’ must become the default option now and into the future? Well, not exactly because that would mean to accept another ‘devil’ – ‘better the devil you know’ is not a great option. There is very little in the way of a positive case for the EU. State intervention is not altogether ruled out within the EU as the existence of transport being under public ownership in a number of countries on the continent shows. But the scope for an active, progressive state is highly limited within the EU.

So, what does that mean for a possible new left strategy? Noting that the likes of John McDonnell seem to be moving towards ‘remain’, it might mean suggesting ‘remain and rebel’ but not as some empty slogan which actually really means meekly accepting our fate within the present EU. It might not even mean trying to reform the EU from within as some on the left hold out as a more palatable option. Rather, what it means is that the left should consider the strategy of building the political forces to use the state to tame capitalism. That would mean doing things that the EU would no doubt block like bringing considerable parts of the economy under public ownership and restricting the right of capital to move freely. Only at the point of having built mass support for defying the EU would the issue of a left Brexit become realistic and credible.

Specifically, it would mean not choosing to leave the EU but essentially being expelled by the EU for breaking its own rules on regulating capitalism. The left might then be in a position to determine the nature of a Brexit because the left could then pose the issue like this – we want to use the state to tame capitalism and the EU does not and will not allow us to do that within the EU. To the public, the left would then say: ‘If you support what we are doing, you must show this support by taking part in mass mobilisations to say we will defy the EU diktats and we will not back down’. If the EU chooses to expel Britain, then so be it. In doing so, the political forces to determine a left Brexit will have been secured, this being the opposite to the Brexit we currently face. The left would also have to create a series of equitable economic and trading relationships reminiscent of what the likes of Venezuela and Bolivia have tried to do in Latin America in order that Britain did not become isolated and weakened by taking this path of resistance on its own. Hopefully such a revolt in Britain would also stimulate a revolt amongst the working classes of other EU countries, leading to the destruction of the EU. This is the real ‘third way’ of our present times. It means we would not be bystanders on Brexit.

This argument is quite different from the ‘remain and rebel’ of the ‘Labour for a Socialist Europe’ and ‘Another Europe Is Possible’ campaigns because this argument does not believe as they do that the EU can be transformed into a socialist federation of countries like a United States of Europe. The EU needs to be destroyed and abolished because it is irreformable in terms of the scale of economic and social change that is necessary and being sought.