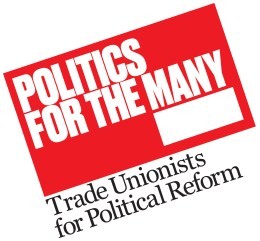 Lynn Henderson says that out of crisis comes opportunity 200 years on from Peterloo.

You don’t have to look far to see the Westminster political system is in crisis. Brexit has polarised our politics more than ever before. The current British government, with no majority and no popular mandate, seems determined to implement a damaging no-deal Brexit. The recent Queen’s speech set out a raft of reforms that would create further inequality and make the poorest in society poorer.

And when faced with scrutiny and resistance from MPs, Johnson shuts down Parliament until prorogation was struck down by the courts. Even now, when faced with scrutiny over its Brexit Bill, the government threatens to go on ‘strike’ to prevent the work of parliament from taking place. This is not the way democracy should work, with voices silenced and the executive is free to act with few constraints.

Back in August, Politics for the Many held its ‘This is What Democracy Looks Like’ one-day conference in Manchester, bringing together trade unionists, campaigners and progressive activists to make the left-wing case for a new constitutional settlement.

Our event marked 200 years since the Peterloo Massacre in Manchester when in 1819, over 60,000 working people gathered to demand political representation and the chance for their voices to be heard and their city be represented in Parliament. Local magistrates tried to shut down the meeting, sending in cavalry to disperse the crowd in brutal attack that left 18 people dead and over 600 injured.
Peterloo is recognised as a key moment in the history of the reform movement, one that changed public opinion, shifted support towards the suffrage movement and helped an increasingly politicised working class find their voice.

One of Peterloo’s legacies is that democracy is never settled. It will always be challenged and those in control will always attempt to seize more power for themselves. And so, the last few months have seen Johnson’s government move to do just that so that it is clear our constitution is in desperate need of radical reform.

We need to fight with the same passion today for a better democracy. This is not merely an ‘English’ problem or one that we Scots can attribute to ‘Down South’. Whatever our position on Scotland’s future, progressive Scots must be at the forefront of the fight for democracy across these islands. Of course, since Scottish devolution in 1999, the creaking constitution of the UK’s political system has barely changed.

The Brexit deadlock shows just how broken that political system is. Parties refuse to work together, voters are left on the side-lines and the view of Scotland is all but ignored. Now more than ever the need for comprehensive reform of Britain’s centralised Westminster system is being seriously discussed and debated across the left.

The biggest affront to democratic accountability remains the House of Lords. Packed to the rafters with political appointees and still-existing hereditary peers, it is more akin to a private members’ club than a legislative chamber. Meanwhile, Westminster’s winner-takes all electoral system continues to shut out the voices people as votes pile up in safe seats leaving millions of people unrepresented. And, the Tories plan to exclude even more people through their US-style voter suppression plans.

Throughout our history, it has been down to ordinary working people to fight for democratic rights. It is not enough to await Scottish independence as the means to a radical socialist future. Scotland is still split 50-50 on the issue.

We need a more equal, fairer politics now. And there is work to be done in the system that we are in, starting with a democratically elected second chamber where Scotland, alongside the other nations and regions are represented and the voices of their people are heard – a chamber elected by PR like the one used here in Scotland where everyone is represented and no votes are wasted.

In the past few months we’ve seen progress. Labour committed to an overhaul of the archaic house of Lords and, speaking at our conference Jon Trickett, Shadow Minister for the Cabinet Office, called for a democratic revolution and demanded that Labour go deeper and be bolder on reform. At Labour’s recent conference and The World Transformed festival there was a strong feeling that things needed to change and democratic reform should be at the centre of a radical socialist programme.

Reform should not be seen as a luxury or afterthought. It is part and parcel of the radical and transformative agenda we need to improve people’s lives. The movement for political equality is central to the movement for economic equality. It is the rotten system that leaves millions voiceless and excluded from politics that has put us where we are today. Together we, as trade unionists, activists and campaigners can lead the fight for a better democracy.

We find ourselves in a political crisis and pivotal moment in our history. We’re at a fork in the road: between democracy or Etonian despotism. This crisis can be the start of a new movement democracy – and the protests we’ve seen over prorogation should give us hope. Let’s step it up: our labour movement should commit to giving working people the voice they’ve for so long felt they haven’t had.