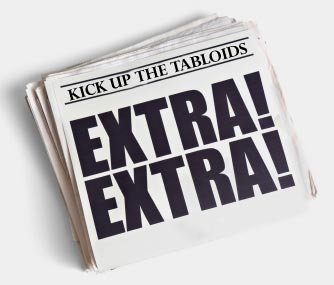 As the bells rang in the New Year and 2019 drew to a close, many on the left were still in a state of shock that a philandering sociopath who had lied to the country, lied to MPs, lied to the Queen, attempted to shut down Parliament and dodged multiple medias interviews had still managed to win an 80-seat majority at the General Election, on a manifesto which essentially amounted to three words: ’Get Brexit Done’.

Britain has now voted twice in the space of three-and-a-half years to commit increasingly masochistic acts of self-harm. I’m still unclear which was the worse, voting for Brexit or voting to put Boris Johnson in charge of Brexit. Either way, if you’re vaguely left-leaning and don’t live in Scotland, the future is pretty bleak. At least, we in Scotland have a potential way out of this mess.

In fact, the only way in which Britain could be more fucked up would be if enough members of the Royal Family were to be wiped out in a plane crash to put Prince Andrew on the throne.

We’ve had two Queen’s Speeches in Parliament plus one Queen’s Speech on TV within the space of the last two months. Added to the fact, she’s already been given a whole pile of bullshit from her Prime Minister as to why she had to suspend Parliament, I reckon she probably hasn’t got a clue what the Hell is going on around her. Either that, or at the age of ninety-four, she just assumes she’s suffering from dementia.

But then, so do quite a lot of the rest of us. We live in such grim times, the only solace many of us have is to pretend we are imagining current events, rather than witnessing the country plunge off a cliff.

Imagine if you had been in a coma for ten years and you woke up at the back end of 2019. Your first re-action would be: ‘What the fuck’s going on? Have I entered some kind of parallel universe where everyone lives in world ruled by Dom Jolly?’

Indeed, if you had been in a coma due to an accident where you’d lost the use of your legs, and you were informed about this on regaining consciousness, you would probably assume you would qualify for incapacity benefit, only to be told ‘No, you don’t, you’re fit to work. You were assessed three years ago when you were still in the coma. You’ve got a job in a call centre, but you’re actually up on a disciplinary right now for taking a three-year toilet break’.

Anyone who had been in a coma for ten years would struggle with conversational English. You’d be wondering what the Hell this thing Brexit was that everyone was talking about. And it’s not the only word or phrase to have entered the lexicon in the past decade. ‘Food bank’ wasn’t a term in common use at the start of 2010, and ‘zero hours’ was a concept yet to find its name.

Ten years ago, ‘No Deal’ wasn’t a threat to the country’s economy, it was one half of the title of a TV show that somehow resurrected the moribund media career of Noel Edmunds. ‘Vape’ wasn’t a word ten years ago. Not only would you not understand what the word meant, you’d also be utterly flummoxed by the number of people on the streets sucking fruit-scented water vapour out of contraptions that looked like Soviet-era sex toys. ‘Uber’ wasn’t a word ten years ago, unless you speak German. Nor was ‘deliveroo’.

Deliveroo sums up the age we live in. It’s futuristic and Victorian at the same time. If you’re too lazy to get off your arse and walk to the kitchen to cook your own meals, you can get the futuristic technology of an app on your phone which allows you to order any food you want from a whole range of local restaurants. And that food appears at your front door very quickly due to the futuristic miracle of some poor bastard cycling up a steep hill with a massive fridge on their back.

If you work for Deliveroo. You don’t have a boss or a line manager. Instead, you’re employed by an algorithm. Which is futuristic and sinister. But your working conditions come straight out of the pages of Charles Dickens, cycling hundreds of miles a week in the pouring rain on a zero hours contract. Young people today fall into two distinct categories. They are either clinically obese, or they are anorexically thin because they spend their entire working week cycling hundreds of miles delivering food to lazy fat bastards. It’s Boris’s Britain in a nutshell.

I imagine our vocabulary will have more new words by the end of 2020, most of them synonyms for ‘shitstorm’ Happy New Year!