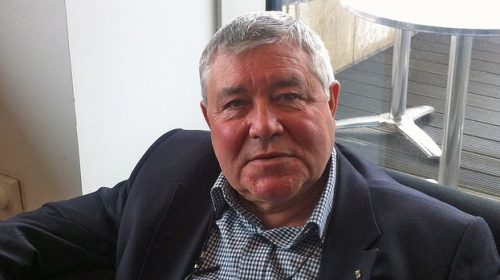 It was a vehicle to counter the neo-liberal philosophy and policies of Tony Blair and ‘new’ Labour which many on the left had swallowed after eighteen years of Tory governments. Jimmy Reid was early in in exposing this in his Herald columns, famously stating: ‘People say that Tony Blair has no principles. They are wrong. He has principles. They are Tory principles. He is in the wrong party.’ As Treasurer of the Scottish Labour Party, I had personally experienced Blair’s duplicity and contempt for democratic decision making in his interference in the questions on the referendum to establish the Scottish Parliament. Jimmy gathered together an eclectic group of activists and thinkers to start the magazine including Aamer Anwar, Campbell Christie, Roseanna Cunningham, John Kay, Cathie Jamieson, Isabel Lindsay, John McAllion, Henry McCubbin, Tom Nairn, Andrew Noble, Alex Smith and myself. Left Review Scotland is the company set up to run magazine.

In the light of this, what has SLR achieved since 2000?

As part of a then small group of often distinguished voices from many parties and none who argued the case for progressive policies for Scotland and the UK, I think we are now a majority. The Scottish Left Review is now the main forum for left politics with an online traffic of over 1500 visits per day. We have also started the Scottish Left Review Press which has published occasional books on the political and economic situation. And, we established the Jimmy Reid Foundation, the only left think tank in Scotland. Recent policy papers have included such titles as Public Service Reform, Scottish Budget Scrutiny, Automation Friend or Foe; Workers Rights are Human Rights and the Case against Trident Renewal. Most major trade unions in Scotland are now affiliated to the Foundation which, together with sustaining members who give regular donations, means we have modest resources to extend and publicise our work.

In the big picture while we have been a forum for all left parties and individuals there has not been any great success on creating joint co-operation in campaigns and policies with left parties and groups. Our print subscribers have not increased significantly. With printing and postage costs rising publishing a print issue could be in danger of not continuing in the not too distant future, something the Editorial Board has so far resisted. However, there has been an increase lately of trade union branches taking out subscriptions so we hope to avoid that situation. Originally, our intention was to have readers meetings throughout Scotland but after a few these stopped because of resource issues. We have tended to be West of Scotland centric and would welcome more volunteers from throughout the length and breadth of Scotland.

Primarily by the work of volunteers (who have carried out the organisational and administrative tasks), our Editorial Board and, importantly, our contributors who have given their time freely. We have never had the resources to employ anyone full time. Special thanks to past editors, Jimmy Reid and Robin McAlpine, and to current editor, Gregor Gall. And, of course, also to our loyal band of print subscribers and the labour and trade union movement for adverts.

Our online traffic has trebled in recent years and we hope to increase this with Facebook and Twitter pages etc. Posting the Review online costs money and our donation button has raised a disappointing amount so this is something we will have to improve upon. As already mentioned we need to increase print subscribers to keep the print issue viable. Subscribers and readers can help by forwarding links to the Review and particular articles to acquaintances by email, Twitter and Facebook. And, after 17 years of publishing are we still radical enough? Do we need more blue sky thinking? This is something we want to hear from our readers on so we invite feedback from them to editorial@scottishleftrevie.scot

• Many of Jimmy Reid’s Herald columns are collected in his Power Without Principles: New Labour’s Sickness and Other Essays (Black and White Publishing, 1999, pp384).

• Gregor Gall adds: ‘Bob Thomson is too modest to say so himself but of all the individuals involved in Scottish Left Review and its associated projects, it is by far and away the case that we would not be here today with his efforts. Having retired in 1999 as Associate Scottish Secretary of UNISON, Bob has since taken on an almost full-time and never paid role as company secretary, chair of the magazine editorial board, chair of the Foundation and general organiser. Hats off to him!’