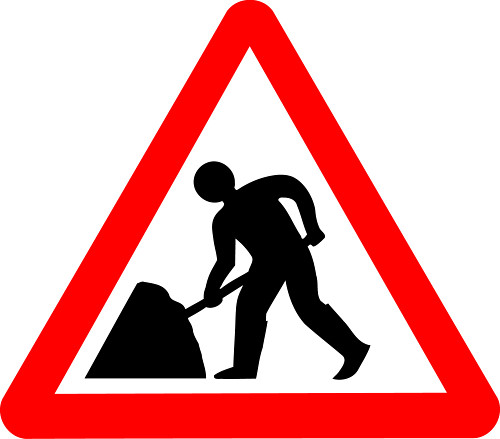 The argument for shorter working hours is as old as the labour movement itself. Jimmy Reid’s Glasgow University Rectorial speech on “Alienation”, first delivered in 1971, restated the credo. It’s worth quoting at length:

“If automation and technology is accompanied as it must be with full employment, then the leisure time available to man will be enormously increased. If that is so, then our whole concept of education must change. The whole object must be to equip and educate people for life, not solely for work or a profession. The creative use of leisure, in communion with, and in service to our fellow human beings can and must become an important element in self-fulfilment.”

The crucial point is “full employment”. One of the ways enterprises seek ever greater returns on capital is by deployment of ever-more-efficient technologies and working practices – usually implying the shedding of labour. So Jimmy presumed a management of capitalism (no doubt with labour unions in their full pomp) where a smaller number of organisations transform productive efficiencies into free-time for workers – rather than a mad scramble of many enterprises, seizing new tools and deploying workers variably, to sell stuff and services to dissatisfied consumers.

Does the second scenario sound familiar? And let’s not even factor in how much, since the early 1970s, media and marketing has played its role in the psychic scrambling of the kind of collective purpose represented by the UCS work-in.

In the modern Scotland of ubiquitous retail, car sovereignty and the celebritarian obsessions of the tabloids, one might at least suggest that Jimmy’s road to the art of living well has not been too enthusiastically taken

Yet even as the old Marxist axioms presently haunt Western establishments – with orthodox financial experts like Nouriel Roubini saying “Marx was right” in predicting that capitalism can choke itself to death, in its current shift of income from labour to capital – there is a problem in returning to classic socialist analysis. It’s implied by Jimmy’s quote above – his noble presumption that “the creative use of leisure”, informed and structured by what we’d call in the Scottish tradition a “democratic intellectualism”, is where a fully empowered working-class would head.

In the modern Scotland of ubiquitous retail, car sovereignty and the celebritarian obsessions of the tabloids, one might at least suggest that Jimmy’s road to the art of living well has not been too enthusiastically taken – perhaps as the toxic consequence of exactly that “alienation” from a sense of agency and self-determination that his great essay outlined. So how do Scots leap out of that trap? What can damp down the fires of work-to-hyper-consume that has been the sociological motor, at least, of our current financial crisis? What could pull Scots towards valuing “leisure time”, in Jimmy’s words, rather than mall-time, as a consequence of a progressing society? 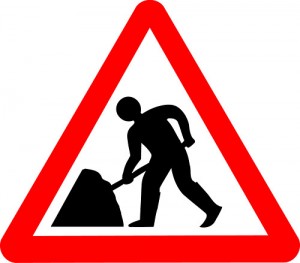 I think we have a latent ‘big narrative’ in Scotland for the kind of shift towards shorter working hours that Jimmy Reid saw as the consequence of a truly socialised country. But we have to piece it together, from old and new elements.

One new element since the 1970s would have to be the planetary limits revealed by anthropogenic (human-caused) climate change. We are assailed every week by new images of our climate becoming ever-more unpredictable and destructive – some far off (Australian fires and Japanese tsunamis), some close to home (the next village flooding scare).

I’m writing a book on innovation and sustainabilty at the moment called Radical Animal: innovation, sustainability and human nature. Many of the climate gurus I’m reading say that our weather instability will only increase if we don’t find a way to massively reduce the amount of planet-warming carbon spewed into our atmosphere, from our use of fossil fuels for energy and production. That means, to some extend, addressing our consumerist, stuff-spewing society – which then addresses our need for the kind of jobs that will give us sufficient disposable income to participate in the melee.

Tim Jackson, the recently deposed head of the disbanded Commission on Sustainable Development, has some brilliant ideas in his book Prosperity Without Growth – and one of them is to look at a wholesale and managed reduction in working hours.

For him, this is a quality-of-life ‘win-win’. Reduced economic activity overall reduces our carbon footprint (this has been measured in recessions). But more free-time in all of our lives gives us the zone to do some essential repair work on, and also spark some invention with, the important relationships in our lives. It’s these relationship – with partners, family, community, peers, hobbyists, creative collaborators – that the ‘happiness’ science of figures like Richard Layard tell us, is what brings us lasting happiness (beyond a certain level of income).

Jackson asks us to think about the etymology of ‘prosperity’ – rooted in the idea of ‘hopefulness’ – and substitute a narrative of hopefulness for a narrative of material wealth. ‘Flourishing’ is the other term that thinkers in the field of well-being regularly use, coming from the work of Amartya Sen and Martin Seligman: individuals and communities energetically growing and developing along a number of indicators, not just monetary or economic.

Much of the wellbeing research asks us to shift our basic understanding of human nature from homo/femina economicus (selfish maximisers of utility) to homo/femina socius (communally-interested empaths), based on much new social and mind science (Yochai Benkler’s The Penguin and the Leviathan is the coming and definitive work on this).

If we accept this science, then we can presume a few things about what Scots would do with their extra hours – which is that they will reach for pro-community and pro-flourishing activities, rather than, say, more Sky Sports 1. In themselves, this will reduce indice of “ill-being” (our parlous and interconnected health stats), and consequently reduce pressure on the welfare state to expensively bind together the walking wounded (which will be necessary if revenues from a steady-state economy stop growing).

The green movement’s UK think-tank the New Economics Foundation has a whole vision – encapsulated in their Great Transition research theme – for a ‘bigger society’ where we have the time and support to co-produce, and participate in, the services that constitute a healthy, meaningful life.

One clear agenda for the Reid Foundation is to ‘put a kilt’ on some of this research and these paradigms. But just as importantly, we have to connect the best in sustainable-lifestyle thinking to native enterprises and traditions. For one thing, as the endeavours of people like Mike Small around food production and consumption (the Fife Diet), or Andy Wightman and Lesley Riddoch in land reform and community empowerment show, we already have a vitality of practice around sustainable living.

The grander prize – with an independence referendum promising (to a greater or lesser extent) a step-change in the powers of governance – is to align national ambitions for a shift towards ‘green production’, with a progressive ‘green lifestyle’ also. It seems incoherent to argue for the ‘re-industrialisation of Scotland’ on the basis of renewable energy and other green systems, if the consequence of that level of employment is spending patterns that fuels the same-old go-go consumerist retail culture.

Tim Jackson argues that we need to shift patterns of investment at a macro-economic level – an arrangement which could support a properly sustainable society, pushing flows of investment capital in a much more long-term and pro-social direction (with a regulation of the labour market to reduce working hours being one of those tools).

One more research topic for the Reid Foundation would certainly be, again, to ‘Tartanise’ this debate about the proper macro-economic framework for a sustainable independent Scottish state. For example, is a beggar-thy-neighbour approach to corporation tax, as promoted by Salmond and many business supporters, really the appropriate instrument for sustainability? What exactly should be done with a ‘military dividend’ from leaving the Union, for example, in terms of infrastructure development?

The Left-Greens in Scotland need to step up to the moment of the independence referendum, and begin to do serious work on a new political economy of sustainability and wellbeing. There is a plethora of available intellectual tools and research precedents lying around. If we have institutional support to do this – beyond the fitful and donatory labours of the blogosphere, and not waiting for the sluggish response of Scottish academia – we should proceed immediately.