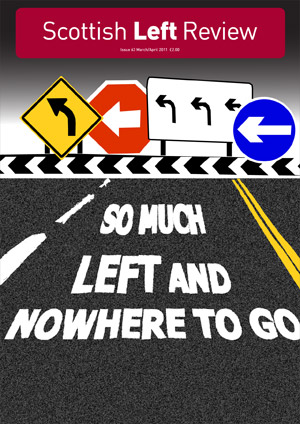 In this issue Kevin Williamson, Gordon Morgan and Robin McAlpine look at the current state of the left in Scotland, and its prospects if any.