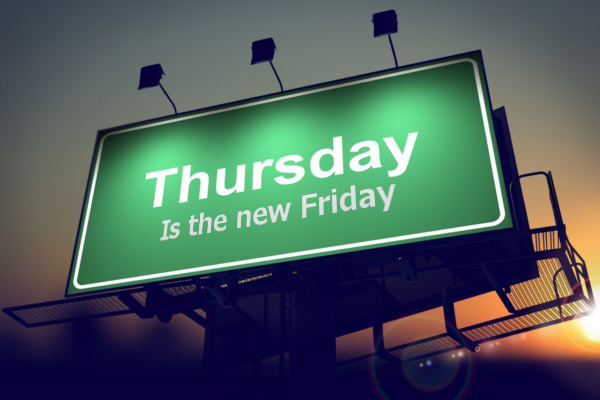 Ruby Gibson explains the evidence-based case for the shorter working week in the Scottish civil service.

Working time can and should be reduced. This is what PCS union members who work in organisations across the devolved Scottish civil and public sector have been saying for years, largely due to implementation of labour-saving technologies that workers should benefit from. And so, the four-day, 28-hour week – with no loss of pay or terms and conditions – has been a longstanding element of the PCS Scottish sector pay claim.

In recent years, there has been a growing movement and support for the four-day week, with the Welsh social enterprise, Indycube, being one of the first organisations to implement a four-day, 32 hour working week in 2016. Across the globe, others followed suit so that the global four-day week campaign has been born.

When faced with this demand from PCS members, employers have laughed and rolled their eyes at negotiators. “It’s just not possible, it’ll never work” they say. Then, in March 2020, practically overnight, civil servants and office workers started working from their kitchens and bedrooms, in ways that we had been told were ‘not possible’. Throughout the first part of the pandemic, mixed in amongst the feelings of angst was the collective re-evaluation of life. Shut off from family, friends, and communities, and working in a way that offered a level of flexibility that many workers had never experienced, the status quo started to be questioned. So, the four-day week came in from the margins to become a mainstream topic for media outlets and politicians. From Nicola Sturgeon to Jacinda Ardern, the social, economic and environmental benefits were being realised, with the four-day week touted as a potential solution to the post-pandemic recovery. People everywhere realised work can be better. When the political will is there, change happens. But, as has so often been the case before, change will only happen when there is organised power demanding it.

In this context, PCS Scotland decided it was time to further our agenda on the four-day week. In April 2021, activists and staff worked with the thinktank, Autonomy, to conduct a research project into the feasibility, desirability and impact of a shorter working week in the Scottish Government. The scoping project was conducted over 3 weeks and included three modes of engagement for consulting with workers: survey, interview and workshop. These methods were used to engage over 2,300 PCS, Prospect and FDA members (as well as non-union members) from a variety of job roles and working patterns across Scottish Government Directorates. This project placed workers at the heart of the discussion. Job roles included policy advisors, reception staff, security guards, fishery officers, social security advisers and meat inspectors, as well as examining those who worked part-time, had disabilities or caring responsibilities and were partially retired.

The project found a high degree of collective support and buy-in for a shorter working week, with 87% of respondents agreeing they’d be in favour of the Scottish Government exploring its introduction. Further to this, 84% of respondents were confident they could adapt their current work processes to fit the demands of a four-day week and the current flexi-system, with the successful implementation of home working demonstrating the organisational ability to adapt to change. It was clear from workshops and interviews that access to sufficient technological resources, management buy-in and increased staff numbers across some job roles are essential requirements for enabling the successful implementation of a shorter working week.

The perceived benefits of a reduction in working time included improving health, supporting caring responsibilities, and a better work-life balance. Employer benefits covered areas such as reduced absences, increased productivity and retention, and the potential contribution towards reducing the carbon footprint. The main obstacles that needed to be overcome were identified as the development of a more efficient and inclusive working culture, utilising labour-saving technologies and gaining collective buy-in for the initiative across all Scottish Government directorates.

However, our campaign for a four-day week is for all workers across the Scottish sector. For our members in organisations that come under the remit of the Scottish Government’s pay policy such as culture, justice and enterprise agencies, there is a demonstrated lack of will from some employers to implement tangible initiatives that look to reduce working time. PCS members’ engagement, the level of interest in the project and membership participation in events we’ve held since are testament to this. Only with members continuing to progress this issue will we win the four-day week. During the national consultative ballot PCS conducted in February-March 2022, 97% said they support the national pay claim that includes a demand for a reduction in working time. With the recent publication of the Scottish Government’s resource spending review, PCS knows we are heading into an industrially difficult period, but we also know the current political climate means that change can happen.