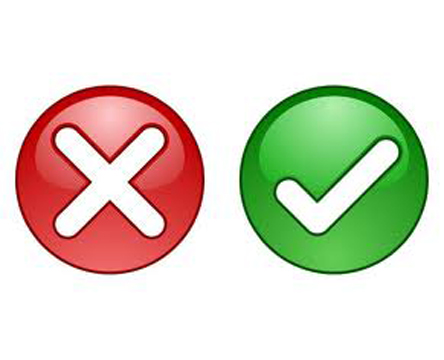 Perhaps it was the presence at this year’s STUC conference of the Yes Scotland and Better Together groups, all fresh faced, youthful and perma-smiles (not difficult against the coupons of the well-kent grizzled conference vets, admittedly) or maybe its just that we are getting ever-closer to Thursday 18 September 2014 that minds of trade unionists are becoming more focused on Scotland’s constitutional future.

At Perth most of the discussions I had with delegates, visitors and the passing media turned to the constitutional question and the position our main trade unions in Scotland may take. And, much like the general public, while we’re not quite in the same state of constitutional frenzy as our elected representatives, there is certainly a growing intensity among the grassroots of the Scottish trade union movement.

To its great credit, the SLR has been well ahead of the curve in educating and engaging people on the referendum. It’s thought-provoking approach, soliciting views from all sides across the Scottish left, has been a breath of fresh air in comparison with the largely turgid approach of our mainstream media which can’t, and won’t remove itself from the back pockets of vested-interests.

I’m a firm believer that if people want to make a truly informed decision on Scotland’s constitutional future next year then they need access to better information and our politicians, along with their respective campaigns, need to be made more accountable. As it goes, I think that – generally – trade unions are acting as the conduit for its members to do just that.

In my own, union, Unite the approach since David Cameron effectively fired the starting pistol on the referendum in January 2012 has been clear: Help our members get the information they want and amplify the questions they are asking in order to make an informed decision on the referendum process and in the final vote come September 2014.

Some people may think this isn’t such a tall order, but I would disagree. I think there is a deep awareness within trade unions of the challenge in achieving this against the backdrop of a changing political and social environment where trade unions in general are still adapting to the new political realities in Scotland.

In my view, our traditional political thinking never truly factored for a social democratic party political alternative in Scotland and the implications this would have on the trade union–political dynamic. Even with the rise of the SNP to power in 2007, few can honestly say they woke-up to the possibility that the SNP could consolidate power let alone deliver an independence referendum.

The hangover is that our main unions now have an activist base that, by and large, instinctively looks towards one political party for a response when things aren’t going their way, while also generally resigning themselves to the reality that this strategy will occasionally bear some fruit but more often than not will deliver less than they think they deserve.

However, and while we can argue long and hard about more acute remedies for this (another time, perhaps), there are definite signs that the haze of this political lethargy is lifting across our unions, giving way to a more edgy and informed campaigning political culture. Of course, in part this is a natural reaction to the economic climate and an increasingly brutal austerity agenda, but the nature of how ‘we do’ politics is evolving against this backdrop.

Trade union campaigning is increasingly overarching party politics – a very healthy development and not before time. You can see it in the recent BESNA dispute across the construction sector trade unions and also in their current campaign to tackle blacklisting, for example. This uncompromising style of campaigning is becoming infectious and it’s being actively encouraged by some trade union leaderships.

In the Scottish context, the timing for this couldn’t be better with the referendum in 2014, a general election in 2015 and irrespective of the referendum outcome, Scottish Parliamentary elections in 2016. Without being overly dramatic, it’s a proverbial holy trinity of opportunity for all trade unionists to rise, shake off the political dust and shape change. This should particularly encourage those on the Scottish left who have been shouting loudly for vibrant debate and a narrative that will help put the political orthodoxy behind the eight-ball.

In unions like Unite, the independence referendum has never been an issue to shy away from. From the outset, the potentially transformative effects of the referendum and its capacity to act as a once-in-a-generation opportunity to revitalise politics in Scotland has been well recognised.

However, the only questions some people seem fixated on are:

It’s both interesting and frustrating in equal measure about how others view us. Among the political class and in the old media, I continue to see a lazy and ill-informed expectation that old cultures of antecedent unions remain and that deals can be cut behind closed doors, offering the support of the grassroots (irrespective of whether the grassroots actually participate, never mind follow the said line).

And among the Scottish left community, more broadly speaking, there still remains a tendency in some quarters to view unions like Unite as political enforcers that ultimately exist to echo the views of the aforementioned lazy political class.

This brings me to Bill Ramsay’s piece in the last edition of the SLR (‘Between Union and union’). Bill touched on many points concerning trade unions and the independence referendum and he correctly highlighted the deep unease many of us within the movement feel towards the Better Together campaign, mainly due to the Tory platform-sharing reality of this campaigning body.

However, I also think Bill was well off the mark in his speculations over Scotland’s biggest trade union – Unite – and it’s approach to the referendum.

In the first instance, the suggestion that Unite is attempting to mobilise its Scottish-based membership to campaign for a ‘No’ vote is plain wrong. Bill said, “A recent visitor to a UNITE office told me that No materials, everything from leaflets to tabards, was much in evidence. However whether or not UNITE can mobilise the members to distribute the leaflets and to wear the tabards is another matter.”

Not only is this wrong, more importantly it also ignores the significant body of work the union has undertaken at the behest of its activists in Scotland over the last two years to get its membership involved in the referendum process.

Arguably, no other general union has taken the steps Unite has to engage with its members on the question of Scottish independence. Among other initiatives, this has involved:

Last summer, the Unite national policy conference staunchly supported the autonomy of its Scottish membership to shape the entire union’s approach to the referendum and readily acknowledged that, at the end of the day, it’s going to be a decision taken by people in Scotland and nowhere else.

Fast forward to last month and Unite’s Scottish Secretary Pat Rafferty; speaking on behalf of the STUC General Council at last month’s STUC Congress, Pat made it quite clear where the power in this decision-making process will rest:

We can take from this that the leaderships of our main trade unions understand that the question of Scottish independence will mean different things to different people across workplaces, industrial sectors and communities. So, there is no top-down imposition of a ‘union line’.

Over the next year, I fully expect union’s like Unite and the wider Scottish trade union movement, under the banner of the STUC, to continue to act as open and inclusive agents throughout the referendum process, as they have done so far.

The approach has been one of relative neutrality, actively informing and encouraging members and to hold their own deliberations and, ultimately reach their own conclusions based on a provoking and questioning attitude towards the political class.

The result of this is the visibility of trade union members active and vocal across the independence referendum campaign spectrum; from the shipyard convenors on the Clyde intent on staying with the UK, to the young activists on the Radical Independence Campaign. This is healthy, vibrant and although it won’t be without fierce exchange as time passes, it is what we want to see.

However, the simple fact remains: While some trade unionists may have reached their own conclusions already, the majority remain like the rest of the population – undecided and this also needs to be respected by those currently more resolute in their constitutional outlook. Tackling that indecision and empowering our members is the immediate challenge for our trade unions if we want this referendum to be the transformative event we all hope it will be.

Perhaps then people will no longer need to speculate and we’ll have a clearer indication about where our collective constitutional future lies.