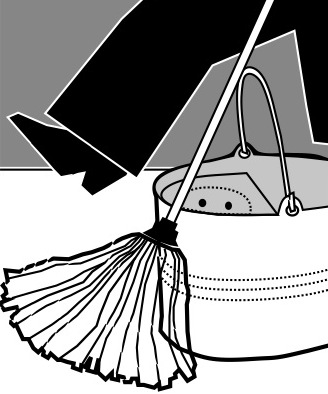 Thomas was trying to read the politics page of The Herald as he sat on the electric bus but he couldn’t concentrate for thinking of the new job he was starting today. He had put on a brave, broad smile and had given a wave as he left the door of his old workplace yesterday. He had felt sick as he was forced to leave the best job he had ever had, but the law was the law and he had been determined to leave with a show of good grace. He would do his National Service just like everyone else had to for one year every five years and he would put his best efforts into his new posting. Now he felt a mixture of relief and excitement at leaving all the old pressures behind and doing something totally different.

Thomas put down his Herald and peered out of the window as Monklands Hospital, his new workplace, came into view. Behind the hospital, he could admire again the spires of Monklands University, home of the world-renowned School of Peace Studies, where he had once worked as a lecturer.

Thomas glanced at his Herald. There was a really interesting-looking article on the history of the development of the World Co-operative Economic System from the Great Crash of 2020 to the present debates about whether the system was really only a temporary emergency measure, as it was still classified officially in international treaties, or a permanent shift in the economy that was seen to be working, as most discerning commentators thought. He would have a good read at that article after his shift. 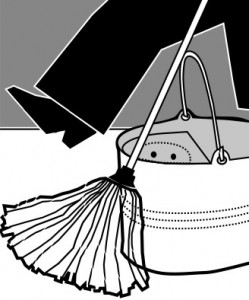 Thomas folded his Herald carefully and got up in readiness to get off at the hospital stop.

“Good luck in the new job, Tam,” said Ben the driver as Thomas was about to get off. “Ye did a great job for us a’ in yer aul job.”

“Thanks, I appreciate that, Ben,” Thomas replied. “An ye’ll hae noticed A used a few o the ideas ye sent me when A was in the job. Thanks for sendin me them.”

“Okay, see ye later,” said Thomas. He reached towards the standard green and red buttons of the public transport recording system. Public transport was free but passengers pressed the green button on embarking and the red button on disembarking so that data on passenger journeys could be recorded and used for future planning. Thomas pressed the red button and waited for the satisfying click sound. He got off the bus and enjoyed a short walk through the landscaped garden area on the approach to the hospital. Thomas took a deep breath of fresh air and entered the hospital through the glass sliding doors.

Only yesterday, Thomas had watched as the heavy wooden door of his old workplace opened for him on his last day in the job. Even on the last day, pressing issues had cropped up that had to be dealt with. He did, though, enjoy his last major appointment, a video conference interview he had agreed to do with Monklands Secondary School at the request of his nephew, Jack.

“No,” Thomas declared. “It is very important that the law is the same for everybody an there can be nae exceptions, even for me. A’ve known ma date for startin National Service for some time an we’ve prepared for it. Besides, naebody is indispensible; ma deputy is excellent an she’ll dae a great job as ma replacement.”

Jack handed the mike to Theresa for the next question.

“It’s a’ part o our fair system,” Thomas replied. “Ye can hardly believe it noo but, in the olden days, people used tae be divided between rich and poor. Rich people got a very good education an they were assumed to be the best people an they got good, interestin an well-paid jobs. Poor people lived in run-down areas an didnae get a good education. They got the jobs the rich people didnae want that were hard work an low-paid. Or, even worse, sometimes they had no job at a’ an very little tae live on. Now, under the World Co-operative Economic System, everbody gets a great education an we find that everybody has great talents that we want to make use o in society. Certain jobs that need tae be done for our basic necessities, a’ adults dae a share o them by workin in them durin their periodic years o National Service. This also refreshes people as they get tae dae somethin different an they get compensatory benefits when daein their service, such as extra air travel rations. A cannae wait masel tae use ma rations for a wee jaunt tae Bologna.”

Theresa passed the mike to Pat.

“Ye could say that,” Thomas replied, “but A prefer tae say that it was how people reacted tae the crash that created the new system. People across the world united an built a new system oot o the ashes o the crash.

In the crash o 2020, the world bankin system collapsed. There had already been a crash in 2008 followed by years o austerity so when the banks collapsed again, the governments o the world simply didnae hae the money tae bail them oot. The entire world economy collapsed. The vast majority o the population were thrown oot o work, rich people’s shares were worthless an they had naeb’dy tae work for them.

Then something extraordinary happened. Demonstrations took place a’ ower the world but people also discussed over the Internet how tae get ower the crisis. Historians ca’ this the Grey Matter Revolution. People realised that a’ the infrastructure an technology o the economy was still there. Emergency plans were made an implemented tae put the infrastructure an the technology tae collective use for the benefit o everybody, by-passing the aul order o rich an poor. Historians ca’ this the rise o socialism by default. A suppose that system continues tae this day.”

“Where dae ye stand,” Andrea asked, “on the issue o whether socialism by default is still a temporary measure or the new reality we have tae accept?”

And so Thomas had stood on the doorstep of Number 10 for the last time as Prime Minister of the United Federation of Republics of Great Britain. He walked to the end of the street and boarded the electric bus to the Federal Presidential Palace to tender his resignation.

Thomas was greeted at the hospital by his new supervisor, Eileen.

“Thank you,” Thomas replied, “it’s a pleasure tae be here an A hope A can make masel useful.”

“A’m sure ye will,” said Eileen. “Of course, cleanin is no just aboot a mop an a bucket – although there is that – but also aboot prevention o germ spread an the use o the latest technology. Ye’ll get full trainin, mind.”

The former Prime Minister donned his overalls and got to work.