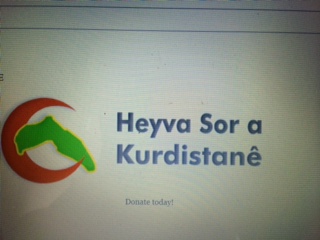 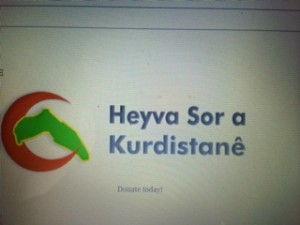 The town of Suruc in Kurdistan sits on Turkish territory close to the border with Syria. Its nearest neighbour sits across the border. This is Kobane. This Kurdish town and its surrounding villages had a population of around 400,000.

In Suruc town centre, there is an art installation around 5 metres high of an arm and hand holding aloft a pomegranate, symbolising the fertility of this region which for thousands of years has produced fruits and foods in abundance. The people of the region recognised no borders separating their two towns until the creation of the modern states of Turkey and Syria by the French and British imperialists who had emerged victorious over the Ottoman Empire. The border followed the route of the railway the French built to exploit the produce of the region, oil as well as fruit.

From that point, the Kurds of Suruc were denied the right to call themselves Kurds, to speak their mother tongue on official business, in school, courts and hospitals. Their brothers and sisters across the border in Kobane suffered the same national oppression. In the years around the break-up of the old empire, many Kurds moved across the artificial border and settled in Kobane and other parts of Rojava, Western Kurdistan.

The Syrian government used this fact to declare that millions of the residents of this region were not eligible to be citizens of Syria, denying them the right to state services. A situation that only changed in recent years as the Assad regime sought to gain support from a population they had for years scorned.

In Kobane and other parts of Rojava in the past three years a remarkable development took place when the Assad regime withdrew its forces. Suddenly, the people of the region were left to run their own towns and communities. In a short space of time, guided by a political leadership which had developed through years of struggle across Kurdistan, they created democratic, secular and gender equal institutions to run society.

The autonomous cantons of Kobane, Afrin and Cezire took over the running of schools and health services, building new ones and holding people’s assemblies to determine priorities. Kurds, Arabs, Muslims, Christians, Alevis and others participated freely. Gender awareness classes were ran for all public servants and those joining the armed protection units. A democratic revolution was underway in a region blighted by religious sectarianism and undemocratic regimes.

In November 2014, I visited Suruc. The town and surrounding area had now become the home for around 200,000 refugees from the forces of ISIS who had attacked the town in August. The Turkish government had supported those groups who had taken up arms against Assad and had established, with substantial European Union aid, many refugee camps for the Syrian people who had fled the civil war that Turkey had done much to promote and finance allowing resources, arms and fighters, to get to the anti-Assad rebels.

However when Kobane came under attack from ISIS, which had become the biggest, best armed and most successful of the anti-Assad forces, and the mainly Kurdish refugees had flooded over the border to Suruc, no material support was offered. Instead, the local council in Suruc was faced with the task of looking after them with their own resources and what the local people could provide.
Its young co-Mayor (Kurdish politics ensures that each senior position is shared by two people, one of whom has to be a woman) told me ‘we have a humanitarian crisis here but the world ignores it and hides behind the Turkish state who support ISIS’.

In the refugee camp a woman lay with her baby on a camp bed. She had lost both legs when she stood on a mine planted by ISIS. She had been unable to get crutches. The volunteer doctor who was running a field clinic explained they had no incubators for premature babies, no wheelchairs for the wounded and few pain control medicines.

I travelled to within a mile of Kobane and could hear gunfire and explosions and could see the ISIS black flag flying over one of the buildings. The world expected ISIS to crush the resistance of the Kurdish fighters in the Peoples Protection Units (YPG) and the Women’s Protection Units (YPJ) in the coming weeks.

However, with the support of Peshmerga forces from the Kurdish Regional Government in Iraq, who were allowed to travel across Turkish territory after mass demonstrations in all the main Kurdish cities and towns as well as in Instanbul, and aerial bombardment of ISIS positions by American war planes, the defenders of Kobane drove ISIS out of the city in January.

Suruc is now the centre of a re-building effort by the people of Kobane. Many refugees have returned to their homes to find them completely destroyed. The water supply has been cut off, electricity generation destroyed, schools flattened and all 4 hospitals, 86 clinics, 51 pharmacies and 9 medical laboratories either destroyed or severely damaged.

The re-building effort faces huge obstacles. The war against ISIS continues and much of the resources available to the people have to be devoted to ensuring that Kobane does not fall again. Kobane, and the other democratically run cantons in Rojava, continue facing an embargo by both Turkey and Iraq which limits the ability to get aid and resources through.

Therefore, an appeal to the international community has been launched by the Administration of Kobane Canton. They state: ‘We call on all governments and international organisations to immediately help facilitate the rebuilding of Kobane by providing us with essential support’.
Our government and the EU have not responded to this appeal and so we must demand that they do.

The Kobani people need a ‘humanitarian corridor’ to allow aid and materials to pass through Turkey. They require materials for housing, electricity generation and water supplies. In an initiative to offer practical support, UNISON has launched an appeal for cash and equipment to help re-build the health services. Donations can be made at www.justgiving.com/Kobane-Health-Appeal

The world must not ignore the plight of Kobane. Progressive people in the world cannot ignore the political movement in Kobane and Rojava to build a secular society based on equality and democratic principles.

For further information, see Report on urgent and essential needs in Kobane (Feb 2015) available at http://peaceinkurdistancampaign.com/2015/02/27/report-on-urgent-and-essential-needs-in-kobane/