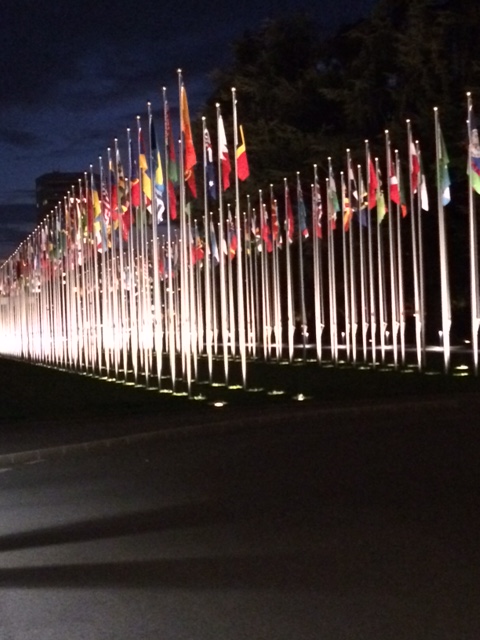 The Jimmy Reid Foundation (JRF) and the Scottish Human Rights Commission’s meeting ‘Brexit: rights, risks and responsibilities: What’s at stake for human rights in Scotland?’ was held on 22 February to encourage informed debate and provided an opportunity for people to equally enjoy Article 10 of the European Convention on Human Rights (ECHR) which is the right to form an opinion by receiving and imparting information.

Human rights are supposed to be core to the operation of European: ‘The Union is founded on the values of respect for human dignity, freedom, democracy, equality, the rule of law and respect for human rights, including the rights of persons belonging to minorities. These values are common to the Member States in a society in which pluralism, non-discrimination, tolerance, justice, solidarity and equality between women and men prevail’ (Treaty on the Functioning of the European Union, Article 2).

The EU’s delivery strategy promises an internal market that works for all, aiming at full employment and social progress whilst protecting and improving the quality of the environment’, combatting social exclusion and discrimination, promoting social justice and ‘solidarity between the generations’ and protect the rights of the child’ ((Treaty on the Functioning of the European Union, Article 3)

The ten speakers and contributors provided short presentations on the potential impact of Brexit on workers’ rights, equality and discrimination including the four major directives on gender equality, protecting the environment and the opportunity for a Scottish Bill of Rights.

Grahame Smith of the STUC updated the audience on the First Minister’s Standing Council on Europe and information was provided on the difference between rights in the EU and rights from the quite separate Council of Europe through which we can access the ECHR. There was a plea to maintain links with those other campaigners and activists across Europe post-Brexit who will continue to fight to ensure that the EU lives up to its ideals on human rights and social justice.

A lot of information to take in but a consensus emerged from the audience that enforceable rights are too often invisible in communities, workplaces and services across Scotland – so the danger is we won’t miss them if taken away by Brexit. Therefore, targeted action is needed to inform people of their rights, enable people to assert their rights including through advocacy services, and generate a culture and practice of rights across our 10,000 public services so people are served better and more fairly. An imminent opportunity is the local government elections in May 2017 when we can engage with people who have the resources and power to act.

The meeting examined other imminent threats to our human rights. Despite promises of a British Bill of Rights in 100 days following the UK Parliament elections in 2015, the Conservative Government has again postponed its development explaining the issue will be revisited after the UK leaves the EU. Of course, the promise is a threat as the Bill is tied to abolition of Labour’s Human Rights Act 1998 which the Conservatives condemned as ‘damaging’.

Instead, the political chat is about ‘reforming and modernising our human rights legal framework’, ‘restoring common sense to the application of human rights laws’ and ‘protecting existing rights, which are an essential part of a modern, democratic society, and better protect against abuse of the system and misuse of human rights laws’. We can speculate as to which individuals and groups they don’t want to assert their rights.

What is clear, though, is that the Conservative Government is hostile to people collectively asserting their economic and social rights so concocted and passed the Trade Union Act 2016. An undercurrent over the last few years from the Conservatives is that it is minded to withdraw from the ECHR, which would threaten our membership of the 47 State Council of Europe marking a further descent into isolationism.

Whilst the Jimmy Reid Foundation has no policy on Brexit because it does not take such positions, it did take the opportunity to restate that workers’ rights have been under systematic attack for decades from successive UK Governments. There is a danger that by focusing on the uncertainty of Brexit, we get distracted from focusing on the powers which the Scottish Parliament and the Scottish Government can exercise, under the Scotland Acts, to make human rights concrete. For example, refusing to reward companies that blacklist workers with public sector contracts in the construction sector is but one instance of using such powers. There is also the opportunity to influence the detail of the ‘Scottish National Action Plan on Business and Human Rights’ which is targeted at the private sector including companies owned by the public sector and more generally move politicians from statements of principle, to commitments on action within specified timelines.

As our human rights are under attack at many levels, informed and co-ordinated action is, therefore, now essential.

For the consolidated Treaty on the Functioning of the European Union (TFEU) Article 2 see http://eur-lex.europa.eu/legal-content/en/TXT/?uri=CELEX%3A12012M%2FTXT
For more information on the Council of Europe, see http://www.coe.int/en/web/about-us/who-we-are