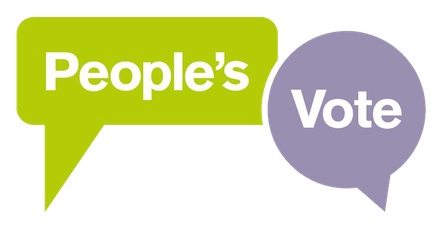 ‘Brexit means Brexit’ declared Theresa May. Though what exactly Brexit means depends, of course, on who you speak to. What is clear is that there is no version which commands majority support in Parliament, let alone any version that is feasible. Theresa May’s ‘Chequers Plan’ is effectively dead, though it barely ever saw the light of day. The plan is loathed by most within her own party, opposed by Labour and declared unworkable by the EU.

Then there are various far-right versions of Brexit, but all share something in common. They are all being promoted by powerful and secretive organisations best described as the Brexit syndicate. All want to usher in new ‘free trade’ treaties – whether this be a ‘Canada plus’ model, or a ‘no-deal WTO’ (World Trade Organisation) scenario – that would rip up the standards, protections and rights the EU has brought us over the past four decades. And all seek to rewrite the rules of global capitalism in favour of the 1%. The powerful lobby group, the European Research Group (ERG) chaired by Jacob Rees-Mogg, is one such organisation. Its hard Brexit demands were described by Conservative MP Nicky Morgan as ‘a ransom note’.

So, a referendum that was meant to heal divisions inside the Conservative Party over Europe has only exacerbated them further. The party has now descended into bitter in-fighting and chaos. Our country has been left ungoverned by the ungovernable. Neither does Brexit make any economic sense, unless you are part of the 1% or a disaster capitalist looking to benefit from a crisis.

Britain’s trade with the EU accounts for 44% of this country’s exports and 53% of its imports so any disruption will put jobs and livelihoods at risk. There has been a steady succession of industries and businesses warning that Brexit also means their exit from Britain. Some have already walked. Lloyds of London has begun the process of morphing into Lloyds of Brussels and Aviva is moving to Dublin. Love it or loathe it, insurance represents a huge proportion of our services exports. Then there are corporate giants such as Airbus, who have said they could leave the country if Britain leaves the single market and customs union, and car manufacturers like Honda, warning about severe disruption to their ‘just-in-time’ supply chains. But at the other end of the spectrum too, farming businesses could be devastated. A recent report concluded that a ‘no-deal’ or WTO rules Brexit would impact on Cornwall more adversely than any other region in Britain, due to the high proportion of EU exports in highly vulnerable sectors, particularly with food and live animals, accounting for 90% of exports to the EU, and with material manufactures, accounting for 69%.

But it’s not just businesses sounding the alarm bell. A stream of studies, including the government’s own impact analyses, have indicated that Brexit would be a disaster for the economy and employment. All reach similar conclusions: any Brexit option will impede Britain’s trade with the EU; British exports to the EU will suffer and imports from the EU will become more expensive.

And the Westminster government already knew all this before the referendum. In 2014, it published ‘the most extensive analysis ever undertaken of the UK’s relationship with the EU’. This Balance of Competences report concluded that membership of the single market resulted in the GDP of both the EU and Britain being ‘appreciably greater than they otherwise would be’ and that ‘integration has brought … appreciable economic benefits’.

The result of the EU referendum has also been seriously undermined by law breaking. The official ‘Vote Leave’ campaign was fined £61,000 and reported to the police after evidence emerged of illegal coordination with another campaign group, ‘BeLeave’. Meanwhile, the unofficial ‘Leave.EU’ campaign, headed up by Nigel Farage, was fined £70,000 over multiple breaches of electoral law. All this has led to a crisis in our political and democratic system. But rather than address these problems, proponents of Brexit have deflected a crisis of their own making onto others. They blame those who voted ‘remain’, accusing them of ‘talking down Great Britain’. Then they blame the EU for lack of respect or failing to come up with alternative plans. Or if none of that is convincing, they turn it back on the electorate, pointing out that they are just fulfilling the will of the people, however tough that may be.

And that brings us to the ‘People’s Vote’. Two years on from ‘Brexit means Brexit’, parliament is in political paralysis and the idea of a vote on the final deal between the Britain and the EU has been gaining increased cross-party as well as public support. Last weekend some 650,000 marched in support of the ‘People’s Vote’, the biggest London demo since the 2003 Stop the War march, when a million people protested against the Iraq war. This movement is now looking unstoppable and the rate at which it has grown is breath-taking. A similar march in June attracted 100,000, which was considered a huge success given that at the beginning of the year the campaign was still in embryonic form. 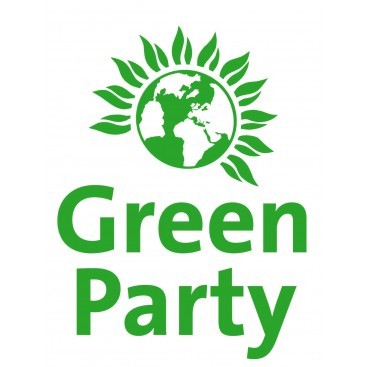 Political parties have found it difficult to keep up but have now begun to move. The Greens and Lib Dems have long backed the idea of a vote on the final deal. Indeed, it was the Green Party of England and Wales that first put forward the idea of a ‘ratification referendum’ which has since developed into the ‘People’s Vote’. Both the Green Party of England and Wales and the Scottish Greens confirmed their backing for a ‘People’s Vote’ at their autumn conferences. The Scottish National Party, with the third largest bloc of members at Westminster, also passed a motion at its autumn conference, pledging its MPs to vote for a new referendum if that choice is put to Parliament. Even Theresa May, who has consistently refused to countenance the idea of a further referendum, was forced to address the issue in her conference speech, faced as she is with a growing number of her own MPs calling for the second vote.

But what of Labour, the Party that is most able to make this happen? At their conference in September, the opposition Labour Party passed a motion which agreed to ‘all options remaining on the table, including campaigning for a public vote’. Such a move was driven by members, 9 in every 10 of who support a ‘People’s Vote’. But Labour’s leadership is still reluctant to back such a vote. Corbyn seems to regard the EU as a bosses’ charter, out to wreck Labour’s economic programme, and specifically its plans for public ownership. But Corbyn needs to listen to leading law experts on the matter.

A legal assessment of 26 of Labour’s economic proposals found the effect of EU or Single Market membership to be negligible. The authors noted Britain would have to more than triple the amount it spends on state aid to even match the proportion of GDP which Germany spends on subsidising its public companies. And, of course, French railways and German municipal energy are examples of exactly what Labour wants to do in terms of public ownership.

Alongside growing public support for the ‘People’s Vote’, leaving the EU can no longer be considered ‘the will of the people’. Demographic changes, – where many more pro-European young people have now reached voting age – along with many who have changed their minds since the referendum, means remaining in the EU now commands majority support. Of course, to the people of Scotland, leaving the EU has never been ‘the will of the people’ and they are being dragged into Brexit against their will.

But is such a vote feasible? The Article 50 letter notified the EU of our intention to leave, but Britain is still a member state, so has the right to withdraw the letter. As to government legislation for a new vote, the ‘People’s Vote’ campaign believes there are currently at least six plausible parliamentary routes. And the EU has made clear – despite the trouble and expense Britain has caused – it would be happy to extend the Article 50 timetable to allow for a ‘People’s Vote’ to take place.

A ‘People’s Vote’ offers not just an opportunity to extricate ourselves from an impending disaster. It also offers – indeed, it must offer – a chance to fashion a new vision for a Europe based on the principles of social, economic and environmental justice. Above all else, the vote to leave the EU was an expression of discontentment; of alienation; of feeling left out and left behind. No wonder those regions most affected by austerity, poverty and inequality jumped at the promise to ‘take back control.’

A ‘People’s Vote’ which simply offers a return to the status quo simply won’t do. It needs also to offer political and constitutional reform. This must include self-determination, which is why the Scottish Greens want to see an independent Scotland in the EU, allowing the nation to collaborate with other European countries on equal terms.

Democracy did not end on the 23 June 2016. So much more is now known and understood about the EU and our relationship with it, and about the corruption that was central to the ‘leave’ campaigns. People have a democratic right to demand a further opportunity to decide whether the reality of Brexit, as opposed to broken promises, is actually what they wanted – or, whether their interests are best served by remaining in the EU. It’s time to let the people decide the best way forward.

Molly Scott Cato is Green MEP for the South West of England and Gibraltar. She is also a professor at the University of Roehampton.