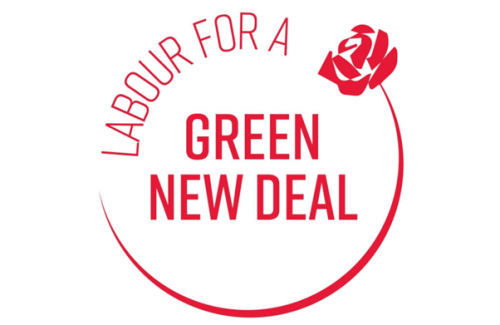 COP26 has now arrived in Glasgow. These two November weeks will be remembered as a critical moment for the future of the planet, and we should be in no doubt what is at stake. Heatwaves, wildfires, flash flooding and biodiversity loss have become more noticeable for those of us living in Global North but are becoming far worse for those in the Global South, who have long lived at the sharp end of extreme weather events. According to the IPCC’s report in August, the outlook is grim. Climate change cannot be averted, and there is little cause for optimism that, under the UK’s presidency, COP26 can successfully limit emissions in order to keep global temperatures below 2°C. Despite this, there is widespread awareness of these issues and there is public appetite for change. YouGov (4 June 2021) polling has shown the environment consistently ranks in the top three most important issues in the UK, and a global survey by the UN (Guardian 27 January 2021) found two-thirds of respondents think climate change is a global emergency. And yet we find little evidence that the transformative policies which are required to address the severity of the climate crisis are being taken up.

The Paris Agreement (2015) and Kyoto Protocol (2005) show that international agreements remain flawed instruments that make binding agreements between national governments at an international level difficult to achieve. In explaining this, we have to look first and foremost at the level of the nation-state. It is governments and states who create, implement and sustain international environmental negotiations such as COP26. National presidencies of these negotiations are a significant factor which determines their successes or failures – the weakness of the UK on the world-stage gives further cause for skepticism regarding possible outcomes. Shifting domestic political and economic interests have led national governments to remain fixated upon market solutions such as carbon pricing, combined with technological fixes such as carbon capture and storage which simply shift environmental problems around without addressing their underlying causes. These have roundly failed to resist the pull of a ‘business-as-usual’ status quo that is locked into fossil capital. But they present something more than just false solutions for they also represent an attempt to disguise the political character of environmental problems by de-politicising the climate crisis.

De-politicisation, firstly, seeks to stifle and diffuse the antagonistic relations of power that underpin environmental issues by posing them as universal problems which affect everyone equally. This is the view, as the sociologist Ulrich Beck once put it, that ‘smog is democratic’. Whether it be Tony Blair’s belief in 2005 that ‘Global warming is too serious for the world any longer to ignore its danger or split into opposing factions on it’, or Al Gore’s view in 2007 that ‘the climate crisis is not a political issue, it is a moral and spiritual challenge to all of humanity’, this presents environmental problems as requiring techno-managerial solutions which are achievable through narrow institutional reform. This is useful for governments and big businesses as it deflects blame and allows the climate crisis to be framed as a crisis for humanity, instead of being defined by inequality and injustice. This path of least resistance may keep those with vested interests content by presenting little threat to profitability but has so far done little to make any meaningful headway into tackling the climate crisis.

De-politicisation, secondly, allows nominally progressive political organisations to put environmental issues beyond the scope of conventional political action. Here, the SNP’s tendency to blame everyone but itself for repeated failures of policy is instructive. The Scottish Government’s ‘Third Way hand-wringing’, as Jamie Maxwell put it in Jacobin (21 August 2021), has led to abandoned Bi-Fab workers, a refusal to solidly come out against the Cambo oil development and a failure to meet the SNP’s own carbon targets for three years running. More worryingly, environmental movements like Extinction Rebellion (XR) show some naivety when they suggest we must, in their own words, go ‘beyond politics’ and ‘beyond ideology’ where ‘somebody has to win (and therefore someone loses)’. XR are only the latest incarnation of the mistaken view that environmental movements should go ‘beyond –left and –right’. This often ignores the conflict between competing interests which a political understanding of the climate crisis draws attention to. Without a structural diagnosis of power relations which lie at the heart of environmental problems, XR fails to recognise that the climate crisis produces winners as well as losers but also of the limits of forever standing outside the state, as Sam Gindin and Leo Panitch put it in The Socialist Challenge Today: Syriza, Corbyn, Sanders (2020). XR’s choice of targets is also deeply questionable – XR’s leadership were charged in August 2020 with plotting to commit acts of criminal damage on buildings owned by UNITE and UNISON, while their direct activism against commuters in predominantly working-class areas has attracted significant controversy.

De-politicisation, therefore, frames the climate crisis as either a problem of market failure which can be resolved through narrow institutional reform or technological fixes, or of a crisis of humanity that requires we ‘go beyond’ politics. In doing so, de-politicisation ignores the uneven causes and effects of environmental problems and writes out the class, racial and gender dynamics of environmental issues. In place of this, we need to frame the climate crisis as a problem of social transformation that requires political interventions suited to tackling unequal power relations in society. Politics is fundamentally about the conflict between antagonistic and competing group interests. A politicised understanding of environmental problems highlights questions of economic ownership, social control and political power: the climate crisis becomes a class issue that requires a strong working-class response. For this reason, we need ‘working-class environmentalism’ that should include, but not be limited to, a political party that is serious about winning state power and that has capacity to enact an ambitious and transformative eco-socialist agenda. This party should be backed up by a working-class movement that focuses upon the imbalances of power that lie behind social antagonisms and that creates the conditions for environmental catastrophe. 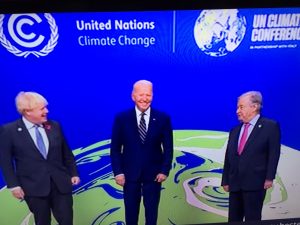 Luckily, we do not need to rely upon technocratic governments, timid politicians nor strategically inept social movements for this. Despite the end of the Corbyn project and ongoing moves against socialists within Labour, there are still reasons for hope. Labour for a Green New Deal (LGND) is a grassroots campaign within Labour that has set out compelling eco-socialist solutions to the climate crisis. Arguing for a socialist and worker-led transition, LGND is an advocate of a state-led response that has the principles of democracy, solidarity, justice and internationalism at its heart. We believe that that the climate crisis is first and foremost a crisis of capitalism. This requires not only a planned socialist economy where production is geared towards social use and environmental sustainability, but also a just adaptation to a more crisis-prone environment. Central to this is a massive extension of public ownership and the introduction of innovative democratic models of ownership, but also a Just Transition which can create millions of decent, well-paid and unionised jobs. This all requires that the UK’s draconian anti-union laws are revoked in their entirety. At this year’s annual conference, delegates voted overwhelmingly to commit the party to support a visionary ‘Green New Deal’, and for the extension of public ownership and community wealth building. These transformative ideas – many of which first appeared in the 2017 and 2019 manifestos – remain hugely popular with the general public. Instead of continued retreat, the left within Labour would do well to begin the hard work of rebuilding its support base from the bottom up by reconnecting activists, members and communities using these policies as a starting point for serious strategic discussion. However, there is no easy nor straightforward route for the left’s renewal: without doubt, a hard road lies ahead as Starmer’s counter-revolution intensifies. Ultimately though ‘the Labour Party must be criticised, but it cannot be discarded’ as Aneesa Akbar put it (Tribune 12 October 2021).

More optimistically, the union movement is beginning to assert itself as a vital environmental agent of change, able to develop and implement innovative solutions to environmental problems. Despite a historic skepticism towards environmentalism, unions have engaged with climate issues at the workplace and beyond, and can answer the challenge of environmental problems from a distinctly working-class perspective. The emergence of working-class environmentalism within the union movement, what I describe as labour-environmentalism, can revitalise unions, but also holds the prospects for a re-radicalisation of the union movement as a social force which can champion a distinctly working-class variant of environmental politics. Moreover, labour-environmentalism does not require a profound transformation of the intellectual traditions and ideological resources associated with trade unionism – the union movement has a long history of articulating alternative economic strategies which challenge the rationality of the market by being rooted within the notion of solidarity and a moral economy. By emphasising that it is the expansionary dynamic of capitalist accumulation which lies at the heart of the climate crisis, these can steer well clear of the questionable and often incoherent politics of ‘degrowth’. Here, contemporary unions can learn much from the Alternative Plan produced by Lucas Aerospace workers in the mid- to late-1970s, and the occupation of the Vestas plant on the Isle of Wight in 2009, which was framed by workers themselves as a struggle for a more democratic economy and Just Transition for workers. In addition to this, Trade Unions for Energy Democracy (TUED) have vocally advocated for the democratic ownership of energy production. In all these cases, trade unionism has articulated a challenge to the rationality of market relations by putting production for social use ahead of production for profit, and acted more as swords of justice than just another set of vested economic interests.

The labour and union movements can, therefore, articulate an alternative and class-based politics of the environment – a working-class environmentalism – that puts class relations, capitalism and power at the centre of our analysis of – and action on – the climate crisis. This is not to romanticise Labour nor fetishise the unions. By abandoning his 10 pledges, Starmer provides a timely reminder that Labour is not a socialist party, but a party with socialists in it. Meanwhile, the integrative and transformative tensions within the union movement present as many challenges as opportunities. Despite this, these organs of working-class power remain the best hope for socialists to organise within. If this requires shifting the balance of forces internally in these organisations as we tackle the imbalance of power in society, so be it. There are no final victories nor final defeats. With visionary leadership, an engaged membership and energised activists, it is possible to popularise and institutionalise a transformative, emancipatory vision of a fair, just and sustainable society. Given time is rapidly running out, we need to quickly assert our demand for democratic eco-socialism over barbarism. The cause of labour is the hope of the world – and now, more than ever before, we have a world to win.

Ewan Kerr is a Senior Teaching Fellow in Environmental Politics at the University of Edinburgh, and recently completed his PhD thesis entitled ‘The Politics of Labour-Environmentalism’. He is Research and Policy National Co-Lead with Labour for a Green New Deal, and a member of Glasgow Kelvin Constituency Labour Party.

Climate justice and climate jobs: one is necessary for the other