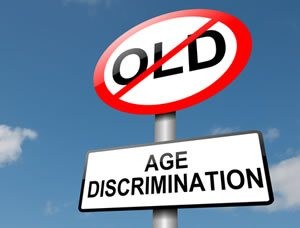 This third article concerning age, ageing and older people’s issues relates these interrelated factors to Scottish politics and suggests priorities for the left during 2019. The essential argument is that policy and action should oppose the present neo-liberalisation of ageing, and be driven forward by a rights-based approach rather than the current dependency model and methodology for defining older people and their issues. Identifying and combating ageism in all its forms should be a particular target for government, political parties, unions, charities, community groups and socialists in anticipation of the next Holyrood election in 2021 and campaigning around a possible second independence referendum.

The Scottish Government’s A Fairer Scotland for Older People: A Framework for Action appeared in March 2019 and is a major statement of intent. The focal point is a very welcome commitment to tackle ageism and implement a rights-based approach to our ageing population. The list of actions described seems more symbolic than material and more reliant on collaboration with existing programmes and partners than in breaking new ground and establishing new change mechanisms. Equally, there is a requirement for funding and budgets to be clarified to allow a balanced evaluation of the document and the possible impact of its proposals.

Analysing, critiquing and if necessary proposing alternatives to the Framework will be a major task for the left during 2019/20. A foundation for analysis is the challenge of linking demographic ageing to other major dynamics such as climate change, technological change, and the economic environment and which are currently treated as separate issues in public policy. Accepting this challenge is a key political and electoral task for reforming and managing the present devolved settlement and envisaging a future independent Scotland.

The 2017 general election manifestos did not come anywhere near this objective, lacking even distinct sections on older people. The Framework does not really make up for those deficiencies but it is a step in the right direction and offers all parties a common reference point for their thinking about older people and the ageing population.

Looking ahead to the next Holyrood election in 2021, the SNP should be well placed on particular aspects of older people’s issues, having introduced a new cabinet post of Minister for Older People and Equalities in 2018 (Christine McKelvie MSP). However, it will need to defend its previous decade in power regarding older people’s issues. The new Minister and the current Framework exercise offer the SNP an opportunity to explain their efforts on older people and equalities, thereby, creating a baseline to deflect criticism. That said their political prospectus must offer a strategy for ageing within an independent Scotland as well as a checklist for improvements under devolution.

The other parties can simply react to an SNP stance but that would be a weak and disaffecting position if the SNP produced an attractive offer to older voters. The initial challenge for all parties is to devote serious attention to population demographics as an issue in its own right and align policies for age and ageing and older people accordingly. Can we look forward to a ‘Grey Deal’ for Scotland’s older people to match the various ‘Green Deals’ likely to be on offer for the next election?

In any case, Brexit is currently reshaping the landscape on a basis of unstable governance. Whatever the outcome, it is unlikely to benefit many older people. So, when the impacts become clearer, the grey voters may punish politicians for not protecting their interests. In the short term, no party seems willing to offer any form of mitigation if there is a detrimental impact on pensioners standards of living. In fact, direct attention to older people’s needs has been scarce in the Brexit debate by comparison to the attention dedicated to trade, tariffs, internal party disputes and other headline grabbers.

What of independence and the present focus on another referendum on it? An independent Scotland would be born overnight complete with its own population, so the approach to demography post-independence needs to be defined in advance – ideally by showing a clear break from neoliberalism towards socialism. This is as important an issue as the popular debates about currency, EU membership etc., and should be solidly based in existing population data. In a paper for the Commonweal called The Demographics of Independence: 2018 edition, Craig Dalzell summarised the demographics of Scottish democracy so there is a common basis for analysis and policy discussion about ageing. In electoral terms, he showed age is a powerful and subtle correlate of voting preference on independence. In effect ‘older’ voters are a key segment of the electorate for both pro- and anti-independence campaigners but they cannot be taken for granted by either side.

To conclude, many older citizens today are those ‘Baby Boomers’ who campaigned for progressive policies on racism, equal opportunities, abortion rights and workers’ rights over the last forty years. They are not the anti-young people demons of right-wing propaganda. The demographic challenge for the left today is to unite the generations to combat the divisions caused by negative stereotypes and propaganda designed to set older and younger citizens at odds with each other.

Writing in a personal capacity, Bill Johnston is Chair of the Scottish Seniors Alliance
(http://www.spanglefish.com/scottishseniorsalliance/)

Age, ageing and ageism: how ageist is Scotland?