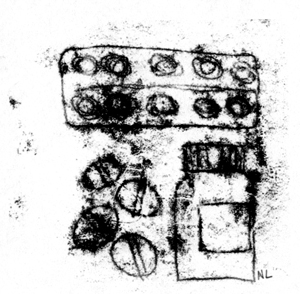 Secrecy is suffocating NHS Scotland. The media is forced to deal with controlling spin-doctors instead of real doctors. Staff fear speaking up, even on small matters. As for major controversies, lack of protection for whistleblowers is appalling. Spin over appointment of ‘whistleblower champions’ is laughable as all are in-house Board appointees. God help any patients or carers trying to get answers as even MSPs get sleekit no answers to Parliamentary questions. Health is dominated by unelected boards. Why bother having elections? But health ministers allow them to rule.

Take a subject affecting 800,000 in Scotland (to varying degrees) which should be uncontroversial: chronic pain. It took 15 months of struggle by the Parliament’s Cross Party Group on Chronic Pain to force publication of the waiting lists at NHS pain clinics. Even a Scottish Government promise in November 2014 that they’d be disclosed as late as November 2015 was broken. So I had to use FOI and that helped force publication. It turned out the Government was publishing only the waiting lists for first time patients.

But most of the 57,000 appointments annually are for ‘return patients’ needing continuing treatment (hence ‘chronic’). First timers are under a guarantee of being seen and treated within 18 weeks. These smaller numbers are bound to be better.

What isn’t publicised is that there is no guarantee, no timescale and no protection for patients needing return treatments. These are still concealed. So sufferers are effectively split into two classes of patients. And the unfortunate ‘returners’ can be pushed further down waiting lists in the rush to tick boxes for the first timers. Even under FOI, Boards refused my requests to reveal how many returners were still in the long queues, claiming this would exceed cost stipulations.

Liz Barrie of East Kilbride is one of many patients forced to be ‘second class’. ‘You wouldn’t let a dog endure the excruciating pain I suffer daily’ says Ms Barrie, a mother of two. ‘I was heading for a year over the time my spinal injections needed renewal and I’ve been 18 months over in the past’. Gross delay by NHS Lanarkshire has, she says, meant giving up her job and being on morphine and 22 other tablets daily.

She has damaged discs, requiring twice yearly injections. But NHS Lanarkshire still doesn’t provide enough staff, despite years of complaints about understaffing. Ms Barrie says: ‘Being doped up to the eyeballs is no substitute for the injections, which lift the worst of the agony and reduce the other meds. Lanarkshire’s pain staff are very skilled and caring. It’s not their fault there are so few’.

A letter to Ms Barrie from Heather Knox, NHS Lanarkshire Director of Acute Services, reveals current Scottish priorities. Knox wrote: ‘Regrettably, there is continued increasing demand for chronic pain services in Lanarkshire which is outstripping the current available capacity. The increasing number of new referrals has impacted on the number of available return appointments which has, in turn, increased the wait for return patients’. However, a few weeks after I revealed Ms Barrie’s plight in the Herald, she got her injections. The same happened when four other Lanarkshire patients sought the Cross Party Group’s help. But we can’t know of countless others.

Dr Richard Simpson, former Labour shadow public services minister, told me: ‘Waiting times for repeat appointments are not just hidden, they are being buried’. ‘The Scottish Government and health boards should be ashamed of themselves. The current health ministers refuse to intervene and tell the boards to provide enough staff for this multitude of patients’ says Ian Semmons, chair of the Action on Pain charity.

Pain services improved when Alex Neil was health secretary – he had a history of concern for pain patients. He also stood up to Boards when needed. But after Neil was switched to another cabinet job in 2014, there’s been slippage. Currently, elected ministers seem to be doffing caps in subservience to unelected health boards. Maureen Watt was put in charge of chronic pain, as public health minister. She stated: ‘In terms of follow up appointments, we agree this is very important. However, our ministerial steering group continues to examine this, in order to further drive the improvements we all want to see’. That’s the Ministerial Group which Action on Pain calls ‘a toothless talking shop’.

So secrecy in health is at unhealthy levels and potentially dangerous to the public interest.

Dorothy-Grace Elder is a former SNP MSP and now not a member of a party but pro-independence.