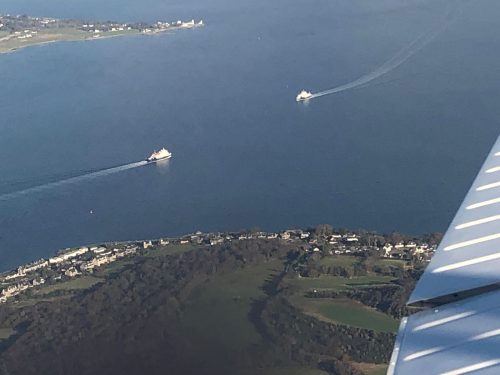 Kenny MacAskill looks back at Alba’s debut campaign and forward to its future.

Sometimes in politics, as in life, the concept can be correct but circumstances and timing are wrong. And so, it was to prove for Alba in the Holyrood election. That an SNP vote on the list would be wasted and let in unionists was proven spectacularly correct. An even larger SNP vote saw even fewer list SNP MSPs returned. But what was sound in theory didn’t get through to reality. For Alba, it was too short a campaign with an almost total media blackout, disgraceful given past indulgences to UKIP, and with an SNP denial of the basic electoral arithmetic. That latter aspect is all the more ironic given Unionist tactical voting to save constituency seats, thus, denying the SNP an overall majority.

So where now for Alba? Well, with 2 MPs, 20 councillors and over 5000 members it’s not going away. That’s more MPs than Labour and more members than the Liberal Democrats – and no one’s calling for their dissolution. Indeed, the membership whilst disappointed in the outcome, has equally been energised by it. The justification for many in either leaving the SNP or joining Alba at all was simply reaffirmed on 6 May.

The electoral debate was changed by Alba’s arrival and it’ll continue to play a part in Scottish politics. Indeed, the outcome and some early declarations by the First Minister give further impetus to the Alba’s twin track push for independence and the promotion of a radical agenda. This election was too soon for Alba to succeed but the outcome justifies its birth, and ensures its necessity.

Of course, that does mean that the administration and bureaucracy of Alba will require to be formed but that’s well underway. Plans for an inaugural conference are in motion and enthusiasm is increasing. The mundane parts of democracy that can be dull and tedious are still vital. But the resource base is there and members can look forward to having the opportunity to set their constitution, elect their office bearers and debate and decide policy. For the need that was evident before the election for a hard and fast push for independence, as well as a radical platform, has only been confirmed by results both sides of the border.

Previously, Nicola Sturgeon had given a veto to Boris Johnson by ceding that a Section 30 Order was not only required but the only route. That sterile debate will continue as it suits both SNP and Tory to posture that they’re pushing hard for or defending vigorously respectively – even if the reality is that it’s a charade where both know it’s not happening anytime soon. But at least it keeps their partisan audience satiated.

Even that charade has now been manifestly rendered dated with the declaration that there’ll be no independence referendum before a coronavirus recovery. Well, how long’s that to be? The pandemic’s easing and vaccinations are being rolled out but the full economic impact is still to be felt. It’s going to get worse still as factories and businesses come out of furlough or rather don’t – either staying shut permanently or with a greatly reduced staff. It’s not that a recovery’s starting. It’s that the worst is still to come. Johnson doesn’t require to veto a Section 30 Order. All he has to say is ‘now is not the time’. The First Minister has now not only given the Prime Minister a veto but has allowed him to set the timing.

Besides, how can Scotland recover without the necessary economic and fiscal powers which Holyrood is denied? Limited borrowing powers and the absence of other fiscal levers, leave the Scottish Government impotent or, at best, beholden to Westminster. The house construction and building retrofitting so necessary for job creation, stimulation of the economy and the addressing of global warming will be limited. Instead, it’ll be Westminster pet projects that’ll be funded all delivered centrally and plastered with the obligatory Union Jack. Prospects for recovery, therefore, will be hindered from the outset and the journey to independence, which alone can change it, further delayed.

All that makes Alba’s case and the many who supported SNP this election will then see the merits of Alba’s case. Rhetoric on independence from the SNP Scottish Government will not be matched by tangible actions, let alone progress. Frustration at SNP on the constitution will also be mirrored on social and economic policy. Attacks on women’s rights will increase through the SNP/Green coalition on the Gender Recognition Act at least, if not on wider policy areas, and the general drift to centrism rather than radical action will only accelerate.

Electoral results both sides of the border also open up opportunities for Alba. Labour went backwards in Scotland this election despite Anas Sarwar’s able media performances. Constituency seats were only won through Tory transfers, and so radicalism there will have to be eschewed. Besides the real problem lies in the catastrophe that took place south of the border. There’s no cavalry coming over the hill from UK Labour and if it cannot win in England, it shows only independence can save Scotland.

So, it’s game on for Alba. Council elections next year will see Alba candidates promoting the cause of independence and espousing radical policies. Work on the policy issues of borders, currency, pensions and almost everything else that SNP have failed to do will be prepared. Alba will also work with others defending jobs and services and campaigning for independence as lockdown restrictions ease and people power can be unleashed.

Kenny MacAskill is the Alba MP for East Lothian