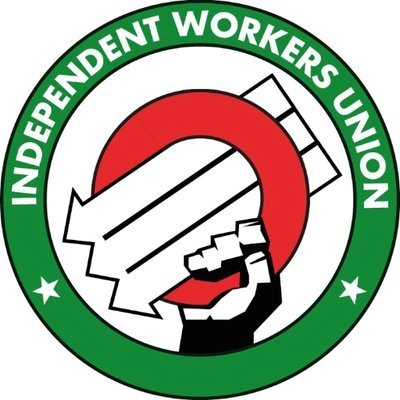 I dish nibbles and pour wine at events in University College London (UCL). I serve water at the start. I put chairs and tables in place and move them across venues. I pick up coffee cups from the floor. I test the AV system and adjust the volume of the microphones. Speakers arrive, for the most part women, and we speak about their trip and the timely nature of their work. When they are late, there is still time to exchange some nice words. They ask for my name and thank me for my work.

Some other speakers arrive, for the most part men, a little bit anxious. I ask them about their trip. They answer briefly avoiding interaction and looking for familiar faces around the room. I ask them to speak into the microphone because it is difficult for them to be heard at the back of the room. Some of them don’t do this because they believe, I think, the microphone should adapt to them and not them to the microphone. They get nervous; their eyes demand at me, as if yelling, that I repair the microphone. I believe it is them who are broken.

I wouldn’t, however, ask the same to others, for the most part women. Technology is surprisingly sexist; our microphones and loudspeakers pick up and project lower-pitched voices better. In fact, we can refer to microphones with a masculine name: ‘mike’. The space is also sexist because it does not project equally masculine and feminine voices. When ‘others’ speak, I try to push the system to its limits, but mikes have character. Some days they work, some days they don’t. They freeze in front of stressful situations. In certain circumstances, they project a high-pitched noise that increases exponentially second after second. Once they get to the climax, they switch off.

During Q&A sessions, I pick up the roving mike and bring it to the audience. At an exhibition opening, a woman came to me to express her hatred towards those that pass the roving mikes. This was a moment of anxiety for her. She couldn’t explain more. I wish I told her her anxiety was caused by the autonomy of the mike and, at the same time, by her insecurity and lack of care towards those who/what she depended on in that situation.

Some speakers believe that events end up with broken plastic cups, crushed crisps on the floor and wine on the table. I pick up as much as I can if the event ends up in time, but sometimes I don’t. However, whether I do one thing or the other, everything is clean in the morning and ready for the new set of speakers.

The truth is that events continue well into the night when my colleagues that clean UCL get to work and until early in the morning while many security staff look after the space. Neither speakers nor I see them because my colleagues have already left at 8am.

Along with porters and caterers, outsourced workers at UCL are not paid accordingly for their anti-social schedule and have significant worse sick pay, holiday pay, parental leave and pension than their in-house colleagues. They are not here when the mikes are on. Many of them have no other choice, even if they get injured. My colleagues are destined to retire in poverty.

There is lots of noise at UCL. On 29 October 2019, outsourced workers along with IWGB made a fabulous noisy protest. They used a megaphone, not a mike. Megaphones are, as their name suggests, big. They sound dirty and metallic. They burst in the space and agitate the environment so that people respond either with elation or unease. The megaphone is the microphone of those that have no voice, of those that wear no suits, of those that are not welcomed with wine but who pick it up. People look at them with strangeness if they are being noisy, or if they are resting as the speakers or the audience do during events. If the megaphone does not work, my colleagues shout louder.

For two years, I have been passing the mike to visible people that speak about invisible people. It is an absolute delight but I would love that the invisible could have more chances to speak with the visible. Pouring wine, picking up cups, passing the roving mike and calibrating the volume can cure arrogance. If only I could prescribe these cures to managers to heal themselves and their environment.

On 19 November 2019, IWGB workers undertook a 24-hour strike following a ballot which achieved 98% support. Another strike took place on 4 December. UCL’s feeble response only included a firm commitment to increase annual leave and a vague promise to look at some of the other demands – no plan to bring my colleagues in-house, and no intention to dialogue with IWGB and their workers.

My colleagues and my union are effectively left without a mike. They do not vote in elections but they are exploited; they are invisible but the result of their labour is crystal clear. December 12 was a setback so we need your help to make the invisible visible. You can support their cause through their hardship fund (https://www.gofundme.com/f/ucl-outsourced-workers-strike-fund) and visit https://iwgb-universityoflondon.org/.

Albert Brenchat Aguilar is the Events Curator and Communications Officer at the Institute of Advanced Studies in London. He is also working on PhD at Birkbeck College called ‘Planning Ecologies of Knowledge’.

There is no just transition without social infrastructure