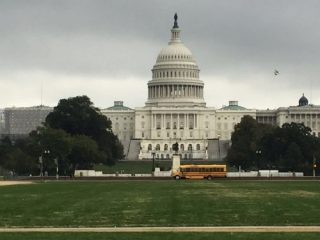 Vince Mills looks behind the headlines to see what is really going on.

Perhaps the saddest aspect of the ‘debate’ on anti-semitism in Labour has been how it has been degraded by those whose central concern is to ditch Corbyn. Of course, not everyone arguing for the unamended International Holocaust Remembrance Alliance (IHRA) definition and examples are on the Labour’s right but most are.

Instead of a robust definition of anti-semitism which deals with the actual level of offending within Labour, we are being pulled towards acceptance of the IHRA definition with all the examples despite the fact that even Kenneth Stern who is widely credited with drafting the IHRA definition and examples said to the US House of Representatives Committee on the Judiciary that: ‘The definition was not drafted, and was never intended, as a tool to target or chill speech on a college campus. In fact, at a conference in 2010 about the impact of the definition, I highlighted this misuse, and the damage it could do.’ Trying to use a system designed to collect data, which was his intention, as the basis of disciplinary action will make it more difficult to take effective steps against anti-semitic behaviour and language.

This is of little concern to Labour right-wing wreckers whose intention is to damage Corbyn and Labour on the basis of allegations of widespread antii-semitism. Evidence of widespread anti-semitism in Labour is difficult to find. As Scottish Left Review already reported (issue 106), the Campaign against Anti-Semitism commissioned a YouGov survey found Labour supporters less likely than Conservatives to agree with anti-semitic statements. Both groups showed a significant fall in anti-semitic attitudes from 2015 (which coincides with Corbyn’s leadership). This fall was greatest among Labour supporters.

This is supported by other studies. For example, Yasmin Alibhai-Brown wrote in the ‘i’ (24 April 2018): ‘A 2017 study looking at British attitudes towards Jews by the Institute for Jewish Policy Research found 30% of the general population hold at least one ‘anti-Semitic attitude’. Figures on the left are similar to or below the population mean, while those on the right are significantly more likely to hold at least one anti-Semitic attitude. Such facts do not stop the oft repeated accusations against the left.’

Support for the IHRA definition and examples can come from strange places. Anas Sarwar MSP has a solid reputation of supporting the Palestinians and, therefore, of criticism of Israel’s behaviour in Gaza. Yet he too has joined the right-wing bandwagon: ‘I think the Labour party, without delay, should adopt the IHRA definition of anti-semitism immediately and without delay and without caveats … It is for the Jewish community to lead and shape what the definition of anti-semitism is because they are the ones who experience it’ (Guardian 21 August 2018).

It appears Sarwar is misinterpreting the Macpherson report on Stephen Lawrence – the supposed source of the so-called ‘Macpherson principle’ that victims of racism alone can define that racism. Macpherson gave a specific instruction to the police that the victim’s perception of the motive for an attack is what the police must record as the motive for the attack as opposed to the police’s interpretation of it. That does not constitute a general principal that only victims can define racism as they experience it. Indeed, the Community Security Trust (CST), a charity whose mission is to protects British Jews from anti-semitism and related threats, wrote in its 2009 Anti-Semitic discourse report: ‘The Stephen Lawrence Inquiry definition of a racist incident has significantly influenced societal interpretations of what does and does not constitute racism, with the victim’s perception assuming paramount importance. CST, however, ultimately defines incidents against Jews as being anti-semitic only where it can be objectively shown to be the case [emphasis added]…’.

So how should Labour assess whether language or behaviour of party members is anti-semitic? The National Executive Committee (NEC) code adopted in July had already done it. What the NEC has already accepted is the following working definition as set out by IHRA: ‘Anti-semitism is a certain perception of Jews, which may be expressed as hatred toward Jews. Rhetorical and physical manifestations of anti-semitism are directed toward Jewish or non-Jewish individuals and/or their property, toward Jewish community institutions and religious facilities.’

Because this is vague both the IHRA and Labour’s NEC adopted examples. It is in the examples that variation between the NEC and IHRA definitions occurred. There are 11 examples in the IHRA framework, 5 of these are accepted more or less exactly by Labour’s NEC as they are set out by the IHRA; there were also enhancements in the NEC variation which are generally seen as clarifying the examples given by IHRA.

There are four IHRA examples that were not adopted and all of these are in relation to criticism of Israel and were excluded because of concerns about free speech. As the highly respected University of Oxford and Jewish academic, Brian Klug pointed out ‘The four IHRA examples that do not make it into the list in par. 9 of the NEC Code are not simply waved away.’ He argues that instead the NEC in many ways strengthened the applicability of the code making it easier to tackle anti-Semitism, while also pointing out that it is a working definition that can be improved on the basis of experience.

There was, therefore, no strong case to alter what had already been developed by the NEC. It is difficult, on this basis, not to see those who sought to impose the IHRA definition without the NEC amendments or caveats as being unconcerned about the need for free speech on Palestine or hell bent on undermining Corbyn on any pretext whatever, or both. If the NEC has now accepted the unamended version of IHRA definition even with caveats to allow criticism of Israel, subsequent NECs should not feel bound by that decision if it becomes clear that it is being used to mute or gag legitimate criticism of Israel’s apartheid policies.