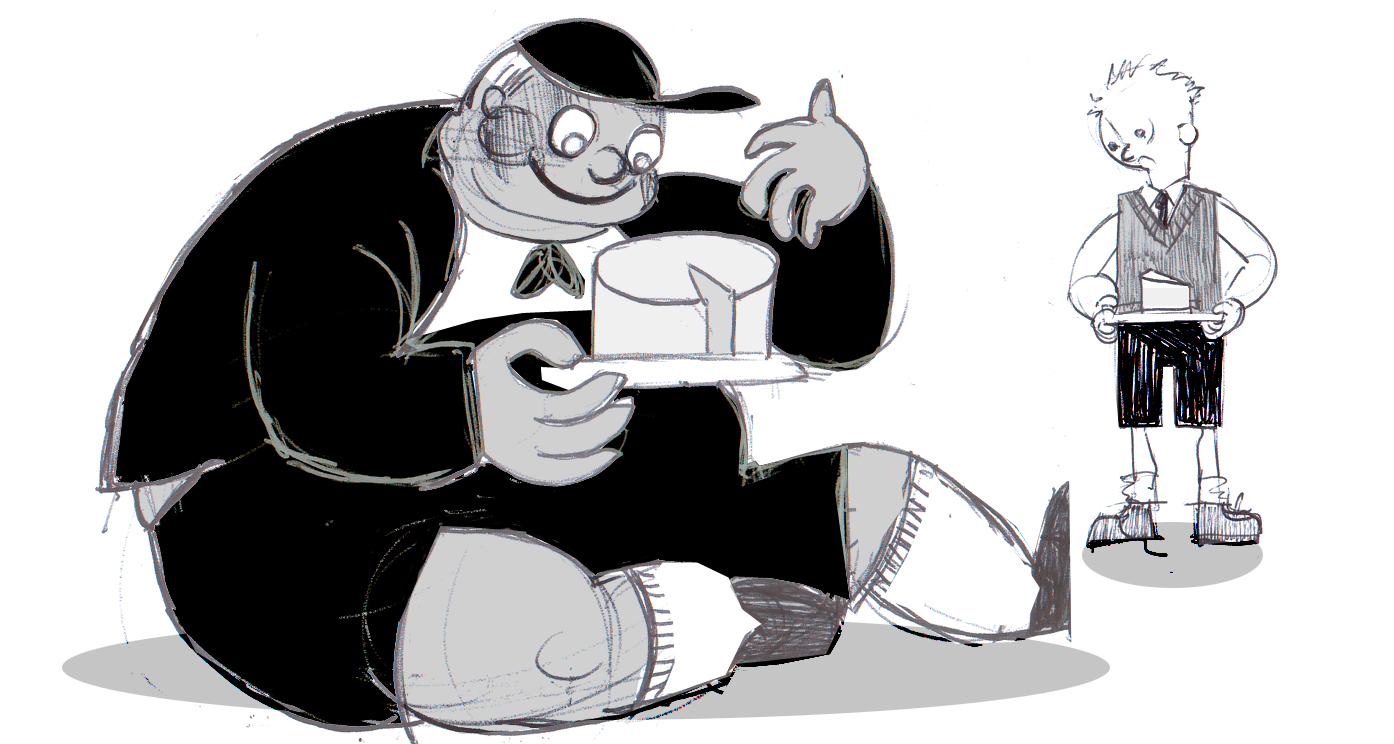 When England’s riots exploded, coalition ministers had plenty to say. David Cameron, for one, climbed the pulpit to announce that a section of society was ‘sick’. Nick Clegg denounced ‘sheer criminality’. Others found alternative verses on the hymn sheet: apathetic parents, modern education, mere greed, the absence – despite the best efforts of the Met – of ‘discipline’ and ‘respect’. It was a long list. Certain items were even plausible.

One arose from the realisation that the looters possessed a keen eye for a logo and a brand. They were not, by their lights, after just any old rubbish, far less life’s essentials. They were scorning – and torching – the rights of property in pursuit of designer labels and big-ticket electronic gear. Here was a shocking example, many said, of where ‘me too’ consumerism could lead. What the mobs couldn’t afford, they simply stole.

Had an outraged press and public paused to think for a second, they might have wondered about that. Disquisitions on materialism are always with us, but so are the poor, whatever you think poverty ‘means’ in modern Britain. The coalition’s rhetorical barrage had one overriding purpose: to avoid or suppress any suggestion that inequality played any part in the riots. 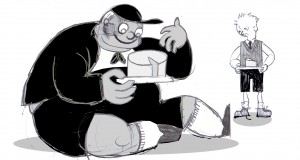 Better to throw a council tenant – guilty of no actual crime – out of her home, the better to improve her parenting skills. Better to sentence a young woman to five months inside for possession of a pair of shorts, deportation being, sadly, no longer available. The objective was at all costs to prevent anyone from asking how a couple – let’s call them the Camerons – came by an unearned fortune estimated at £30 million while teenagers were being raised to set their communities ablaze for the sake of TVs and training shoes.

I labour the point. I could labour it a bit more with the entirely obvious observation that cities in England fell to rioting only after the entire country had been looted by its financial sector, that no punishments then followed, and that a sudden lack of wherewithal was accepted as a perfectly decent excuse for the episode.

But the laboured point has a few nuances. The coalition’s eager budgetary response to the aftermath of the banking crisis will serve only to widen Britain’s already vast inequalities. Are riots now a price worth paying? ‘Deficit reduction’ will also stifle the consumerism that is deemed essential, when it isn’t merely wicked or sick, to Britain’s economy. Sometimes it’s our patriotic duty to lust after widescreen TVs.

Income inequalities in Britain have been widening since the 1970s. They narrowed briefly, ironically enough, when John Major was in power. Under Tony Blair, they resumed their Thatcherite pattern. While Gordon Brown tried to micromanage the problem with tax credits and such – there was some success, to be fair, with child poverty – Peter Mandelson was boasting of his “intensely relaxed” attitude towards the “filthy rich”. The peer-in-waiting seemed to think that was funny. The fact remained that new Labour in government, busily applauding a banking sector dedicated to a unique brand of redistribution, offered trickle-down and the mantra of wealth creation.

Scotland didn’t riot this summer. As one who doubts the collective wisdom of the mob, I’m glad about that. On the other hand, I couldn’t say exactly why our cities escaped the upheavals. The SNP government made soothing noises about social cohesion, but I’m not sure that an egalitarian tradition, real as it may be, guarantees much. If anything, Scotland’s tradition should have produced a blind rage of its own, given the coalition’s behaviour and our own unspeakable inequalities. But then, we generally keep our urban poor a long way from city centres. I grew up in a housing scheme: geography also makes a political point.

I also grew up in a scheme when other points were being made. Since the purpose of this piece is to offer a few policy ideas, it is worth remembering what those were. In this days, inequalities were narrowing as if, so it appeared, by magic. Full employment was almost a reality. Access to decent housing had become regarded, in Scotland at least, as a right. An underlying purpose of the NHS was to eradicate the most fundamental inequality of all, the one involving life and death. Education to all levels was taken to be a common good, and more than a privilege.

Dismantle all that, and what remains? Once dismantled, how could these things be restored? If research is the purpose, you could begin with a single case: to what extent has there been a connection between the growth in inequalities and the assault on council housing? Thatcher promised a ‘property-owning democracy’, you may recall. Self-evidently, if inequality is the measure, the promise was hollow. Millions were left behind in the property mania; more were damaged when their private bubbles burst. Is that one way of understanding economic inequality?

For the coming generation, it connects with jobs. For close to one million 18- to 24-year-olds in Britain, the largest group on the list of those officially unemployed, there is no work, no chance of a first step on a fast-disappearing ‘property ladder’, and a diminishing chance of a house of any sort. That group alone would account for a piece of research.

I couldn’t say exactly why our cities escaped the riots. If anything, Scotland’s tradition should have produced a blind rage of its own, given the coalition’s behaviour and our own unspeakable inequalities.

Do they ask this question: rather than fighting inequality, are we not presiding over its growth for another generation? What’s egalitarian about a Scotland that cannot provide a job or a house or an economic hope for a young adult? And what might be the consequences? Can we even guarantee, for much longer, that those who achieve higher education will be spared the vast debts – an engineered inequality – wished on England?

Scotland’s health inequalities are a matter of record. Less plain, though long suspected, are their connections with the disappearance of good housing, a belief in full employment, and a commitment to education for all. We assume that these things go together (as surely they must). But how, and in what manner? Health campaigns have failed. Talk of a ‘booze culture’ is glib, even if the SNP’s best efforts received disgraceful ‘opposition’ from Labour. The phenomenon of the dying Scot runs deeper than a smoking cessation campaign has ever reached.

We know, though, that the poorest smoke more, drink more, and grow fattest. But smart talk of ‘the soft bigotry of low expectations’ fails to explain why people, rational people, people who have heard all the advice, kill themselves, or at least gain an unequal share of life.

All my rhetorical questions make assumptions. They are, if you like, old-fashioned assumptions. But they rest on simple correlations. In terms of Westminster policy we have passed through 40 years in which radically-altered official attitudes towards housing, employment, education and the NHS have coincided with steadily increasing inequality. In that same period, the richest – who do not riot – have seized their chance, rendering themselves ungovernable and untouchable, maintaining all the while that their every deed was for the common good.

Few believe that now. To prosecute the case, nevertheless, we need to establish just how inequality functions. The moral argument is, or should be, easy enough to make. The point is to show the how and why of an ancient proposition: that what is bad for some is bad for all. Lethal for the national economy of Scotland, too. But that’s another story.