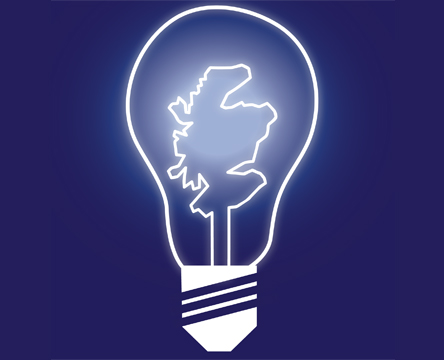 Seven years ago, the Scottish Left Review Press (SLRP) published the original Is There a Scottish Road to Socialism? Its purpose was to examine how a road – maybe the road – forward to socialism in Scotland might be mapped out. Would it be a Scottish, British, European or global road? Or, a mixture of some or all four? The feeling at the time on the pro-independence left was that while the issue was still of importance, it was no nearer in reach given the implosion of the Scottish Socialist Party (SSP) and a minority SNP government. But by 2011, the tectonic plates of Scottish politics had moved considerably. An unexpected SNP landslide in the May Scottish elections of that year began a process which we now know will lead to a referendum in late 2014 on ‘should we stay or should we go?’. 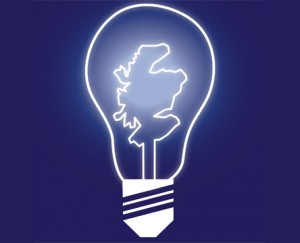 The tectonic plates of Scottish politics were also moved by developments elsewhere – most obviously, the return of the Tories to government in Westminster, the economic depression in the global north and the age of austerity. Such momentous events cannot but help shape how any road or roads to socialism come about even if the desired end point remains unchanged whatever one’s perspective. So in late 2012, the SLRP decided that it was more than high time to return to the question of ‘Is there a Scottish road to socialism?’ Again, we wanted to look at how a road can be mapped out and what obstacles are faced to doing so.

The original Is There a Scottish Road to Socialism? contained chapters from 14 contributors. We deliberately sought to widen the net and canvass more and wider opinion for this current version. We are grateful to those who again contributed a chapter as well as those that did so for the first time. As before, socialism was defined as the search for social justice, whether in its forms of social democracy or revolutionary socialism, or anything in between. Social justice is primarily concerned with fair and equitable economic and social outcomes for the vast majority of its citizens. Each contributor was given the freedom and leeway to respond in his or her own way to these same, standard aforementioned questions.

It is incumbent upon those in favour of a Yes vote to presage a radical reconfiguration of society in Scotland to also work out the probabilities of such a change being able to occur. It is also incumbent upon those that argue for a radical reconfiguration of the union to also work out the probabilities and to stop talking about just the possibilities.

It is obvious that all the contributors believe in a broad form of socialism that transcends existing and future national boundaries. If a schism exists at this meso-level, it is not one of simple ‘internationalism’ versus ‘nationalism’ then. Of course, what weight they give to the importance of various national cultures and the like before and after the achievement of socialism varies. There is no sense of either competitive nationalism or aggressive nationalism, and very little that there are entirely national solutions to national problems, i.e., ‘socialism in one country’.

The debate is about where and how to start – or continue – the battle for socialism in the context of the approaching referendum and the existing hegemony of neo-liberalism and austerity. Can developments in Scotland kick start a wider process or must they merely be part of a wider flowering? How does the internal relate to the external? In this sense, it would be more accurate to see the common and major thread running the contributions as one of the search for social justice and social liberation as of a fraternal trans-national nature, that is across and over nations (as opposed to inter-national meaning between nations). It is for this reason that most contributions quite rightly focus upon the economic and social rather than political and constitutional.

Yet the danger is this is that the 2014/2016 dichotomy is underplayed. The referendum is entirely – at the formal level – about a constitutional relationship. In no political sense will Scotland be different the day before and after a ‘Yes’ vote (if that is what happens). However, to gain a ‘Yes’ vote or to substantially alter the social terms of the existing union, political and other arguments will have to be used. For example, the SNP’s heavily neo-liberal-influenced vision of independence does not – indeed, cannot – address pressing social questions in a way that will compel a majority of citizens to support independence. So for those favouring a radical vision of independence, radicalism needs to have influence not just in regard of the reasons of voting for independence but on the voting to determine the composition of the fifth parliament that begins in 2016.

Equally for those favouring the continuation of the union (albeit under different terms) requires that not only is a ‘No’ vote is successful but that the 2015 Westminster election provides for a Labour government which is considerably more radical than Miliband will allow for, and that promises for devo-max – and the use of those new powers for progressive ends – are kept. Again, radical political and other arguments will need to hold sway for this particular outcome to be realised. It becomes clear that both tasks are quite Herculean and that not only do the contending arguments of the left need to hold sway but that this means having a level of influence that is a complete step-change from where we are at the moment, a moment of the left labouring under the yoke of continued neo-liberalism. Thus, both sides of the left here must urgently address not just issues about the internal cogency of their arguments but critically how they will also gain credibility amongst the mass of citizens for these arguments. If you like, the battle is win hegemony inside their respective camps and then with the public at large outside these camps.

In these processes, the radicals for independence must set out what they want independence from as well as what they want independence for. Ironically, the radical Yes vision is actually a no vision – no to NATO, no to Trident, no to austerity, no to imperialism and no to neo-liberalism. But even that does not go far enough because there must also be a wholly positive version of the vision of what an independent, radical Scotland will look like under independence. Here the pounds and pence of the economic and social questions must be set out. For the radicals for the union, the key task is to differentiate the type of union desired, otherwise – again ironically, they will be saying yes to NATO, yes to Trident, yes to austerity, yes to imperialism and yes to neo-liberalism.

There are important tactical matters to be considered along the way. The clamour of the ‘cultural nationalists’ just before the close of 2012 over the alleged domination of the English in the world of the administration of Scottish art and culture indicates that the debate has to be intelligent and cute enough to say that if there is an issue with English people managing Scottish arts, then it is an issue of what political values the managers from England hold and not that they are English per se. Otherwise, we will enter dark and dangerous territory.

More importantly, independence is not yet seen as the answer to solving poverty and inequality whereby it springs organically from the current struggles of working people and their families but it also has to be part of a transitional approach whereby struggling for one demand opens up and augments the desire for more fundamental change and the capacity to achieve it. A third matter concerns that of experience and memory. In living memory, Scotland has never been an independent nation, state or nation-state. To this extent, it is untried and untested. But that also may present opportunity to ask the ‘what if’ questions in an untainted way. By contrast, the British road to socialism has had a long period of existence as a living project. Its highpoint was the period of the 1945-51 Labour governments. Is that a strong enough memory to cling on to – as well as to constitute a springboard to another and better chance to go down the British road? Some may say it has had chance enough and new ways and means are now warranted.

If politics is the art of the possible, then it is incumbent upon those in favour of a Yes vote to presage a radical reconfiguration of society in Scotland to also work out the probabilities of such a change being able to occur. And, of course, to be open and honest when they do so. This is the key message from those who argue in this collection for a different type of union to that which currently exists. But the boot is on the other foot too because it is also incumbent upon those that argue for a radical configuration of the union to also work out the probabilities and to stop talking about just the possibilities. Citizens will be better off with hard-nosed and realistic assessments rather than flights of fancy. All this is because what is desirable is not necessarily possible or probable because gaps exist between means and ends.