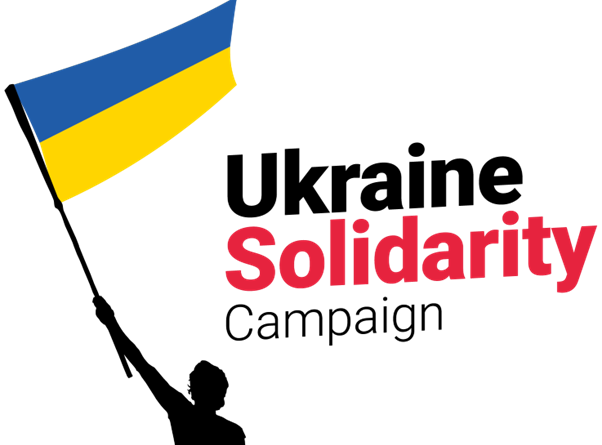 Gilbert Achcar dissects the differences as well as their origins and their outcomes.

The anti-war, anti-imperialist left worldwide has been deeply divided on the war in Ukraine along quite unusual lines, due to the novelty of the situation represented by Russia’s invasion of a weaker neighbouring country as part of Russia’s openly stated nationalistic expansionist ambitions, along with NATO’s active and substantial support for the invaded country’s resistance. The same left had already been facing division over Russia’s murderous intervention in Syria after Iran’s, but the conditions were very different.

Moscow intervened on behalf of the existing Syrian government, a fact that some took as a pretext to justify or excuse it. Support to Russia’s military intervention in Syria or, at best, refusal to condemn it were in most cases predicated on a geopolitical one-sided ‘anti-imperialism’ that considered the fate of the Syrian people as subordinate to the supreme goal of opposing US-led Western imperialism seen as supportive of the Syrian uprising.

The war in Ukraine presented what looked like a simpler and more straightforward case. Russia waged a war of invasion in Ukraine similar to those waged by US imperialism in various countries since World War II, from Korea to Vietnam to Iraq and Afghanistan. But since it wasn’t Washington but Moscow that was invading, and since those fighting against the invasion weren’t supported by Moscow and Beijing but by Washington and its NATO allies, most of the anti-war anti-imperialist left reacted very differently.

One section of that left, taking its neo-campist single-minded opposition to US imperialism and its allies to the extreme, supported Russia, labelling it as ‘anti-imperialist’ by turning the concept of imperialism from one based on the critique of capitalism into one based on a quasi-cultural hatred of the West. Another section acknowledged the imperialist nature of the present Russian state but deemed it to be a lesser imperialist power that ought not to be opposed according to the logic of the ‘lesser evil’.

Still another section of the anti-war anti-imperialist left, acknowledging likewise the imperialist nature of Russia’s invasion of Ukraine, condemned it, and demanded that it stop. However, it fell short of supporting Ukraine’s resistance to the invasion, except by piously wishing it success, while refusing to support its right to get the weapons it needs for its defence. Worse still, most of the same people oppose the delivery of such weapons by the NATO powers in a blatant subordination of the fate of the Ukrainians to the presumed ‘supreme’ consideration of anti-Western anti-imperialism. Or else they claim that such deliveries turn the war into an inter-imperialist war, which justifies opposing them.

There is no dispute that the Ukraine war has turned into a proxy confrontation between Russian imperialism and Western imperialist powers. Now, let us imagine that the United States invaded Venezuela, as it contemplated doing for a while under Donald Trump, and that Russia decided to supply the Venezuelan government of Nicolás Maduro with weapons to help it fight the invaders. This situation would clearly be one of a just war waged by Venezuela against a US imperialist invasion, against the background of an ongoing conflict between US imperialism and Russian imperialism. Venezuela’s just war would, therefore, be at the same time a ‘proxy war’ between two imperialist powers, in the same way that most conflicts during the Cold War—such as the Korean war or the Vietnam war—were wars of national liberation as well as ‘proxy wars’ between Washington and Moscow.

What would the right position be for internationalist anti-imperialists? Unless you are an absolute pacifist believing in ‘turning the other cheek,’ you would support arms deliveries to the Venezuelan resistance to enable it to defend its population and achieve a position from which it could avoid capitulation and lessen the price to pay in the negotiations. If anyone said, ‘We support the Venezuelan resistance, but oppose both Russian arms deliveries to the Maduro government and economic pressure on the United States,’ this attitude would rightly be regarded as not serious.

For such a position would be proclaiming support to the Venezuelans while depriving them of the means to resist and opposing that economic pressure be put on their aggressor. At best, this would be an utterly inconsistent position. At worst, a hypocritical position disguising an indifference to the fate of the Venezuelans—seen as sacrificial lambs on the altar of anti-imperialism (Russian imperialism in this case)—behind a pretence of wishing them success in their just resistance.

In the first case, working-class internationalism requires that workers, including workers in uniform (i.e., soldiers), oppose the war on both sides, each opposing their own government’s war, even if that would contribute to its defeat (this is the meaning of ‘revolutionary defeatism’). In the second case, revolutionary defeatism is required only from workers and soldiers who belong to the aggressor imperialist country, and in a much more active way than indirectly. They are required to sabotage their country’s war machine. Workers of the oppressed nation, on the other hand, have every right and duty to defend their country and families and must be supported by internationalists worldwide. It is through the angle of such practical consequences of political positions that the attitude towards the ongoing war must be defined.

The most hypocritical iteration of the refusal to support the Ukrainians’ right to defend themselves and get the means they need for that has consisted in feigning concern for them by representing them as being used by NATO as cannon fodder in a proxy inter-imperialist war. Hence, a phony show of pity for the Ukrainians depicted as being cynically sent weapons by NATO powers so that they carry on fighting until total exhaustion. This allows those expressing such views to oppose NATO governments’ delivery of defensive weapons to the Ukrainians in the guise of humanistic concerns about them.

This fake sympathy, however, totally obliterates the Ukrainians’ agency, to the point of contradicting the most obvious: not a single day has passed since the Russian invasion began without the Ukrainian president publicly blaming NATO powers for not sending enough weapons, both quantitatively and qualitatively. If NATO imperialist powers were cynically using the Ukrainians to drain their Russian imperialist rival, as that type of incoherent analysis would have it, they would certainly not need to be begged to send more weapons.

The truth is that key NATO powers – not least among them France and Germany, both of them major suppliers of weapons to Ukraine – are eager to see the war stop. Although the war has substantial benefits to their military industrial complexes, such specific sectors’ gains are far outweighed by the overall impact of looming energy shortages, rising inflation, massive refugee crisis, and disruption to the international capitalist system as a whole, at a time of global political uncertainty and rise of the far right.

Finally, there is a section of the global anti-war anti-imperialist left that rejects the provision of weapons to the Ukrainians in the name of peace, advocating negotiations as an alternative to war. One could believe that we were back to the time of the Vietnam war, when the anti-war movement was split between pro-Moscow Communist Parties who advocated peace and the radical left that openly wished for Vietnam’s victory against the US invasion. The situation today is quite different, however. At the time of Vietnam, both wings of the anti-war movement were in full solidarity with the Vietnamese. Both supported the Vietnamese’s right to acquire weapons for their defence. Their disagreement was tactical, about which slogan to put forward in order to most effectively build an anti-war movement that could help Vietnam in its national struggle.

Today, on the other hand, those who advocate ‘peace’ while opposing the Ukrainians’ right to acquire weapons for their defence are counterposing peace to fighting. In other words, they are wishing for the capitulation of Ukraine – for which ‘peace’ could have resulted if the Ukrainians had not been armed and hence not been able to defend their country? We could have been writing ‘Order prevails in Kyiv!’ today, but that would have been the New Order forced by Moscow on the Ukrainian nation under the most deceitful pretext of ‘denazification’.

Negotiations are going on between Kyiv and Moscow, under the aegis of NATO member, Turkey. So, it is certainly not like some side is refusing to negotiate. Now, it doesn’t take much expertise in war history to understand that negotiations depend on the balance of forces achieved on the ground. The ongoing negotiations won’t lead to a peace treaty except in one of two ways. One is that Ukraine will no longer be able to carry on fighting and will have to capitulate and accept Moscow’s diktat, even if this diktat has been considerably watered down from Putin’s initially stated goals due to the heroic resistance of the Ukrainian armed forces and population. The second possibility is that Russia will no longer be able to carry on fighting, either militarily because of the moral exhaustion of its troops, or economically because of widespread dissatisfaction among the Russian population – in the same way that, in the First World War, the difficulties encountered by Czarist Russia’s troops and the economic consequences of the war on the Russian population led the latter to rise up and bring Czarism down in 1917. A similar cause led to the failed 1905 Revolution in the wake of Russia’s defeat in its war against Japan.

True internationalists, anti-war advocates, and anti-imperialists can only be wholeheartedly in favour of the second scenario. They must, therefore, support the Ukrainians’ right to get the weapons they need for their defence. Supporting Ukraine’s position in negotiations about its own national territory requires a support to its resistance and its right to acquire the weapons that are necessary for its defence from whichever source possesses such weapons and is willing to provide them. Refusing Ukraine’s right to acquire such weapons is basically a call for it to capitulate. In the face of an overwhelmingly armed and most brutal invader, this is actually defeatism on the wrong side, virtually amounting to support for the invader.

Gilbert Achcar is Professor of Development Studies and International Relations at the School of Oriental and African (SOAS), University of London. He is author of ‘The Clash of Barbarisms: The Making of the New World Disorder’ (2002, 2006); ‘Perilous Power: The Middle East and U.S. Foreign Policy’, co-authored with Noam Chomsky (2007, 2008); ‘The People Want: A Radical Exploration of the Arab Uprising’ (2013); and ‘Morbid Symptoms: Relapse in the Arab Uprising’ (2016).

Editorial: UK to Ukraine and back again – conflict and class