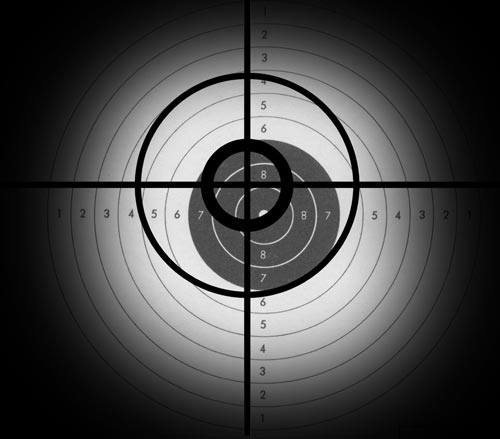 Mark Hirst examines the role of the US Government-funded National Endowment for Democracy which has taken over the CIA’s ‘propaganda’ dirty work and may be seeking to influence Scottish politics.

“A lot of what we do today was done covertly 25 years ago by the CIA.”

That was the view of Allen Weinstein one of the founders of the US Government-funded National Endowment for Democracy (NED), an organisation that appears to have slipped under the media’s radar, but whose influence is global and much more far reaching than most might think.

In early June of 1982, as British and Argentinean forces entered the final stages of the conflict in the Falkland Islands, the US President Ronald Reagan gave an historic speech in the Palace of Westminster that was to lead to the establishment of the NED.

The NED promotes ultra-right wing US policy objectives by identifying, funding and supporting ‘kindred spirits’. A number of large subgroups also benefit from multi-million dollar NED funding. These include the International Republican Institute and the United States Agency for International Development amongst others.
Like any new brand, when it was first established it had a snappy marketing title, but unlike most regulated products it does almost precisely the opposite of what it says on the tin.

At its core a new approach, a new philosophy that refocused what the US means by ‘democracy’. For those countries the NED were to target (which was basically the rest of the world) that meant that whoever you voted for, the policies would be broadly the same and your country’s economy would remain ‘in-step’ with that of the United States… or else.

Washington expanded – through the work of the NED and the sub-organisations it directly funds – the ‘special relationship’ alliances with those nations who demonstrated complete subservience to US foreign policy objectives.
Interference and manipulation in the affairs of foreign nations is nothing new for the US. Since 1945 successive Washington regimes have attempted to overthrow 50 foreign governments, most of them democracies. The Central Intelligence Agency was responsible for most of that effort, which included both conventional black ops (military training and equipment supply, and propaganda and ‘educational’ support) until a growing number of scandals in the US exposed the brutal and wide-scale criminal activity of that ‘secret’ agency. That in turn led to the establishment of the United States Senate Select Committee to Study Governmental Operations with Respect to Intelligence Activities, commonly known as the Church Committee named after its Chairman, Senator Frank Church. It was highly critical of the CIA’s operations and expressed concern about the lack of democratic accountable and oversight.

The establishment of the NED allowed Washington to place at arms length its covert funding and propaganda efforts abroad, effectively privatising a major element of US foreign policy activity.  The vast majority of its funding still came directly from Congress, money that had previously gone directly to the CIA. The establishment of the NED though effectively ignored the Church Committee’s recommendations by deeming the NED a ‘non-Governmental organisation’, and thus out of sight and crucially out of reach of the democratic oversight the senate committee had pressed for.

One example where the NED has been particularly active was in the promotion and establishment of anti-left-leaning trade union movements. These ‘employer friendly’ trade unions purported to ‘build union-management co-operation’. At first glance such an aspiration appears innocuous until you realise the undermining effect millions of US tax dollars had on legitimate pro-worker trade union groups who are often the target of these ‘employer friendly’ movements.

One of the most defining cases came with the promotion of Lech Walensa’s Solidarity movement in Poland which triggered the collapse of Eastern European communism and ultimately the Soviet Union itself. Speaking in May 2009 Carl Gershman, President of the NED said of the rise of Solidarity:

“It was the most consequential aspect of the third wave of democratisation, the global expansion of democracy that transformed not just the communist world but Latin America, Asia, and Africa as well.”
Gershman went on to describe how the model used in Poland was rolled out and overseen by the NED in a process he called “incremental democratic enlargement”. He added:

“In the NED we call this cross-border work, and it had its origins, at least in our own thinking and programs, in a conference that was sponsored by the Polish-Czech-Slovak Solidarity Foundation in Wroclaw in early November of 1989.”

In 1999 Walensa received the NED’s “Democracy Service Medal” in recognition of his role in the fall of communism, and consequentially the promotion of US foreign policy objectives and the opening up of Eastern Europe to US business interests.

It was not just Eastern European countries who ‘benefitted’ from the NED’s support and direction. At the same time the organisation was very active in Portugal and Spain. In France it helped establish a ‘trade union-like’ organisation of professors and students whose aim was to counter the perceived ultra left-wing professors groups that were taking root around this period.

The NED funded and published a number of books, pamphlets and posters which it distributed extensively amongst the student population. These promoted the NED’s core ideology and philosophy; that all working people are best served by a system of free enterprise, class co-operation and minimal Government interference. It’s the language most associated with the US neo-conservative far right today.

One of the major recipients of NED funding was the right-leaning American Federation of Labor and Congress of Industrial Organisations (AFL CIO). In 1986 the Executive body of the AFL CIO approved a grant of $1.5m to ‘defend democracy in France’.

Even by NED standards this was a huge embarrassment for US diplomats. Washington quickly moved to distance themselves from the move for fear of a French diplomatic backlash.
Barbara Conry, a foreign policy analyst with the US-based libertarian think tank the Cato Institute wrote:

“The grant was astonishing for several reasons. First of all, French democracy in the 1980s did not appear to be so fragile that it required financial assistance from American taxpayers to sustain itself. The government of Franáois Mitterrand was duly elected within a democratic system nearly as old as America’s. The AFL-CIO, however, determined that France’s socialist government was permitting a dangerous rise of communist influence.”

According to the late Irving Brown, Paris-based director of international relations for the AFL-CIO at the time of the incident: “France… is threatened by the Communist apparatus… It is a clear and present danger if the present is thought of as 10 years from now.”

Closer to home the NED played a pivotal role in creating the Westminster Foundation for Democracy (WFD) which was modelled directly on its American counterpart and influenced by them to this day. In 1992 The WFD was formally established by the Conservative Government and remains funded by the Foreign and Commonwealth Department and the Department for International Development.

Like the NED the WFD promotes an aggressive imperialist agenda which seeks to promote free-market, unregulated capitalist ‘democracy’ throughout Eastern Europe and sub Saharan Africa that is entirely subservient to ‘Western’ (i.e. US) economic, military and geo-political interests. Some commentators have described with unchallengeable justification that these two related organisations are at the vanguard of modern ‘democratic imperialism’. They aim to convert ‘emerging democracies’ and ‘rogue regimes’ into lucrative, compliant outposts geared towards boosting Western commercial interests.

Gallagher tried to scare potential US financial and political backers away from the new Scottish Government by focusing on the SNP’s links to Muslim communities in Glasgow. Just a month before the article appeared Gallagher had secured a fellowship with the NED in Washington.

But the WFD, like its NED mentor has not just confined itself to wooing the political class in pursuit of its wider free-market philosophy.

Supposedly independent academics have also proved useful, especially in pressing home the propaganda war against those who are deemed hostile to US foreign policy objectives.

One prominent voice, much utilised by the more right wing tabloid press, has been Tom Gallagher of Bradford University’s ‘Department of Peace Studies’. Gallagher was one of the first recipients of WFD funding in 1992 which he used to establish a pro-Western news agency in Romania.

His early work in the 1990s was initially well received but in recent years Gallagher’s increasingly shrill contributions about the Scottish political landscape have, rather ironically, made him the subject of much ridicule among more respected political ‘talking heads’.

In fact Gallagher was virtually unknown as a political commentator until the SNP took power in 2007. From that point on however he suddenly began appearing regularly in the media, making a series of wild and wholly misleading statements about the SNP. In one Washington Times article published to coincide with the SNP’s first visit to the US Tartan Day celebrations Gallagher tried to scare potential US financial and political backers away from the new Scottish Government by focusing on the SNP’s links to Muslim communities in Glasgow. Just a month before the article appeared Gallagher had secured a fellowship with the NED in Washington.

Later he implied in another article that the new SNP Government may try and forge an alliance with Iran to collectively fight ‘British imperialism’. This led to the First Minister labelling Gallagher “the Nutty Professor”.

Other commentators, like the respected Gerry Hassan, noted that Gallagher’s critiques of the SNP, which culminated in a bizarre, and poorly researched book by the Bradford University academic entitled The Illusion of Freedom, were “offensive and inaccurate”. The book was published, perhaps coincidentally, the same month as Abdelbaset al Megrahi was being returned to Libya by the Scottish Justice Secretary and at the height of US hysteria against the SNP Government.

Gallagher’s rhetoric must have pleased his new NED paymasters and certain elements of the right wing press in Scotland, but his modus operandi were drawn straight from the NED’s manual on how to subvert democratic, left leaning foreign Governments.

Gallagher’s role sought both to groom US opinion in Washington, but also aimed to influence the political debate in Scotland.

A suspicion remains about what other activities the NED has been involved with throughout the UK and Europe and there is surely a need to closely monitor their activities if we are to maintain any credibility at all in our limited and clearly vulnerable democratic system.

The NED is not about to go away any time soon and its focus and reach are set to manipulate international and domestic affairs for the foreseeable future.