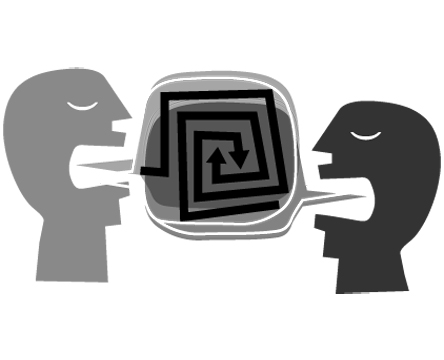 What do the movement of heavy commercial vehicles in Kent, court fees for proving the validity of a will, and the definition of ‘commercial pornography’ have in common? They are the subject of draft statutory instruments sitting before Parliament which are contingent upon affirmative procedure. This means that both Houses of Parliament must approve the proposed regulations before they become law. And so, these matters will be subject to more parliamentary scrutiny than the Ministry of Defence’s (MoD) ‘gift’ of almost £3m in military equipment to the Libyan government in 2017.

The equipment comprised Counter-Improvised Explosive Device (C-IED) equipment for using to defuse unexploded ordinance and IEDs left in Sirte after it had been liberated from the Islamic State of Iraq and the Levant. As this was a gift with a value of over £300,000 which had not previously been budgeted for, Parliament was notified via a written ministerial statement, in line with Treasury policy. There was no legal requirement to notify parliament, but this was expected in order to get Treasury approval.

The procedure then allowed any MP 14 sitting days to raise an objection. If an objection was raised, then the gift would not be sent until the objection had been answered. There was no requirement for the Ministry to formally reconsider their decision. There is no further procedure that would have been triggered by an objection. No MP objected which is unsurprising, as bomb-clearing equipment is much less controversial than tanks and missiles. However, the total information available to Parliament consisted of just four short paragraphs.

There was no further description of the equipment being provided. C-IED equipment can range from bomb-defusing robots and electronic jamming systems to body armour and mine resistant vehicles. Much of it has other military usage beyond the disposal of ordinance.

There was also no explanation about how this equipment was sourced by the Government. Providing military surplus to a nation in need may be justifiable. Buying millions of pounds of equipment from a private company and then transferring it to another country is a different matter for this could be a ‘windfall’ to the manufacturing company. This scepticism may be warranted, considering ministers had been wined and dined by arms trade lobbyists the same day MPs called for a halt of sales to Saudi Arabia, and then later admitted to selling that country cluster bombs banned under international law.

Three years later and the Libyan civil war continues. Amnesty International has reported both sides have committed war crimes, particularly the indiscriminate use of explosive weapons in civilian areas.

Following the Arms-to-Iraq affair and the Scott inquiry in 1996, new legislation reformed the approach to exports. Until the Export Control Act 2002, the law had been the Import, Export and Customs Powers (Defence) Act 1939, which essentially allowed the Government to act however it pleased. Since the 2002 Act, the Government now must issue ‘control orders’ in respect of certain kinds of export. The Export Control Order 2008 governs arms exports. It does not appear to have ever been discussed by Parliament at the time it was implemented.

Export licenses for military equipment are issued to companies by the Department for International Trade (DfIT), with MoD and Foreign Office guidance. The Department for International Development (DfID) and the Department for Business, Innovation and Skills used to also have roles but these were removed in 2016. If there is internal disagreement as to whether to grant an export license, the matter is escalated to the Cabinet Office, and then to the Ministers. There is no requirement to notify Parliament that a contentious export license is currently being considered. There is no procedure for Parliament to debate the granting of licenses.

The Government does publish quarterly and annual reports on granted export licenses. However, there is little effort made to make them easily understandable, they only provide detailed information on one of the six kinds of license, and they only provide information on broad categories of equipment rather than specific details. Example categories are ‘biotechnology equipment’ and ‘equipment for the production of explosives’. There is little reason to think that these reports are perused by elected officials, except perhaps the members of the relevant oversight committees.

The select committees overseeing the Foreign Office, MoD, DFIT and DfID all meet together and work as a group called the Committees on Arms Export Controls. Its last report was published in July 2018, covering arms exports from 2014 to 2016. It begins by bemoaning that the Foreign Secretary and the Secretary of State for International Trade did not appear in front of the Committees to give evidence; the Government encourages companies to apply for open licenses to reduce the licensing workload; the Government does not carry out any compliance auditing in respect of UK companies’ overseas operations; and the information provided by the Government is ‘in formats that are very difficult to navigate, interrogate and interpret’.

The Government’s response to this report gave little indication that they would implement any of the recommendations made by the Committees. Indeed, it explicitly pushed back on suggestions that Britain honour its Arms Trade Treaty obligations to report on arms imports, providing the excuse that Britain does not have a mechanism in place to do so. Clearly, the Committees meant for the Government to create such a mechanism.

Since records began in 2008, Britain has approved international arms exports worth almost £47bn, not counting goods exported under open licenses, for which there are no records. Counting to June 2020, this is an average of around £3.7bn pa. The peak came in 2015 with £6.9bn, the result of the beginning of the Yemeni civil war in March 2015.

Since that war began, Britain has approved over £6.4bn in exports to Saudi Arabia and the United Arab Emirates alone. Widespread bombing of civilian areas by all parties had killed an estimated 17,729 civilians by March 2019. In June 2019, the Court of Appeal in England ruled that British arms sales to Saudi Arabia were unlawful, on the basis that the Government had failed to consider the relevancy of Saudi Arabia’s historic pattern of breaches of international humanitarian law.

The Government suspended these arms sales following the ruling, while appealing to the Supreme Court. The appeal is expected to be heard this year, although the Supreme Court has not yet decided on whether to hear it. In September 2019, the Secretary of State for International Development admitted the Government had unlawfully granted three more export licenses and there may have been more cases which the Government had not yet taken notice of. This Secretary of State is still in post. Despite the suspension of sales to Saudi Arabia, Britain has still exported £5.1bn of arms worldwide in 2019.

The point here has been to showcase the structural flaws and institutional deficiencies in the UK arms control regime.

Despite the efforts of the Committees on Arms Export Controls, oversight is virtually non-existent. Secretaries of State do not fulfil their obligations to account to the Committees. No contemporary oversight exists. Instead, the Committees resort to reporting on broad trends of arms sales some two to four years previously. They have to discern these trends from convoluted and jargon-heavy spreadsheets. In very rare circumstances, Parliament may be notified, but MPs are unlikely to object or even request more details.

The Government admits to continuing to grant export licenses in defiance of a court judgment and deflects from reports which highlight Britain is in breach of its international obligations. The Government encourages companies to apply for open licenses, as this cuts down on their workload, despite the fact that this greatly reduces control and oversight.

The Campaign Against Arms Trade has the stated goal of abolishing the international arms trade. The Control Arms Campaign has the more modest goal of setting up the international Arms Trade Treaty and now campaigns for states to abide by its terms. Unfortunately, no major reforms are remotely in-sight in Britain and a change in culture is required.

Most victories for the anti-arms trade movement in recent times have been superficial. The Blair Government banned the trading of land mines and torture equipment, which may have been significant if not for the fact that no companies in Britain produced them in the first place. The Brown Government expanded the list from countries banned from holding export credits from 41 to 63, by adding 22 countries that imported barely any weapons. The Coalition Government signed and ratified the international Arms Trade Treaty, but Britain has still not fully implemented its obligations under the treaty.

The Government is aware that arms dealing is unpopular and often morally unjustifiable. It is arguable that this is why the system has been set up to restrict scrutiny, to avoid public discussions and tense votes over an act that many MPs may disagree with but view as a necessary evil. A comparison is Dominic Raab’s comments following the murder of Jamal Khashoggi; that it was ‘terrible’ but that the Government would not be terminating the relationship with Saudi Arabia because of the huge number of British jobs that depended on the relationship, i.e. that depend on the arms trade. A more realistic take is that it is the profits of the arms trade and not the workers which are the key consideration here. It is also likely a government which has frequently pandered to nationalist rhetoric and dreams of a resurgent Britain is not willing to relinquish its global military pretensions.

Raab’s comments imply that we should stomach any misbehaviour or atrocities committed by our trading partners, as taking action would affect British workers and our country’s bottom line. If the Government wishes to make this argument, then it should be made before Parliament in debates over the granting of licenses. The Government has always jealously guarded the elements of its ‘prerogative’ to manage foreign affairs. When the civil war in Yemen broke out, there was no discussion in Parliament, but the Government clearly pursued a policy of permitting and increasing arms sales to Saudi Arabia. It is time for unitary control over arms exports to be reined in.

At the bare minimum, the Government should set up an oversight body, similar to the Inspector Generals of the United States. This would allow dedicated staff, with expertise, to monitor arms trading on a real-time basis and report back to Parliament. The opposition and backbench MPs should then seriously challenge the Government on the decisions it has made. The Government should also set up a system where licenses of exports to a small list of allied countries can be approved by the Government departments internally, but licenses to other countries must be debated in Parliament, perhaps as a statutory instrument subject to affirmative procedure. If the movement of heavy commercial vehicles in Kent is important enough for Parliament to consider then so are arms exports.

Jonathan Deans is a trainee solicitor, community councillor, and a member of the Scottish Labour Party. He lives in Glasgow. He has studied public law and the laws of international commerce at undergraduate and postgraduate levels and has previously had articles published on abortion rights, hospital smoking bans, and the use of children as covert intelligence sources.

Breaching the ministerial codes: Not just a Scottish special concern