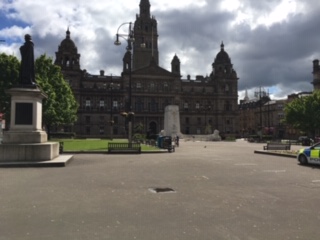 As Sturgeon accepted there’ll be no 2020 indyref2, Joe Middleton assesses the complicated terrain

Brexit has happened and Britain has left the European Union dragging Scotland along with it, despite our overwhelming vote to remain. We still do not know what this will actually mean economically but it does mean that circumstances have changed for Scotland with regard to the British union.

In 2014, as well as in the unmet promises of the infamous ‘Vow’, it was explicitly claimed than only a ‘no’ vote would protect Scotland’s place in the European Union. The SNP stood on an election promise at the last Scottish Parliament elections that if this specific change in circumstances should happen then the public should have another vote on independence. The democratic deficit also continues where Scotland gets Tory governments which we didn’t vote for and which we have, in fact, rejected electorally for well over 60 years.

The First Minister, Nicola Sturgeon, presented an update on ‘indyref2’ on 31 January 2020 where she said she still hoped for an independence referendum this year. She also said she would invite all Scotland’s MPs, MSPs and MEPs to ‘come together to endorse a modern Claim of Right for Scotland through a new Constitutional Convention’. She also said ‘a ‘New Scotland’ series of papers will seek to provide the information and answers people want’ on independence.

Reactions to this were mixed on social media. Some said that we should continue to trust the First Minister but others were disappointed that she had not set the date for a referendum whether the Westminster Government was in agreement or not. As Nicola Sturgeon outlined in her statement, the SNP’s preferred route is another fully legal referendum as was agreed with the British Government in the Edinburgh Agreement which led to the 2014 referendum. The problem with this, however, is what happens when Boris Johnson says no to this proposal? And, he did.

Some want the Scottish Government to hold a consultative referendum without seeking permission from the British Government. This is an option which may or may not be within the existing powers of the Scottish Parliament. The First Minister did not rule this out completely but said it would be open to legal challenge. It could also be affected if the unionists organised a boycott. While this might lead to a stronger pro-independence vote, it might also leave it without legitimacy on a low turnout and the British Government would almost certainly refuse to accept the result.

Others would prefer the Scottish Government to just announce a unilateral declaration of independence (UDI) right now but without a pro-independence result in a referendum to pre-empt such a course then such an action would be open to international ridicule. Yet others would like us to go back to the proposal that a majority of MPs or MSPs is enough for independence negotiations to begin.

Unfortunately, that ship has sailed some time ago. Under first-past-the-post (FPTP), a majority of seats can be won without a majority of the vote so election results do not provide a definitive outcome.  The FPTP system of Westminster elections in 2019 gave the SNP 80% of the seats, a thumping majority and a very clear win but unfortunately this does not show majority support for leaving Britain. The SNP got 45% of the vote while the unionists combined got 53.2% support, not that far off the 55% result of the 2014 indyref.

The fact is that the people of Scotland requires to show majority support for independence and this can only be done with a democratic referendum. Once the SNP decided that a referendum was the appropriate avenue for achieving independence, we cannot say in retrospect that this was the wrong thing to do just because the vote did not go our way in 2014. A referendum with a successful outcome is the only way our cause will achieve international legitimacy.

If we held a referendum (either one with agreement with the British Government or that had been decided in the courts was legal) and then the British Government refused to accept that result then a unilateral declaration of independence (UDI) might come into play but it is recognised by most people as an option of last resort.

Present opinion polls show just over 50% support for independence. While this is encouraging, it is still within the margin of error for opinion polling of +/-3% so therefore it is difficult to prove that a definite majority support independence yet.

Independence supporters believe that in a campaign those numbers would solidify and given that the 2014 indyref started on a lower percentage before reaching 45%, they think that in a second independence referendum ‘yes’ would likely win. Given the current numbers, this seems possible which may well be why Westminster is currently saying it won’t support another indyref, because they think it will be lost.

Ultimately, however, the Westminster government only survives because it can point to the fact that a lot of people still support the union. The unionist parties have a right (much as we may despise it) to support foreign governance of Scotland and campaign against independence but there is a difference between saying ‘no’ to independence and saying ‘no’ to having a choice on independence.

There is already enormous grassroots support for independence – as seen by the huge AUOB (All Under One Banner) marches and which has no equivalent amongst the unionists other than a handful of idiots (the so called ‘Force for Good’ who protest at every march and are led by a holocaust denier) or an occasional bigoted Orange march.

There has also been an interesting ‘max the Yes’ strategy outlined for the next Scottish elections. It seeks to gain an even larger pro-independence majority in 2021. The theory behind this is that the large numbers of SNP votes on the list do not equate to many list MSPs. Some have advocated that people should use their vote for another pro-independence party to get more seats in the Scottish parliament. This could potentially work if enough SNP voters adopted it (for a credible party such as the Greens) but it is unlikely to be supported by the SNP who rightly see the list vote as an insurance policy against any potential reverse at the polls. The lurid trial of Alex Salmond probably seemed like a gift from God for British unionists but they will have been disappointed when he has now emerged victorious and cleared of all allegations.

As I write this, I have begun working from home. The coronavirus pandemic has moved fast over the last few weeks from major sporting events being cancelled to shops and pubs being closed to the current lockdown with the public restricted to their homes and virtually under house arrest. We obviously don’t know how this will play out politically with the public. Nicola Sturgeon has remained in step with the British Government on the various public health escalations, probably sensibly as we do share an island.

The unionists still claim that the 2014 indyref was a ‘once in a generation event’ and the result must be respected and that, therefore, there is no requirement for indyref2 and even that Nicola Sturgeon will be long dead before another independence referendum will be held. This position may make sense in their own minds but it certainly does not appeal to the people of Scotland which is why the SNP continues to advance while the unionists continue to decline.

The First Minister is well aware of this and is calculating that public support will continue to build behind the SNP’s position with the party winning ever more emphatic election victories. The unionists are likely to be all but wiped out again in the 2021 Scottish Parliament elections at which point Westminster will no doubt again say ‘no’. However, all the time the support for ‘yes’ will be building up and we will start to see support for a second indyref and also support for actual independence growing ever higher.

The claim of right circa 1989 following on from the Declaration of Arbroath in 1320 has emphasised that the system of government in Scotland should be decided by the people of Scotland and them alone. All the parties in Scotland (except the Conservatives) accepted this point in 1989 pre-devolution and it still holds today.

The first cracks in the unionist wall are now appearing with some Labour MSPs saying that another independence referendum should be held. There is also a pro-independence group within the party called ‘Labour for independence’. By moving itself onto this platform, i.e., that the people have the right to choose (whether or not you support independence), the SNP is potentially able to gather a larger group of the electorate behind it than just the definite pro-independence supporters.

The Conservative Government with its obvious contempt for Scotland and Scottish MPs – the latest example was over the Scottish Government’s asylum proposals which were swiftly binned – is making the case for independence more obvious every day. The SNP is on the right side of the argument. That the people of Scotland should decide their own future is, ultimately, a much stronger and more popular message than ‘Westminster says ‘no’ to any democracy for Scots’.

When it becomes obvious to everyone that the union is no longer at all popular (and we are not quite there yet unfortunately) then another referendum will need to be held. The longer Westminster waits, the more likely it is to lose it when it happens. It knows this as well so the only question is: who will blink first? The First Minister can afford to wait as long as the SNP is rising in the polls and the case is being made for a better future under independence. The ‘New Scotland’ series of papers announced by the First Minister will help make that case.

We know that Britain is exploiting and draining Scotland’s wealth so we can’t wait forever but we must also be aware that political events are moving in the right direction. Brexit is already and will continue to be unpopular, and a ‘no deal’ Brexit will be even worse.

Scotland can escape the drowning and dying British project and in Nicola Sturgeon we have a globally respected leader who can point us towards our freedom. I understand that many of my fellow Scottish nationalists – and by that, I mean those who support normal nation status for Scotland – are impatient for action but the SNP and the wider independence movement have never been in a stronger position and our freedom is going to come very soon.