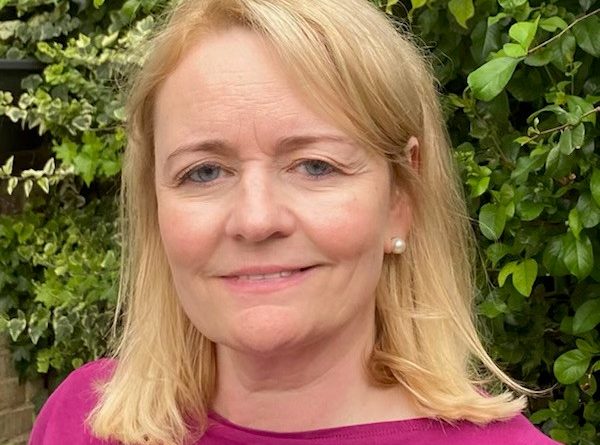 I am delighted Sharon Graham won the election to be General Secretary of UNITE. She stood on setting out her vision for UNITE as a union refocusing efforts and resources on ‘doing what it says on the tin’ and fight hard for jobs, pay and conditions. Sharon attracted supporting nominations from 28 branches in Scotland from a range of sectors, including the biggest branches such as NHS Greater Glasgow & Clyde, Edinburgh and Borders District Council and the Glasgow Electrical Plumbing and Mechanical Branch. She inspired a team of activists to campaign for votes throughout the election process.

With Covid-19 meaning many members were still working from home, online social media campaigning was key. However, where members were at work, then Sharon’s campaign team were out in force. Traditional campaigning included leafleting at shift changeover times with material tailored to members. There were 5am starts at bus depots with leaflets focussed on drivers and engineers and the team moving to hospital entrances at 8am with leaflets adapted with key messages for lab workers, support staff, psychologists, nurses and speech therapists. Sharon worked as national executive officer for leverage and organising before becoming General Secretary so it was in keeping to see her campaign utilise organising tactics and generating nominations and targeting votes amongst members within these big branches.

Her manifesto was set out in six sections with commitments to reinvigorate lay member democracy, establishing combines bringing together stewards from each of the top ten companies and employers within each sector and reviewing all resource allocation to ensure maximum chance of winning industrial disputes. The manifesto also focussed upon bringing the equalities agenda to the bargaining table and ensuring community and retired member sections get access to funds to better support industrial and community wins.

One section of Sharon’s manifesto is of particular interest to Scotland where she sets out her plans to further recognise the devolved powers of the nations where UNITE has membership such as Gibraltar, Ireland, Wales and, of course, Scotland. She made it clear that any decisions affecting Scottish members must be made by Scottish members. This includes UNITE policy position on any Westminster request for a second independence referendum – and any UNITE recommendation in any such election. Like the population at large across Scotland, UNITE members are split on their views for or against independence but on the issue of whether Westminster should agree to a second referendum if requested by the Scottish government the UNITE Scottish Executive Council is already clear: Westminster should agree.

Sharon’s victory was described by some mainstream media as a surprise. Certainly, she came under immense pressure to stand down in favour of Steve Turner, touted as McCluskey’s successor for many years and who secured the nomination as the United Left (UL) candidate. Turner did not attract much support in Scotland with the breakaway officer-led so-called progressive group throwing its weight behind losing UL nominee, Howard Beckett.

When Beckett withdrew, he circulated a video message urging his supporters – the majority of his nominations being Scottish – to vote for Turner. With well over 500 branch nominations and declarations of support from national officers, all regional secretaries including in Scotland, many assumed Turner was the heir apparent. But comparisons to my own election campaign for UNITE Executive Council demonstrated that machine politics in the union are no match for campaigning on a clear message of lay member democracy and supporting workplace struggles. I won the popular vote, beating the sitting candidate by a significant margin. So, Sharon’s victory sends a similar message. Machine politics and relying on officer-led organisations has had its day.

Sharon has wasted no time in putting into practice her programme. Her first act in her first days of being elected included requesting a list of all active disputes in UNITE and arranging a zoom call with all stewards and responsible regional officers. She gave media interviews in her first few weeks into her new role stressing her priority was meeting all members engaged in struggle rather than attending Labour’s conference. She then attended picket lines across UK giving her personal support and allocating communication, research, economic analysts and other resources needed to help win these disputes. In week one, she moved the General Secretary office to be more accessible than top floor of Holborn House, set up a members’ hotline to the general secretary’s office and set out her plans to publish her expenses and appoint a finance director as soon as possible – all examples of the openness and transparency that marked her campaign.

She has also been busy securing key supporters into pivotal roles to ensure she delivers. This bodes well for long overdue changes in Scotland where the organising and leverage approach has been derogatively described as a ‘union within the union’. Officers and leading lay members in Scotland who campaigned for the status quo and contributed to the scaremongering of what a Sharon Graham victory would ensue are likely to be considering their positions. My advice would be to get with the programme or make way and enable a new vibrant lay membership left grouping to emerge, free from officer interference.

Sharon has set out her manifesto to the UNITE national executive and to approximately 1,000 UNITE policy conference delegates, responding to questions and helping members understand the programme for change she was elected on – and intends to deliver. For Scotland, I believe there many are reasons to be cheerful.

Helen McFarlane is a UNITE Executive Council member for Scotland and writes here in a personal capacity.