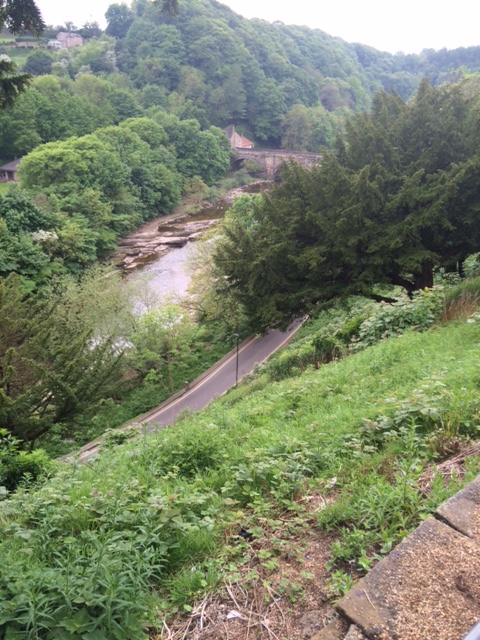 It was the great Aneurin Bevan who defined the role of a Labour Parliamentary representative not to plead mercy for the poor but to get political power for the masses.

And so as a newly elected Labour representative, I make no bones about it – my first priority is not to work for power to be shifted from one Parliament and one set of politicians to another, whether that be in Brussels, London or Edinburgh. My first priority is to work for power to be shifted back to the people. This is most important of all in our economy where we need a fundamental movement in power from those who own the wealth to those who through their hard work and endeavour create it.

Just days after my election, I came across a graphic local illustration of why this must be a central demand. Twelve months ago the Tannoy factory at Shawhead was sold to a millionaire based in the Philippines. The new owner now wants to close the factory down and move the work to China, throw the people working there on the dole, and remove another important pillar of Scotland’s manufacturing base.

That Mr Behringer has only owned the factory for a matter of weeks counts for nothing. He has the power to take away the livelihoods of people who have worked there for decades. This is wrong – morally wrong.

So as a local MSP I met with the GMB shop stewards who with the workforce are gallantly fighting to save the factory. I have subsequently taken their campaign to the floor of the Scottish Parliament and to the doorstep of the Scottish Government.

As a result of this pressure, the government instead of simply despatching a team of dedicated people to help the workers prepare their CVs and look for alternative work, despatched a team to Manila to present a robust case for keeping these jobs and this factory in Scotland.

Only time will tell if the campaign succeeds but it is a good example of a different future worth fighting for because there is an alternative to market forces and a role for Government in providing it. In its wake and that of the crisis in the steel industry, there has also been a reawakening of the sleeping giant of industrial policy, and a challenge to the indifference and complacency which in my view has come to beset the Scottish Parliament in the face of chronic mass unemployment.

There is another example from Central Scotland which raises profound questions about where power lies in our society. Before North Lanarkshire Council is a Proposal of Application Notice by developers Orchard Brae Ltd to build 3,000 houses and other retail and commercial uses over the greenbelt between Airdrie, Calderbank and Carnbroe. Quite rightly, this concreting over of the environment has provoked outrage.

It is clear that on one side is ranged big money interests – exactly who they all are isn’t entirely clear. I have written on numerous occasions before and after becoming an MSP to the company hired by the developers to take the proposal forward, asking who their financial backers are. They have so far refused to disclose who is involved ‘for reasons of commercial sensitivity’.

But we do know that on the other side are local people and local communities resisting the robbery of a natural asset which is of historical importance, endowed with ecological value and great recreational benefit.

In this campaign too, I am on the side of people and communities not big money and vested interests. That is how I see my role as an elected representative, to take this fight and others like it to the Scottish Parliament, but to encourage the campaign outside Parliament too.

The Scottish Parliament is an important platform on which to contest the battle of ideas with nationalists. If those of us who are democratic socialists are to win that battle then we need to give people a vision of the good society we want to build. It needs to be distinctively socialist, credible but radical, offering hope in place of fear. And for Labour, it means re-forging the alliance with the union movement and become once again a party of labour worthy of the name.

Nye Bevan also said that at their best Parliamentarians were tribunes of the people. That’s a high ideal to live up to, but one worth striving for.

Richard Leonard is a list MSP for Central Scotland. He was previously GMB Scotland political officer.