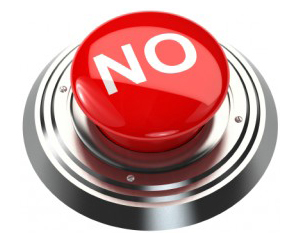 The Scottish Left Review has made even-handed coverage of the independence debate a central aim. Where we have published issues on the constitutional debate we have allocated equal space to either side. We requested articles from both YesScotland and Better Together with a deadline of 23 August. It is never our aim to embarass anyone and we recognise that for the two campaigns this is a very busy time. However, as by 12 September and after a number of extended deadlines we do not have an article to balance the one by Dennis Canavan for YesScotland we feel we need to explain the circumstance. We include instead a recent blog written by Blair McDougall, Campaign Director for Better Together. This originally appeared on the Better Together website.

When celebrity psephologist Nate Silver makes a political prediction people listen. Having called all states correctly in the last US presidential election, Silver has turned his attention to the Scottish referendum. His reading of the polls is that it is all but impossible for the Yes side to win the referendum.

On a casual survey of the polling numbers it is easy to see why he might think that. Every public opinion poll has support for the UK up. Almost every poll has support for leaving the UK down. The only exception is Panelbase which had the Yes side up just one per cent.

The support for remaining in the UK shouldn’t come as a surprise. This isn’t a new debate for us. The constitutional question has dominated our politics for four decades. Most of us have arrived at a fairly settled view of which we prefer: devolution or separation.

Anyone who thinks the referendum is already won is making a dangerous mistake. Beneath the binary polling questions that suggests a strong percentage lead for the pro-UK side, hundreds of thousands of voters have still to make up their minds.

A differential turnout is a real threat and explains why our campaign is working so hard to identify supporters. If the minority of true-believing nationalists mobilise, but the pro-devolution majority assume that a strong poll lead absolves them from the need to turnout, then Alex Salmond would win an undeserved victory.

There are signs that the nationalists hopes rest on the vote not being a true reflection of the will of the Scottish people. They are putting huge effort into pretending that independence is really devolution. Everything will change, but nothing will change. Salmond out-rider Andrew Wilson even wrote on Sunday that those who oppose independence should vote yes because it was really a vote for devolution. If people vote to go it alone then they will get exactly what they have voted for.

Supporters of devolution within the UK should be confident that it is our campaign that represents the majority of Scots, but we cannot be complacent in any way. Where Silver’s analysis is correct is in saying that the nationalists need their White Paper later in the year to be a transformative moment.

As a political strategist the puzzle for me was always why the nationalists would launch a campaign before they were ready to tell the voters what they were campaigning for. As a strategy it seemed designed to erode confidence. The consequence of the SNP government’s evasion and delay has been that more and more voters have concluded that Alex Salmond and his ministers simply don’t have answers to the big questions. If they had convincing arguments what possible reason would they have for keeping them secret?

Expectations for the White Paper were already high. Since they launched their campaign almost every detailed issue has been side-stepped with a promise that all the answers will come in the White Paper. The running of the economy, jobs, defence, welfare, border controls, tax, EU membership, energy, legal issues – literally dozens of issues have been parked in this document.

In the meantime exchanges on issues like private pension deficits, preparations for the establishment of a separate welfare state, EU legal advice, and, most damagingly of all for the nationalists, currency have left people with a sense that they are making things up as they go along. Rebuilding credibility is never as easy as holding on to it.

By making voters wait so long, and by allowing confidence in their argument to erode in the meantime, the SNP Government has made the task harder for themselves. The high expectation around the document has led undecided voters to raise the bar on the job the White Paper. An already sceptical electorate are now even less disposed to believe grand promises contained in the document. The SNP now find themselves trapped between the need to make an offer which is dramatic enough to transform the debate while recognising that fantastic wish lists will only further undermine trust in the independence proposition.

Yes Scotland’s response to Silver’s analysis was instructive. Voters will turn to independence when they know more about it, they say. If Alex Salmond’s independence campaign really believe that their campaign is struggling because voters don’t have enough detail about what independence means, they only have themselves to blame.

Blair McDougal is Campaign Director of Better Together