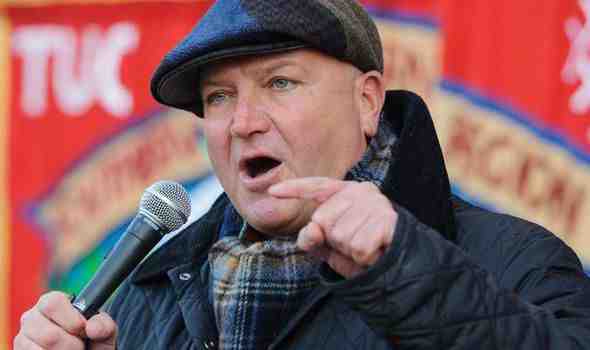 The RMT membership was shocked and deeply saddened by the sudden death of our General Secretary Bob Crow. Bob was my comrade and my friend. We served on our executive together, and I was proud when upon his election to GS he brought me in to form an Organisation Unit. Working for Bob and with him was always inspiring.

In 2002 our union was looking into the abyss, with deep financial problems, continuing loss of membership, we were demoralised and inert. The wider picture was worse . Bob had been politicised as a young man in a different world, the people had owned gas, electricity, water, the railways were in public hands. We sent our kids to university for free education, we actually paid them a grant for going!

The trade union movement membership had reached 13 million. Bob wanted to fight to bring these assets of the nation back to the people. He was willing to make common cause with all fighting for his unions demands. His immediate problem was rebuilding his own union. He put organising for recruitment top of his list. He rolled his sleeves up and got stuck in alongside his rank and file and they loved it. Thousands joined, people stopped leaving us. Under Bobs leadership we became solvent, we owe not a bean to anyone. He led us away from the insults and sneering buffoons of New Labour so we could democratise our political fund. Bob put education high up our order of activity. He encouraged the membership and gradually brought back our militant tradition that had lay dormant.

In short Bob achieved for the membership of our union what he set out to achieve. But RMT members knew that Bob had come to appeal to a wider constituency, he spoke for his social class, stood up for them, understood us in a way only another working class man can. He was respected for his fighting spirit both in and outside his union. We will all miss him.