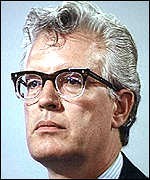 ‘The true basis for any caring society must be public services provided from the public purse, staffed by men and women properly trained and decently paid.’ Rodney Bickerstaffe

This website – https://rodneybickerstaffe.org.uk/ – celebrates the life and legacy of inspirational union and labour movement leader, Rodney ‘Bick’ Bickerstaffe (6 April 1945 to 3 October 2017) and shares information and memories of him and his major contribution to improving the lives of working people. Rodney spoke of his most significant achievements being the winning of a statutory minimum wage (in 1998) and the creation of public service union UNISON from a merger of COHSE, NALGO and NUPE in 1993. But as you will see from this site, he was instrumental in much, much more at home and internationally. The site is the creation of colleagues who worked closely with him over many years and campaigns. It has sections outlining his biography, his speeches and writings on the campaigns/causes to which he was dedicated and includes a collection of photos and video clips.

Always spectacled and with a resplendent quiff, he was a popular and highly visible union leader, calling for better rights and fairer treatment for staff working in public services and those transferred to the private sector through national and local privatisations. He was a formidable orator with an infectious sense of humour. He became an organiser for NUPE in 1966 in Yorkshire, rising through the ranks to be divisional officer of the northern division. He then became national officer responsible for members working in local government, universities and the water industry. During the 1978–1979 ‘Winter of Discontent’, he was particularly known for his militancy on behalf of government workers. In 1981, he was appointed NUPE general secretary.

On his retirement in 2001, he succeeded Jack Jones as president of the National Pensioners’ Convention. He stood down in 2005 to focus upon his international commitments. He was a founding Trustee of the International Brigade Memorial Trust and served in that capacity until 2012, when he became one of its patrons. He was President of War on Want, a patron of the Palestine Solidarity Campaign and a past president of the Labour Campaign for Travellers’ Rights. He also chaired the Ken Gill Memorial Fund, a non-charitable trust established to commemorate his late friend, union leader and communist, Ken Gill.

I was a colleague of Rodney for over 40 years. He was an inspirational leader and friend whose humanity shone like a bright star. This site will be of interest to not just members and ex-members of UNISON and NUPE but to all in the labour movement and will spur memories in many.

Bob Thomson was Scottish National Officer of the National Union of Public Employees (NUPE) and then Associate Scottish Secretary of UNISON. He is a member of the editorial committee of Scottish Left Review.

On the union frontline in a pandemic

Of black clouds and silver linings?