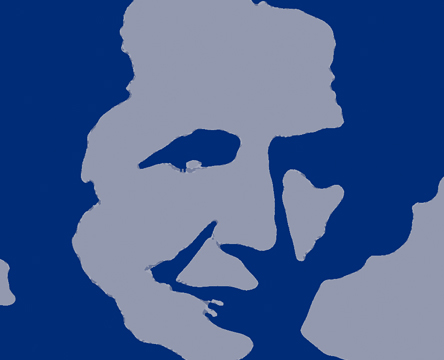 Returning to the past: Thatcher, Brexit and Statecraft

Robin Jones looks back at Margaret Thatcher’s ‘Statecraft: Strategies for a Changing World’ (Harper Collins, 2002, £25) to see what lessons it holds for understanding the Tories today

‘For my part,’ wrote Margaret Thatcher, ‘I favour an approach to statecraft that embraces principles, as long as it is not stifled by them; and I prefer such principles to be accompanied by steel along with good intentions.’ Principle, steel and good intentions. Whether she held to this approach is debateable, though her supporters consider that she did. On the issue of Europe, they may even be persuasive, not least if they offer as evidence the 1984 Fontainebleau European Council and Thatcher’s refusal to sanction a rise in the EEC’s VAT levy rate until the UK rebate had been agreed.

On the 23 December of this year, 18 months will have passed since the Brexit referendum. Many Conservative ‘leavers’ have tried to ventriloquise Thatcher’s support on the issue, even claiming it as a posthumous victory. Perhaps, the referendum result would have pleased the former Prime Minister – it is quite possible. It is also possible, however, that the current negotiations would have pleased her far less.

Thatcher’s movement from qualified support for membership of the Common Market to qualified support for leaving the European Union is crisply charted in ‘Britain and Europe – Time to Renegotiate’, a chapter in her final book, Statecraft. Her professional interest with Europe began with De Gaulle’s 1963 veto of Britain’s entry into the Common Market which came four years after Thatcher was first elected to Parliament as Member for Finchley. The result of the veto, Thatcher states, was obstinacy and ‘a renewed vigour among the British political class’ to join the Common Market.

‘During the whole of this period,’ she writes, ‘I fully shared the prevailing view that Britain’s national interest – particularly our economic interest – required joining the EEC on the best available terms.’ She continued to hold this view throughout those early years in office and, when Britain eventually joined the European Economic Community in January 1973, she, as Education Secretary, considered the decision ‘necessary and right.’ The wider benefits of EEC membership, Thatcher argues, outweighed the drawbacks.

This opinion was not to last, however. Her shift, according to Statecraft, owed itself to the following: ‘any concessions which Britain makes, or initiatives she promotes, in Europe are always eventually turned against her and against the original intention.’ In this regard, entry into the Common Market was not, ultimately, a matter of economics but rather an ‘unacceptable loss of sovereignty.’ This opinion was one many in her party shared and share still. Indeed, it was this persistent seam of resentment that led David Cameron to include the referendum pledge in his 2015 manifesto.

The referendum was, in its conception, ill-thought-out and reckless, though the execution was worse still. Here was a referendum offered to the country by a PM not because he believed in it, but because it had been politically expedient for him to do so. The result was Cameron campaigning to maintain the status quo while others in his cabinet campaigned for change. Inexplicably, and unforgivably, he gave no instructions for contingency plans to be made for what would happen in the event of a ‘leave’ vote (a decision which the Foreign Affairs Select Committee described as ‘gross negligence’ that ‘exacerbated post-referendum uncertainty both within the UK and amongst key international partners, and made the task now facing the new Government substantially more difficult.’) Finally, when his gamble didn’t pay off and Britain voted to leave, Cameron quit, reportedly asking his aides: ‘Why should I do all the hard shit?’ Principle, steel and good intentions.

If reports are to be believed, the present government’s Brexit negotiations are not progressing well. Theresa May is struggling to control divisions, and messages from the cabinet regarding the possibility of a ‘no deal’ are contradictory. If this is a negotiating tactic, perhaps Thatcher would have approved: ‘it should be made clear right at the start that in order to secure our objectives we would be prepared, if it became necessary, unilaterally to withdraw from EU membership.’ After all, she argued, any negotiation with the EU requires ‘credible threats of disruption’ such as those she made during her British rebate negotiations in 1984. There is little sign yet that Theresa May’s supporters – what few of them remain – will be claiming the Brexit negotiations as her Fontainebleau any time soon.

At the time of writing there are also reports that the EU, while hoping for agreement, is bracing for a ‘no deal’ scenario. These are dark clouds. Trade deals are seldom best negotiated on the hoof – even when espousing departure Thatcher acknowledged that in the event of a threatened unilateral withdrawal new trade agreements should ‘ideally… take place before Britain formally withdrew as a full member of the EU: no one wants more disruption than is necessary’.

Thatcher’s analysis was correct when, referring to the period before Britain joined the EEC, she stated that ‘[e]xclusion from the European customs union represented a significant obstacle to British trade.’ That same analysis holds true today. Unfortunately, her lingering influence on the Conservative Party is guaranteeing precisely that exclusion, and precisely the unnecessary disruption she sought to avoid. Her legacy on Europe, as with her legacy on so many issues, is a troubling one. The damage continues.

Robin Jones lives in Paris where he works as an English teacher. His fiction, articles and reviews have appeared in the Edinburgh Review, Gutter, Jacobin, the Dark Mountain Project and Huffington Post.