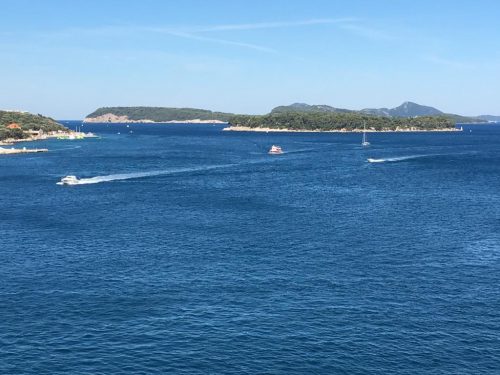 Glasgow-born Alexander Trocchi was a fiery figure in the British literary world – an editor in Paris, an avant-garde novelist with an internationalist mindset – before he parked himself in a desolate London siding labelled ‘obscure heroin-addicted ex-writer’. With new editions of his writing now published, the time is ripe to look again at this iconoclastic Scotsman who died in 1984.

Cain’s Book (1963) brings to mind William Burrough’s Naked Lunch, sharing an unashamed depiction of their similar subject matter. The narrator, cooking up some heroin, thinks to himself: ‘a small fix, I feel, would recreate the strewn ramparts of Jericho’. Walls in the mind, stabilizing boundaries between the self and the world, have been blown down, not by trumpets of rams’ horns but by an unendurable ennui and unfulfilled need that becomes overwhelming. When the effect of a fix wears off, what is said of a fellow addict becomes a self-description: ‘all grace dies within him. He becomes a dead thing. For him, ordinary consciousness is like a slow desert at the centre of his being’. Heroin is ‘a murmured orgasm in the bloodstream’ but the habit, he notes, is a religion where the believer is the only member of the church.

In The Holy Man and Other Stories, the characters in the four stories are not addicts but they are marginalized people with lives private to themselves, beyond the ken of others and probably outside their own understanding as well. In one of them, ‘Peter Pierce’, a man needs a temporary hideaway from the police and takes lodging in a house where he befriends a tramp-like rag picker called Peter. Like a character from Beckett, Peter obsesses over the trivial, in this case pen nibs (these stories were written in the 1950s) and his strange existence is the story’s point of interest.

Even stranger is the lodger in the collection’s titular story, a recluse who mystifies the other inhabitants in a shabby Paris dwelling house above a disused bar. Never leaving his darkened room on the top floor, fed and minimally cared for by two women who live below him, he acquires an aura more usually associated with anchorites. His fellow lodgers wait, as if for a theophany.

The central character in another one of the stories, ‘The Meeting’, does at least have dreams of a more fulfilling life than the one offered by his current predicament. Working in an office in post-WW2 Britain – ‘I thought it would be different after the war. But it’s not, it’s the same. Worse, if anything.’ – something beckons as a possibility of escape from his demeaning existence when he goes for an after work drink with female colleague, Miss Lanelly.

Young Adam was Trocchi’s first novel, first published in 1954, two years after he moved to Paris, and tells the story of Joe, a disengaged young itinerant, who is working on a barge connecting Edinburgh and Glasgow. He helps Les, whose wife Ella owns the barge, and one day the two men find the corpse of an undressed woman drifting in the water. The tone of the novel’s prose – explicit and disquieting – is apparent in the opening paragraph: ‘These are times when what is to be said looks out of the past at you – looks out like someone at a window and you in the street as you walk along. Past hours, past acts, take on an uncanny isolation; between them and you who look back on them now there is no continuity’.

The discovery of the dead woman is followed by Joe’s awakening of sexual interest in Ella and his furtive seduction is initiated under the table in the cramped barge as the husband reads a paper in front of them over breakfast. A conjunction of sex and death threads its way through the novel, mostly through the optic of Joe’s free-ranging libido and his disturbing dispassionateness.

It is the way Joe, as much an outsider as the characters in his other novel and short stories, recounts his experience that makes Young Adam an intriguing read. This is lost in the 2003 film version, with Ewan McGregor playing Joe, though Tilda Swinton as Ella adds a woman’s perspective that is not always obvious in Trocchi’s writing.

Alexander Trocchi’s work stands on its own ground. The new publication of his two novels and four short stories is to be welcomed, offering a fresh opportunity for readers to discover the writing of one of Scotland’s best writers of the twentieth century. Cain’s Book has an interesting forward by Tom McCarthy and Man at Leisure, a collection of his lesser-known writing, includes an introduction by William Burroughs. All books mentioned are published by Alma Books (https://almabooks.com/alma-author/alexander-trocchi/).