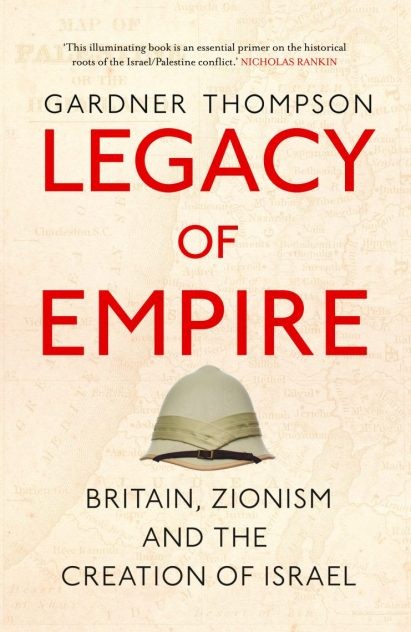 Sub heading of 'Britain, Sionism and the Creation of Israel with a colonial white helmet above
17th January 202019th June 20203 years ago SLR 4 min read 732 Views

Sixty years and more ago, when involved in socialist politics, I had many Jewish comrades. When I and other socialists organised the first Glasgow meeting of the Campaign against Racial Discrimination, there was a friendly report in the local Jewish press. Observing politics today, that past certainly seems like a ‘foreign country’, to use Hartley’s phrase. Prominent socialists, including the leader of the Labour Party, are accused of hostility of Jews, so-called ‘anti-Semitism’. There are still Jewish socialists but the loudest Jewish voices seem to be those complaining of anti-Semitism on the left. What has happened? It is difficult not to see this as due at least in part to a mythical notion of Israel. There seems to be a widespread belief, especially amongst religious Jews, that Zionism is the two millennium old desire of Jews to return to their ancestral homeland and that the state of Israel represents the fulfillment of that goal.

Gardner Thompson’s Legacy of Empire treats the history of Zionism and Israel rather differently. Zionism emerged in the late nineteenth century as a movement. Given the hostility in many European countries which some Christians displayed towards the minority Jewish communities, it is not surprising that the idea of a Jewish homeland would appeal to many of those discriminated against. Two points must be made, however. The potential homeland was not always seen as Palestine. Theodor Herzl, who organized the first Zionist Congress in Basel in 1897, saw Palestine as the ideal setting but considered Uganda and Argentina as possibilities. Many Jews were strongly opposed to Zionism.

Thompson treats the Balfour Declaration as the key event leading to the setting up the state of Israel. On behalf of Lloyd George’s (British) government, the Foreign Secretary, Arthur Balfour issued a statement saying it would facilitate the establishment of a ‘national home for the Jewish people’ in Palestine. The British Empire was at war. The Declaration assumed a future victory and the consequent breaking up of the Ottoman Empire. This transpired. Palestine came under the control of the British, rather than the Ottoman, Empire. This was later approved by a League of Nations mandate.

The wishes of the existing population of Palestine were not given high priority. The Balfour Declaration had referred to the need not to prejudice their civil and religious rights, but how could this be achieved if another population was to be introduced to their territory against their will? Essentially this was power politics at work. British government promotion of a Jewish homeland was based on perceptions of its own imperial interests, coloured by prejudices. It did not view favourably the large-scale migration of European Jews to Britain. To Lloyd George, Jews were the people of the Holy Bible he had studied from childhood. Zionism’s main proponent was Chaim Weizmann, a cultured British academic. By contrast, Palestinians seemed to Britons at the time to be relatively backward people, who might benefit from the entrepreneurial skills of Jewish incomers. Eventually, after the Second World War, Britain had to admit defeat in its attempts to satisfy both Jews and Arabs and withdrew. The Jewish colonists, for that is what they were, were better organized than the native Palestinians and, thus, established the state of Israel we have today.

Thompson’s book is essentially a work of history but, of course, he argues that looking at that history has implications for current politics. He says that this is a ‘uniquely difficult’ colonial problem left over from an ‘earlier age’. Only the ‘central players’, Jews and Arabs, can bring about a resolution. However, Thompson suggests that if any external agency can play a part, it is Britain. It should shed ‘stale partisanship’ and seek justice and peace.

Thompson does not explore what might be involved in Britain following such a course. One current problem is that supporters of Israel loudly proclaim any criticism of its policies as anti-Semitic. This is despite the fact that there are Jewish critics of these policies. At present, ‘anti-Semitism’ is employed so widely that socialists in the Labour Party are severely constrained because the National Executive seems unwilling to distinguish between criticism of ‘Israel’ and hostility to ‘Jews’.

The pressure that many British Jews are putting on socialists derives from their quasi-religious conception of the State of Israel. However, Israel is not God-given. It has arisen from a number of actual historical contingencies. These contingencies are clearly outlined in Thompson’s book. Therein lies the book’s political significance. Socialists generally can find in it justification for arguing that Israel is essentially a colonial power and, as such, exploits the colonised. As someone who studies the social psychology of beliefs, I am aware that irrational beliefs are difficult to break down. Conceptions of Israel which seem to be common amongst Jewish communities are essentially mythical. People often stick to emotionally satisfying but irrational ideas. As a socialist, I hope that this book may contribute to the global struggle against all forms of racism by giving strength to those who are seeking realistic and fair solutions to the political problems in Israeli and Palestinian relations.

Sandy Hobbs is a founder memory of the International Society for Contemporary Legend Research. His archives are available at Glasgow Caledonian University.