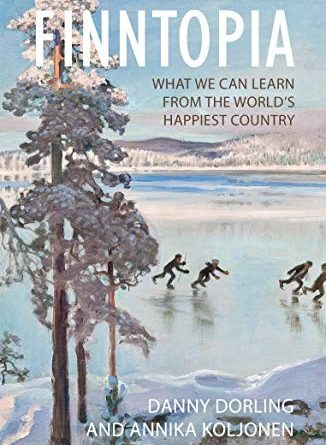 This book is barely ‘okay’. To anyone accessing Nordic Horizons online, on Facebook or Twitter there is nothing surprising nor new in this publication and they will probably find the massive data catalogue referenced in this book better analysed elsewhere. This is a strange publication. It seems to have a strong eye focused on the US and English markets for those who seem to know little of Finland. Whilst we in Scotland are used to comparing ourselves with the Nordic countries, this is far less common in England. This is despite these near neighbours occupying so many of the leading global rankings in health, equality, wealth and happiness. As small open societies and economies, they offer lessons for Scotland and policies, practices and targets to aspire to; and these characteristics of scale and power relations are hardly recognised in this volume. From geographers, this book is mis-oriented as it constantly confuses England, Britain and the UK which is especially problematic in the key elements proposed to be underpinning Finland’s ‘happiness’: education, health, social institutions. In the one instance, where this is identified as an issue, with a sub-heading UK/England, neither data nor text differ across the UK.

The physical geography is an interesting starting point but as with the very many tables, diagrams and maps throughout, the reader often needs to apply their own interpretation to these illustrations. The authors reject direct environmental determinism as explaining Finland’s ‘happiness’ but never offer a working hypothesis of what have been the driving forces. In particular, the tripartite, corporatist approaches which are promoted and sustained across the Nordic countries are mentioned but briefly. Unions are given but passing mentions with regard to teachers, for instance, but not anywhere is there a comprehensive discussion of their role in representing working-class interests, driving change, addressing political and economic power, compromising with capital etc. Significant sections of the book offer very short-term analyses of changes in, for example, GDP and unemployment, and other indicators that do not explain greater long-term developments nor do they paint a better picture of everyday life. Such narratives are consistent with a publication put together quickly without a coherent commentary or explanatory argument for what is behind Finland’s successes. Nor, as suggested above, is there any recognition that scale is undoubtedly important in nurturing trust and cooperation – key concepts and pre-conditions in many analyses of the Nordic models. Likewise, the Nordic Council and other means for collective decision making and implementation do not warrant much consideration either despite these institutions offering early and unique ways for national sovereignty to be pooled.

How the arguments in this book are meant to apply to the UK and USA are often incomplete and unexplained though they could be much more relevant to Scotland, Wales, Ireland and other smaller nations. Why these geographers do not appreciate these key factors and features is, indeed, a mystery: if it is because they are writing for large country markets, then why not explore the importance of size? The apparent unwillingness – and failure – to even understand that data on the different nations of the UK cannot be considered as a pro-rata of England’s nor that different policies, strategies, performances are to be identified and analysed across the UK to very good effect is obvious. This lack of attention to these details, and so to the opportunity to promote understanding of the importance of scale and of differences between countries of different politics, lessens the capacity of the book to explain Finland’s and others’ journeys.

A particular national statistic that is used repeatedly throughout the chapters is GDP. Now this is a key performance indicator (KPI) that has come in for criticism by environmentalists, feminists, and others involved in well-being and sustainability, but economists also understand that it measures differently in different circumstances, and especially for small open economies. As Eoin O’Leary explains very well in his Irish Economic Development: Serial Under-Achievement or High-Performing EU State (2015), and this applies very similarly to the other Celtic nations (and many small open economies where FDI (foreign direct investment) is significant for jobs and outputs), using GDP as a KPI and as a denominator in international country comparisons of markedly different sizes is fatally flawed. Nowhere do the authors recognise this, yet it underpins many of their conclusions. Similar distortions are implicitly incorporated through ill-defined application of such basic economic concepts as ‘fiscal policy’ and ‘monetarism’. Students writing such accounts would quite rightly be corrected for this. Journalists would be expected to meet higher levels of quality and accuracy.

Another example where more careful thought and analysis would have modified the argument would be in considering the implications of their own recording that far more live alone in Finland than elsewhere, therefore, household size is on average smaller and the distribution of income flatter than if effort had been made to standardise for elsewhere. This is but one instance but illustrates that a much better description of Finland could have been published and needs to be, because the commentary towards the end of the book promises the world, but especially smaller economies and societies, can and should learn from the Nordic countries’ successes but also from their new challenges of demography and immigration.

A taxing matter: Sources of and dilemmas about new revenue streams for public services in Scotland