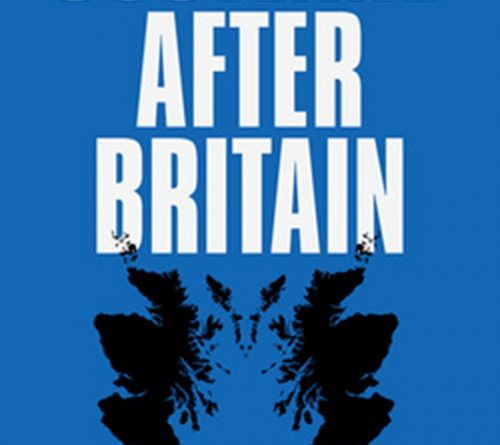 The authors have attempted a massive task. First, to set out a theoretical framework of nationalism’s role in the post-crash 2008 world and tie this to earlier theories like Marx and Lenin. The subtitle draws upon Hal Draper’s framework of socialism from below versus socialism from above. Second, to place the 2014 Scottish referendum firmly within a world context of protest and mass engagement: Catalonia, the Gilet Jaunes, Tahrir Square amongst others and to link this to Brexit and the struggle for Irish Independence. Third, to analyse the evolving class forces driving support for both the SNP and Labour, and how they have evolved and changed particularly in the SNP, both before and after 2012.

The book is very readable, although it warrants several rereads. It concludes with suggestions as to the work needed to be prepared by the movement for independence, particularly by grassroots and academic forces, before another hopefully successful referendum.

The authors have worked on this book for a number of years and it was finished only after Neil Davidson’s untimely death in 2020. Neil is attributed with writing the whole of the chapter on the independence referendum and shaping much of the rest which was finished and updated by the other authors. Ben Wray now leads the Gig Economy Project and previously was head of policy at Common Weal, and James Foley was a researcher in politics at Glasgow Caledonian University.

The analysis of nationalism quotes Marx: ‘[the proletariat] must constitute itself as the nation’. However, the authors argue that whilst this remains the case, ‘Scotland’s questions are tactical’ in terms of what prospects are there for strengthening working-class influence and weakening ruling class dominance through the national movements.

The 2014 referendum and its aftermath represented an organised revolt against the capitalist logic of ‘there is no alternative’. This was new and potentially revolutionary. This brought the movement from below into conflict with the SNP leadership over currency, the EU and NATO. It is notable that Nicola Sturgeon has never attended any All Under One Banner (AUOB) demonstration. In one sense, the SNP government is a product of neo-liberal globalisation, whereas the ongoing independence movement is a product of the post-2008 crash.

The chapter on the referendum campaign brings back painful memories. I attended the first meeting of the executive of the Independence Campaign after the agreement to hold a referendum along with Dennis Canavan, Angus Robertson and Blair Jenkins prior to the launch of the official Yes campaign. At this, I put to Robertson then the minister leading the campaign that the SNP was not serious about winning but simply was content to put on a show and continue in Government. Denis agreed as did most other executive members while Robertson refused to reply. Thereafter I and others concentrated on canvassing and campaigning in Castlemilk and other areas until local groups took over. The book reminds us that 24 to 45 years old voted yes by a majority, the poor voted yes, Dundee and Glasgow voted yes by 57% and 53.5%.

The next chapter analyses the collapse of Labour’s Red wall in Scotland and North England. Essentially it puts that down to Thatcherism and the extent Blair was seen as her successor, particularly after the Iraq war with the SNP under the anti-war Salmond a safe pair of hands that would do no worse. The referendum reinforced this collapse of Labour with 56% of bottom quartile income voters voting yes.

The following two chapters deal with the SNP in government, the Salmond-Sturgeon war, the changing class nature of the SNP over the years and in government and why, despite manifest failing in her policies particularly during Covid on the likes of care homes, Sturgeon’s personal ratings keep rising.

The authors hold out that the most probable outcome of the next election is a Westminster alliance of SNP, Green or Lib Dems and Labour. Scotland is already after Britain insofar as no British project seems to alter a framework for political action. Sections analyse the care homes deaths, local government funding, BiFab and the lack of green jobs and the gender recognition act problems. These are well worth reading to show the limits of the SNP government competence.

Finally, we come to the suggestions regarding Independence for whom and to do what. The point is well made that little practical work has been done to autonomously prepare an alternative independence perspective to Andrew Wilson’s which essentially says nothing changes and austerity is necessary. The book’s conclusion sets out a framework within which independence from below can be fought for. This runs counter to the SNP leadership which envisages an externally controlled – by international finance, EU etc rules – Scottish state. By contrast, public control and accountability need to be fought for now and confrontation sought with Westminster limits. True internationalism lies with supporting Palestine and Catalonia as well as republicanism and opposition to NATO. Most important is the fight for popular economic sovereignty with democratic control of natural resources, de-financialisation, de-globalisation, and rebalanced workplace power.

Gordon Morgan is a member of the editorial committee of the Scottish Left Review.