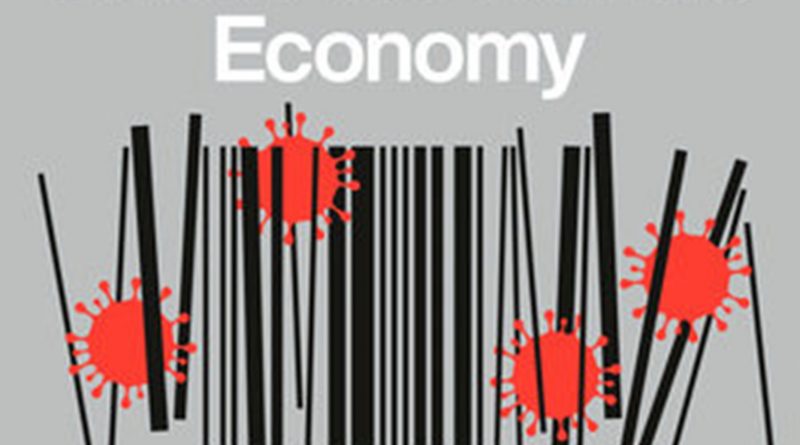 Reviewed by Will Podmore

This is an exceptionally useful study of the impact of Covid. Tooze is a noted economic historian, author of Crashed: how a decade of financial crisis changed the world and is the Kathryn and Shelby Cullom Davis Professor of History at Columbia University. He notes: ‘There has never been a moment in which close to 95 percent of the world’s economies suffered a simultaneous contraction in per capita GDP, as they did in the first half of 2020. Over 3 billion adults were furloughed from their jobs or struggled to work from home. Close to 1.6 billion young people had their education interrupted’. He continues that by early February: ‘the World Health Organization (WHO) and the International Monetary Fund (IMF) did sound the alarm, but neither the United States nor the EU threw their weight behind those warnings. Nor did China put itself in quarantine or constructively advocate for movement restrictions. The WHO condoned that position, arguing against unnecessary travel bans. On all sides February 2020 delivered a staggering demonstration of the collective inability of the global elite to grasp what it would actually mean to govern the deeply globalized and interconnected world they have created’.

On 9 March, the US stock market crashed. By then, the virus had been reported in 110 countries. On 11 March, the WHO officially declared a pandemic. The International Labour Organization estimated that by early April, 81% of the world’s workforce was under some type of restriction. On 25 March, the US Senate approved the Coronavirus Aid, Relief, and Economic Security Act. Its provisions amounted to $2.2 trillion, the largest fiscal support package ever delivered to any economy. By January 2021, the total fiscal effort worldwide had reached $14 trillion.

Tooze points out: ‘The fiscal-monetary synthesis of 2020 was a synthesis for the twenty-first century. While it overturned the nostrums of neoliberalism, notably with regard to the scale of government interventions, it was framed by neoliberalism’s legacies, in the form of hyperglobalization, fragile and attenuated welfare states, profound social and economic inequality, and the overweening size and influence of private finance.’ Here, ‘Worldwide, the wealth of billionaires rose by $1.9 trillion in 2020, with $560 billion of that benefiting America’s wealthiest people’.

The IMF reported that by October 2020 the average advanced economy managed a discretionary fiscal effort of almost 8.5% of GDP for coronavirus measures. The average for middle-income emerging market countries was just under 4%. Low-income countries generally mobilised less than 2%.

The China-centred Regional Comprehensive Economic Partnership, unveiled on 15 November 2020, was the biggest trade deal in history. It had a larger combined GDP than the ‘China-containment’ Comprehensive and Progressive Agreement for Trans-Pacific Partnership, the North American Free Trade Agreement or the EU. The RCEP includes China, Japan, Indonesia, Malaysia, the Philippines, Singapore, South Korea, Australia and New Zealand. The 15 member countries account for 30% of the world’s population (2.2bn) and 30% of world GDP ($29.7tn), making it the largest trade bloc in history.

Any member of the G20 could have borrowed the funds needed to meet the entire projected cost of vaccinating the whole world, estimated as of May 2020 at $25bn. The IMF estimated that doing so would add $9tn to global GDP by 2025. Nevertheless, not one of the governments of the richer countries was willing to fund a global programme.

South Africa and India launched an appeal at the WTO calling for all intellectual property protections to be lifted on Covid vaccines and treatments. But a coalition of the USA, Britain, Canada, and the EU defeated this proposal. They supported cooperation but only on the terms set by the pharmaceutical industry.  Similarly, proposals to expand the crisis-fighting capacity of the IMF and to embark on large-scale debt relief got nowhere.

Tooze concludes: ‘Europe’s failure in the years after 2010 was of historic dimensions. The year 2020 could have been the same. It was not. In a conscious determination to avoid a disastrous repetition, Europe’s political class defined the 2020 crisis as new. The least that you can say for them is that they found new ways to fail. They took on the task of a common vaccine policy and turned its launch into a legitimation crisis. They constructed a new fiscal capacity that was undersized for the job. Another intervention by the German constitutional court, this time on the legality of the joint funding of the NextGen EU fund, served notice that the legal foundation of Europe’s federal institutions remained unsteady. Meanwhile, not only was the United States rolling out an effective vaccination program, but Biden’s Rescue Plan promised to catapult America’s economic growth far into the lead. Europe faced the prospect of having to relaunch its relaunch’.