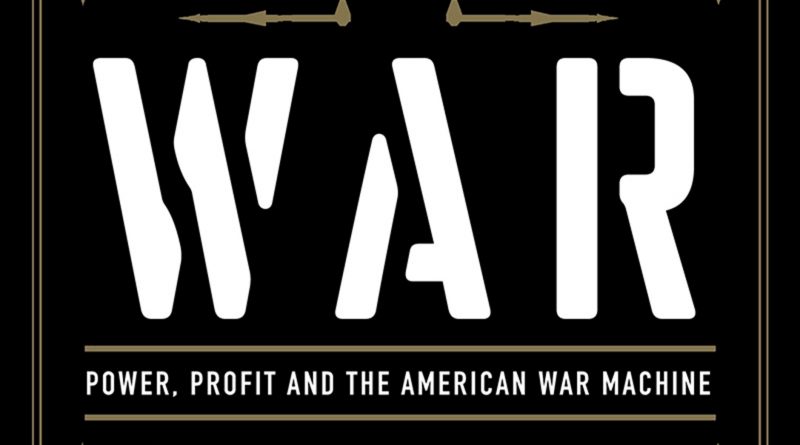 Cockburn powerfully evidences the theory that where western weaponry is deployed and used is not driven by rational operational far less strategic considerations. Often, what is passed off as strategy are really post-facto ‘rationales’ to explain away gargantuan procurement schemes for very exotic and, consequently, very expensive weapons systems that do little to enhance the real security interests whether collectively or individually of these states. This often results in the creation and deployment of tools of war looking for military conflicts in which they can be used rather than the other way round. If these conflicts can be extended, even better, at least from the perspective of those companies who manufacture them.

Cockburn’s inside knowledge of the personalities and institutions, political, industrial, and cultural, of the planet’s only global military hegemonic power is extensive. This allows him to throw light on the underlying causes of why the United States seems to constantly seek to make war then prosecute it with no successful outcome. He goes on to explain how the Military Industrial Complex (MIC) is now even learning to monetise, what the often quoted nineteenth century military theorist, Clausewitz, would class as military failure.

We all know that these twenty first century expeditionary wars our forces embark on – his primary focus is Afghanistan – are more destructive and longer lasting. Consequently, ‘recovery’ plans, such as they are, will take longer to resolve and be costly. The MIC has realised that these increased costs present even more opportunities to establish even more profit streams. Cockburn describes how the initial plans of aid organisations are sometimes suborned and even privatised.

In short, Cockburn lays before us a compelling case that we are witnessing the emergence of new all-encompassing business model for ‘forever war’. The MIC can manufacture the casus belli, an act or situation that provokes or justifies a war. Then, as donors to the political class, particularly but not exclusively in the USA, promote the casus belli. Then through friendly media outlets and others in the think tank community, to sell the casus belli to the public.

The MIC sells, maintains and trains in the use of the kit. It has even successfully re-introduced the private contractor, done away with in large part in the nineteenth century, into not only war fighting but the logistical ‘tail’ of the fight. Interestingly former generals-come-spokespersons for the arms firms commonly quote the adage, ‘professionals do logistics and amateurs the operations’, without any hint of irony.

Cockburn reveals how outlandish procurement programmes often fail to deliver what the sales teams promise. That many of these threats could be resolved through diplomacy matters not. The ‘kinetic’ option tends to find favour, after all its invariably more profitable. The sums involved are affordable for some. For others, efficiencies can be achieved elsewhere. Cockburn reveals that when Romania joined NATO, sacrifices to achieve interoperability with NATO kit had to be made, resulting in some cases of some Romanian hospitals ending up without running water.

He examines the F22 stealth fighter. Purchase and operational at a cost of $400m per plane. Even the US Senate Armed Services committee baulked, and production ceased after ‘only’ 187 were built. Some F22s though have seen action of a sort against adversaries whose principal weapons were the roadside bomb and the Kalashnikov. We too in the UK have some of the hugely expensive F35s. So expensive are they that our carriers must rely of additional F35s and pilots supplied by the US Marine Corps.

When the Berlin Wall came down in 1989, we were told, and I passed it on to my Higher Modern Studies class, that we were all to enjoy a ‘Peace Dividend’. President Reagan’s Secretary of State, James Baker, and Margaret Thatcher assured Gorbachev and Yeltsin that NATO would not expand eastward. Turns out that ‘dividend’ was for the shareholders of arms firms though a shiver went up the MIC’s collective spine initially. Then the arms companies rallied and sent their sales task forces into the former Warsaw Pact states of Eastern Europe. Recent events in Ukraine show the legacy of this, typified by the creation of millions of refugees and the economic blowback of sanctions being only the start of. For example, Germany’s new defence budget is now, according to some, the world’s third largest.

The only winners in this latest in a very long line of wars in a region, which the historian, Timothy Snyder calls ‘bloodlands’, will be the arms companies. But only if a mistake in nuclear escalation miscalculation, their shareholders, along with the rest of us, do not become ‘collateral damage’.

Bill Ramsay is Convener of Peace Education Scotland, a charity set up by Scottish CND.