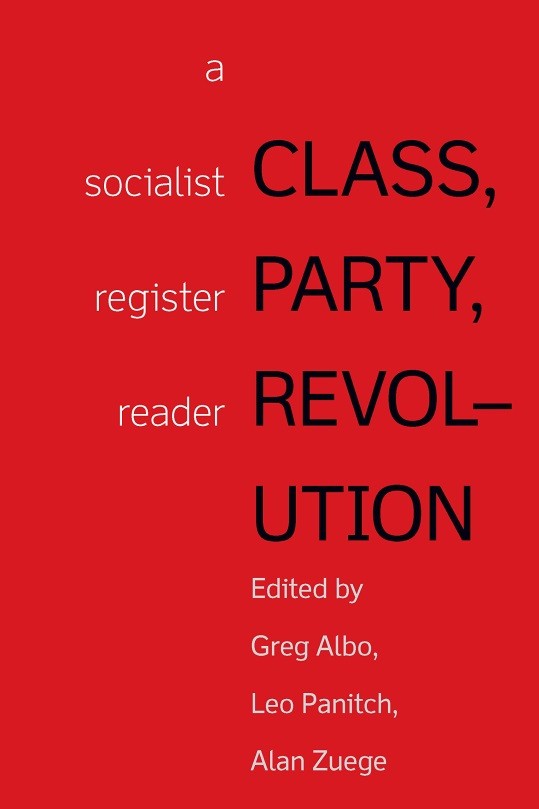 Current events invariably colour one’s interpretation of political texts but, for this reader, recent months of both British and world politics have not only coloured my reading, but invaded, confused and frustrated it. Such was the case with Class, Party, Revolution, an anthology of classic essays from the Socialist Register (which has been published annually since 1964 and was begun by Ralph Miliband and John Saville as a response to their criticisms of the New Left Review).

In his 1968 essay, ‘Reform and Revolution’, André Gorz writes that the institutions of bourgeois democracy are so conceived as to deny voters ‘all collective power over the organisation of society’ in favour of ‘a permanent delegation of power every four of five years to representatives with no direct relations with the masses’. Reading this, I pause for a moment and think of Brexit. I ask myself whether the referendum on Europe restored some of that collective power, or further undermined it. But I have allowed myself to be distracted; I return to my book.

An hour later, I encounter Lucio Magri. He is writing in the wake of the civil unrest of May 1968 in France. He states that ‘[i]n differing ways, many people who are not Marxists have begun to be conscious that the present system is wrong’. Again, I pause. This time I find myself thinking about the disparate political motivations of the gilets jaunes and their supporters. Two thirds of the French population, polls have suggested, support the basic aims of the protestors, while the protestors themselves hail from the full breadth of the political spectrum. The militancy of the protests troubles me, as does the involvement of the extreme right. I dismiss the thought, and get back to my reading.

When I reach Leo Panitch and Sam Gindin, writing in 2017, I am almost irretrievably derailed: ‘[t]he delegitimation of neoliberalism has restored some credibility to the radical socialist case for transcending capitalism as necessary to realise the collective, democratic, egalitarian, and ecological aspirations of humanity’. My first thought is of Jeremy Corbyn – to what extent does his popularity represent a broad dissatisfaction with neoliberalism? I ask the same question of Bernie Sanders. Next, Pablo Iglesias. Soon, however, I find my mind drifting to the White House.

Oftentimes, it is suggested that Trump represents a similar rejection of the elites. This rationalisation, it strikes me and many others, is demonstrably false. Despite his rhetoric of right-wing populism, Trump’s interests coincide entirely with those of corporate power. He has done nothing to help the day-to-day lives of his broader voting constituency, or to alleviate their difficulties at times of crisis. He has, however, determinedly used his power to maintain the wealthy, not least with his $1.5 trillion tax cut in December 2017. But back, once more, to the Register.

Class, Party and Revolution is a book of significant consequence. It is also one of contemporary relevance – so it proves at each turn of the page. Spanning the journal’s more than fifty-year history, these essays all discuss the question of organization: what is the role of the political party for those on the left? The strategic goal, it is stated in the introduction, should not be the installation of ‘islands of socialism in a capitalist ocean’ but rather ‘discovering and implementing the structural reforms necessary to sustain further shifts in the balance of class power and ruptures with the logic of capitalism’.

Which returns us to Trump, for the inverse might be formulated as his strategic goal: ‘the willful obstruction of the structural reforms necessary to shift the balance of power, and the rejection of all ruptures with capitalism’. The 45th President is anti-elitist in no meaningful sense. It is the responsibility of the left to challenge any attempt to portray him as such.