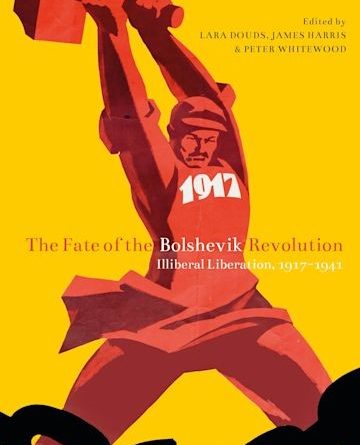 Russia’s liberatory 1917 revolution became, within two decades, more dictatorial than the system it had overthrown. For the right, this is proof of an inherent defect in communist parties and a genetic malfunction in the DNA of communism itself. The very readable The Fate of the Bolshevik Revolution considers this knee-jerk response and offers a considerably more nuanced understanding of Bolshevik rule.

Scholarship of the Cold War-era liked to think that the Bolsheviks could have opted for democracy instead of authoritarianism. The book’s editors, regarding this as a convenient case of historical amnesia, point out that universal suffrage – enacted nowhere in Europe at the time – was untested and controversial. Indeed, the 1920s saw many European democracies moving towards authoritarianism. Extending the vote became possible when the status quo realised that the working-class could think conservatively.

Lenin, rejecting liberal democracy as a screen for preserving bourgeois rule, looked ultimately to, in his own words, ‘the withering away of the state’. An understanding of why and how this never happened is hugely important and it provides the focus for the book’s sixteen essays. They range from charting the failure of the Bolshevik campaign to deal with prostitution to the origins of Soviet censorship, traced to a matrix rooted in the Bolshevik programme of mass literacy and the desire to serve the proletariat.

An underlying theme in many of the essays is the clash of radically emancipatory aspirations with authoritarian tendencies; the former not helped by the civil war that began early in 1918 and the fear of invasion: workers’ management of factories shifted to hierarchic rule and the voluntary, paramilitary Red Guards coalesced into the centralised Red Army. Lenin began to grapple with the complex of dilemmas facing the Bolsheviks but too little and, with his premature death, too late: a slippery surface for the slide into Stalinism had been laid.

The Bolsheviks’ intention was the creation of a body politic free of the class injuries and the racism that had mobilised its revolutionary resolve. But the Civil War unleashed antisemitic pogroms in western regions of the former Russian Empire where Jews had been allowed to live. The violence, perpetuated largely but not exclusively by anti-revolutionary groups, presented Bolsheviks with the problem of working class and peasant support for racism.

Outbreaks of racialised violence reached fever pitch in Ukraine, with Red Army participation in attacks on Jews in the cause of anti-bourgeois liberation. Bolshevik leadership opposed this complex conjunction of class and ethnic categories but McGeever shows how effective resistance to it came to rely on small groups of non-Bolshevik Jewish radicals. The revolution of 1917, he argues, was ‘Russian Jewry’s moment of emancipation’ because of the way it gave life to progressive movements within Jewish cultural and political life over the previous century.

As many as 100,000 or more Jews died and McGeever’s Antisemitism and the Russian Revolution examines in granular detail what happened and the Bolsheviks’ responses. The Fate of the Bolshevik Revolution has a broader canvas, exploring the worthiness of the revolution’s intentions and the reasons for the eventual lack of success.