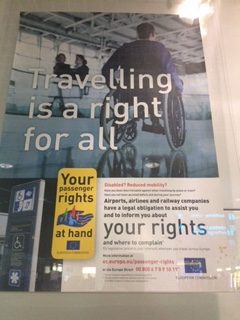 It’s now been around 850 days since the EU referendum and there is still no agreement as to what ‘no hard border’ means in practice. And yet, the Brexiteers promised us that it would all be so simple. That, as Tory MP, Liam Fox, infamously said: ‘the trade agreement that we will have to do with the European Union should be one of the easiest in human history’. The ‘leave’ campaign neglected to engage in any meaningful debate about the Irish border during the referendum campaign.

Any debate around frictionless trade was brushed off with nonsense on how Brexit would be glorious and Ireland would be chomping at the bit to similarly leave the EU, solving the issue. Since then, we have been told that technology that does not yet exist will ensure frictionless trade across the island of Ireland.

The People’s Vote campaign is a way to navigate our way out of a bad deal for Britain or worse still no deal at all. We all went in to the EU referendum in June 2016 in a state of ignorance. No one knew what leaving the EU would mean. So, while those of us who voted ‘remain’ may have known what we were voting for, we could have no idea what exactly we were voting against. The reverse is true for those who voted to leave. The momentum for a People’s Vote is growing across Britain – witness the 700,000 marching in London on 20 October. It is no surprise to us in Northern Ireland, the majority of whom voted to ‘remain’, that the Irish border issue is proving to be the stickiest of sticking points between the UK and EU 27.

Yet, in Northern Ireland the traditional parties predictably view Brexit through a sectarian lens. Nationalists have argued that the impact of a ‘hard’ border in Ireland would devastate the all island economy and this would be the worst possible scenario. Unionists argued that a border down the Irish Sea will impact on our trade with the bigger Britain market and that this is the worst possible scenario. This is an argument about degrees of harm. As Greens, as a cross community party, we see that any hard border will result in hardship in Northern Ireland.

The May government is now dependent on the DUP in the form of their confidence and supply arrangement. I can tell you that I have no confidence in what the DUP might supply. The DUP claims that Northern Ireland’s regulatory checks must not diverge from the rest of Britain. Our ‘Precious Union’ is everything to the DUP and we’re told Belfast must not be any different to Bradford, Birmingham or Battersea. Except when it comes to reproductive rights for women and equal marriage for our queer citizens that is!

The reality is that Northern Ireland is already treated differently, with agri-food products transported across the Irish Sea already facing checks. The threat of a border down the Irish Sea is the Project Fear that the DUP have been operating since its inception. There should be common cause in Northern Ireland to ensure that we have no ‘hard’ border anywhere on these islands by Britain remaining in a customs union, the single market and a ‘people’s vote’ on any final deal. 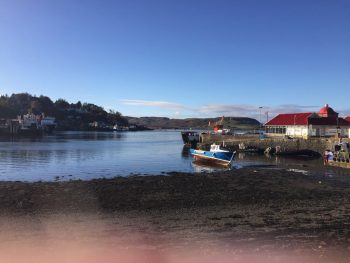 It is utterly irresponsible of the British government insist on leaving the customs union in the full knowledge that a ‘hard’ border will be the inevitable consequence. Twenty years of hard won peace could be put at risk and must be protected. The conflict in Ireland dates back over 600 years. It would be naïve to think that a relative peace of two decades is secure and there could never be a return to the violence of the past. Do not take my word for it – listen to the (PSNI) Chief Constable, George Hamilton, when he says that the police service is ‘working 24/7 to keep a lid on it’ – the ‘it’ being the troubles and conflict here in Northern Ireland. That’s the reality of this particular part of the ‘Precious Union’. So instead of denying the extent of this cluster for us here in Northern Ireland, give us a ‘People’s Vote’ to have the final say on any final deal.

Steven Agnew is the leader of the Green Party in Northern Ireland. He was elected as a Member of the Legislative Assembly for North Down in Stormont in 2011.