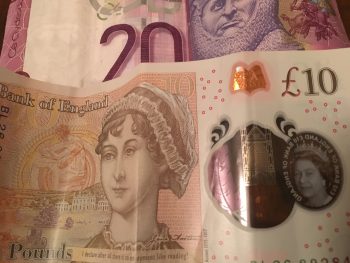 Scotland remains a heavily divided country. Our millionaires are like millionaires everywhere, enjoying the exclusive benefits of second homes, yachts and private schools, while our nurses, call centre workers and civil servants sweat each week to pay basic bills. This year’s STUC Congress will be dominated by these issues, and delegates will all agree that these inequalities will go on rising until we strengthen democracy in the workplace.

But what does this agreeable aim mean in practice? Its negative meanings are obvious enough: all delegates would like to overturn the disgraceful anti-union laws that weaken and disempower our members. Yet simply removing these restrictions is unlikely to solve the problem, since decades of repression and defeat have weakened the cultural fabric of workplace activism that we once took for granted.

The theme this year for congress is ‘educate, agitate, organise’. To ready our unions for a fight against inequality we’ll need a positive programme that includes changes to our organisational culture, not just to attract and retain members, but to get the workers themselves to taking charge of democratising our shops, factories and offices.

PCS is trying to show what this would look like in practice. Our national organising strategy is on building, growing and winning. We’ve pushed bottom-up as opposed to ‘top-down’ strategies. We’ve audited our language, to make sure everything we say and write addresses workers as the agents of change and as the managers of the union. We’ve tried to eliminate anything which positions workers as passively enjoying the benefits of membership, and instead we’re emphasising that the union belongs to them and that its actions are theirs.

All of this reflects our commitment to ‘deep organising’. This means changing what union officers do so we aren’t standing in for workers but coaching them in the arts of leadership. And when I say workers, I mean ‘all’ workers, not just those who automatically volunteer their services to the union. Our officers have been trained by American labor organiser Jane McAlevey, an expert on these approaches, to reinforce a change in our culture. It can be hard at times, but organising people who aren’t convinced by the union message is what organising should be about.

The PCS pay campaign shows how this can approach can achieve successes. After campaigning for nearly a decade against the Scottish Government’s adoption of the 1% pay cap from Westminster, we’ve finally achieved a breakthrough. Inevitably, it’s been replaced with another cap, but there’s nonetheless a growing sense of things getting better, because we’ve shown that barriers can be broken.

Where did this success come from? Among our officers we have great negotiators, smooth talkers and skilled professionals who work hard for the union. But we’ve always had that, and it’s not where our power lies: instead, our recent success came from increases in the organisation and activity of our lay reps and workers. By the time the 1% pay cap was officially scrapped, our union had delivered a record-breaking turnout in a national consultative ballot on pay. 98.9% of those balloted oppose the pay cap and 78.2% said they would take action if the government refused to meet our demand. This and other actions undoubtedly influenced Holyrood’s willingness to settle.

This small victory is badly needed. I’ve heard hundreds of harrowing stories from PCS members whose pay has been virtually static since 2009, in effect a 20% pay cut. Civil servants now take second part time jobs and rent out rooms in their homes to keep a roof over their heads and put food on the table. Many are hundreds of pounds a month worse off than they were four years ago. Any new income is welcome in this grim context.

However, while it sounds great to hear that Scotland’s public servants are getting a 3% rise, compared to the measly 1% from Westminster, the actual cash value of the award won’t transform the lives of the lowest paid. A member of staff on the lowest point in the pay scale would have received a £400 payment under last year’s policy; under this year’s ‘improved’ settlement, they’ll get £510. Month on month, the lowest paid are getting an improvement of £8.46. While the new pay policy is good news, it’s hardly a comfortable or proportionate rise when workers have been doing more for less for a decade.

So our fight continues. And if we really want to reverse the injustices of several generations, we need to remember whose agency can really threaten people in power. The Scottish public sector pay campaign is but one useful example of how unions can move entire governments. There are no shortcuts to these victories: deep organising can be slow work, but we’re already seeing the benefits, and we’re confident that we’re laying the foundation for real change in coming years. The 99% have been poorly served by the neo-liberal consensus, but many now remember little else. It’s our job to remind them of their potential, not to become a substitute for it.