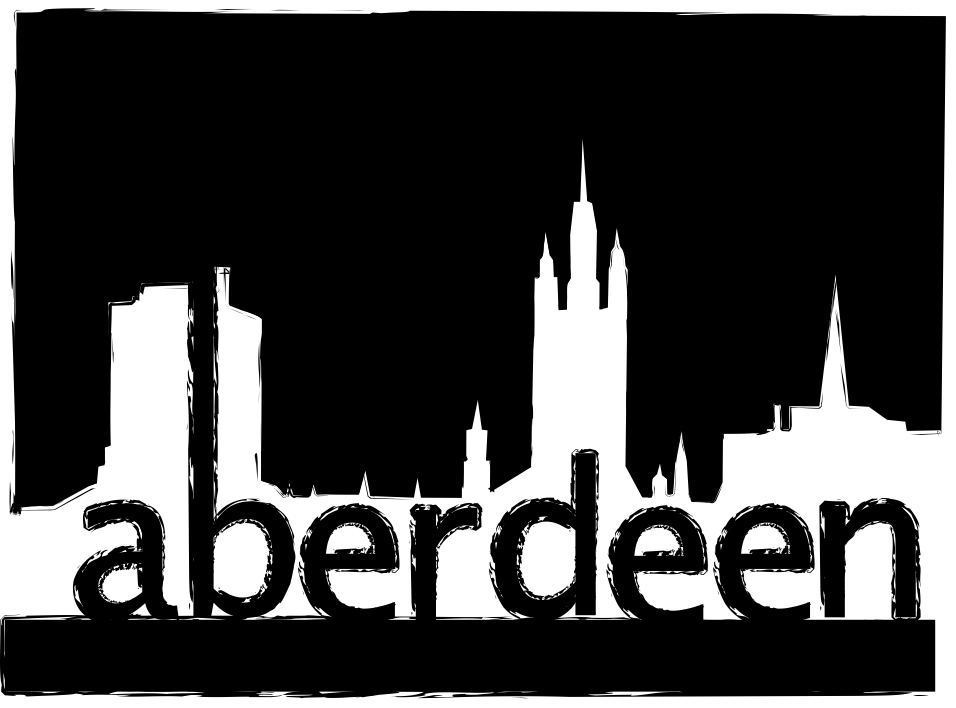 In April this year, the Policy Forum panel of the Scottish Economic Society addressed the implications of Brexit for Scotland. The consensus across the hundred international participants was that withdrawal from the European Union, and the single market especially, would overwhelmingly have negative consequences for the economy. There were no voices of dissent either publicly or privately in this regard, with all views across the spectrum of political economy clear about the impacts on workers, businesses, migrants and communities. A later conference of academics, politicians, policymakers, and business and civic society leaders at Heriot-Watt University in mid-May reached the same conclusions, spotlighting the imminent and ongoing problems for agriculture, education, financial services, rural communities and export companies especially. These meetings were informed by in-depth and intelligent analyses of labour markets, international trade, public finance and investment in particular and of the economy generally.

Presentations by trade unionists, farmers, employers and entrepreneurs complemented the modelling and commentaries on Scotland’s future from leading economists and were consistent with the approach of the Scottish Government as outlined by Michael Russell, the Minister for UK Negotiations on Scotland’s Place in Europe. The issues identified highlight that 180,000 EU nationals – most of them workers – are living in Scotland; 115,000 workers here are employed in EU firms; half of all international exports are dependent on EU markets; and many more jobs are in international companies attracted here to access the EU single market. Beyond this, many small and medium-sized enterprises (SMEs) as well as branch plants are intrinsically embedded into supply chains that stretch across the continent, able to realise economies of scale within the single market. Also, the Scottish economy has seen advantages from access to mobile workers from the enlarged EU in the period after 2004 which has allowed a change in the labour processes employed in food and drink, hospitality and agriculture industries in particular, benefiting rural Scotland and areas of sustained out-migration by offering the opportunity to retain and enhance value added here.

Against this background, all estimates of the implications of leaving the EU – as measured in terms of GDP, employment, and real wages – are of adverse effects on the Scottish economy. There is no avoiding a continuation of the initial negative results of the Brexit vote with increased inflation, falling real wages, job losses and postponed investment. In the longer term, even with standard remedial measures, GDP would fall under a Norwegian-style (‘soft Brexit’) relationship with the EU by between 2.0% and 3.1%, real wages by between 2.9% and 4.3%, and jobs by 1.2-1.8%; none of these is a trivial figure. A ‘hard Brexit’ would see GDP declining by about 5.3%, real wages by 7.2% and employment by 3.2% on average. There are no forecasts from any credible agency that do not offer similarly pessimistic scenarios, even on optimistic assumptions. The Norway model would mean continued membership of the four single markets – goods, services, capital and labour – but with no opportunity to shape EU rules and regulations, though contributions to the EU budget would be reduced by about 20%. The ‘hard Brexit’ or WTO (World Trade Organisation) model would mean a prolonged period of complex trade negotiations, reducing EU budget contributions and ‘freedom’ from the single market restrictions.

Considering standard measures of labour market flexibility shows that national, rather than EU, regulation dominates working conditions across developed countries. Therefore, Britain, with one of the most flexible labour markets in the OECD and the least regulated in the EU, itself has decided over the last 40 years to adopt such a neoliberal regime. This confirms both that workers are better protected everywhere else in the European Union that we are leaving, and that our current competitive advantages in securing inward investment and competitiveness are apparently reliant on being at the extremes of European labour market flexibility. The out-of-work benefits for those who retire or lose their jobs in Britain are poorer than any of our neighbours in the west and north of Europe and poverty for workers higher, again pointing to the EU as not being the constraint on better conditions for the working class of Scotland and Britain but something more nationally driven. Leaving the EU is indeed no guarantee of improved conditions for workers.

A major element in the Brexit debate and vote was around the impact of immigration on the wages of UK workers; reviews of the evidence (see footnote 2) show these are relatively small in aggregate. However, the analysis hints that low-wage workers may tend to lose out while medium and higher paid workers gain overall because of the segmented structure of Britain economy and labour market. While there may be substitution for low skilled ‘native’ workers, Bell and Elliott in a recent paper for the Royal Society of Edinburgh concluded that: ‘… the effects of EU immigration on employment and unemployment among UK natives do not seem to be significant’. Any demands on the public purse are also small from EU migrants with an expectation that they contribute in net terms in the short term and markedly positively over the years.

In summary, membership of the EU and especially of the single market for labour has been benefiting Britain’s economy allowing GDP and real wages to grow – other things being equal, the reason for stagnating and falling living standards for most being down to the austerity policies of the Westminster governments and establishment. If anything, the EU has offered some protection and lower limits to what Britain could do to its own. Going forward, we are asked to put faith in these national institutions to seek trade deals that will enhance workers’ rights and impose minimum labour market conditions?

So, is it just a matter of comparing the Norway model losses of a soft Brexit against the opportunities offered by the WTO model where the negative effects can be balanced by ‘… the benefits of international trade whilst simultaneously making sure that the workers share in the benefits from trading and are not exploited … reject[ing] any involvement in trade deals that threaten our public services like the NHS opening them up to competition from US and threatening them with legal action as would happen with TTIP’ as Neil Findlay and Alex Neil MSPs asserted in the November/December 2016 edition of Scottish Left Review? This appears to be the promise held out by those on the left who favour Brexit, of whatever form, including Labour under the leadership of Jeremy Corbyn who, according to the director of the Scottish Centre on European Relations, ‘shares the delusion that there is a ‘softer’ Brexit that gives full single market access while not respecting free movement of people’.

In brief, there are three basic scenarios facing Scotland and Britain: remaining in the EU, a ‘soft’ or a ‘hard’ Brexit. The former is the current position with all its flaws and needs for reform but, as revealed above, most of the economic issues impacting on workers – natives and migrants here – should be laid at the door of successive UK governments and their neoliberal approaches rather than as inherent to the EU itself. A ‘soft’ Brexit will lead to Britain continuing in much the same way as now but with reduced support to regions and industries and a reduction in inward investment. The scope to pursue renationalisation of the utilities, railways, ferries etc., to improve workers’ rights and introduce minimum requirements into public contracts would not be changed under a Norwegian or Swiss model of Brexit. Already we can find nationalised industries across the EU, much better employment and trades unions rights, innovative and inclusive forms of public procurement across the EU; the constraints on development and redistribution are to be found in Westminster and the City, not Brussels and Berlin.

That leads onto the apparent model that Labour and some commentators in the Scottish Left Review believe can be achieved with a ‘hard Brexit’ – an economy with trade deals negotiated where Britain is free to impose conditions that would not be possible within the EU umbrella. The reality would be somewhat different: outwith the tariff-free European Economic Area and without the weight of the powerful EU negotiators and market area to secure preferential deals, Britain would be disadvantaged from the outset. Without economies of scale and scope offered by membership of integrated supply chains, with further devaluation against major currencies meaning imported higher input costs, and excluded from access to funding and participation in networks and collaborations of innovation – funded by billions of R&D euros from the EU – Britain would be deficient in securing trade deals and markets on our terms. These would not be the conditions that strengthen the bargaining position to demand more favourable deals, where we set the standards and rights. Rather they would suggest a weakened and desperate economy trying to persuade trading partners across the world that they could overcome the higher costs of production created by withdrawal from the single market by identifying economies of scale and somehow quickly initiating a new industrial revolution; alternatively, the option is to pursue autarky or economic self-sufficiency, in a mass self-delusion that the country can achieve a reborn manufacturing sector alongside retaining its current expenditure on maintaining its post-colonial and imperialist world position. Given the legacy of low levels of workplace innovation and investment, ongoing low rates of productivity, high levels of poverty and inequality contrasting with offshored wealth, this is not the position to start making promises of jam tomorrow.

Brexit will hurt women, the poor, vulnerable and disadvantaged communities the most, according to a recent Scottish Women’s Convention report, and any debate must recognise this before suggesting a hard line, though even a soft leaving will damage all. Aberdeen will be the hardest hit city in Britain, and all Scottish cities will suffer. Working with progressives across the continent to reform the EU offers socialism, not a retreat into isolationism.